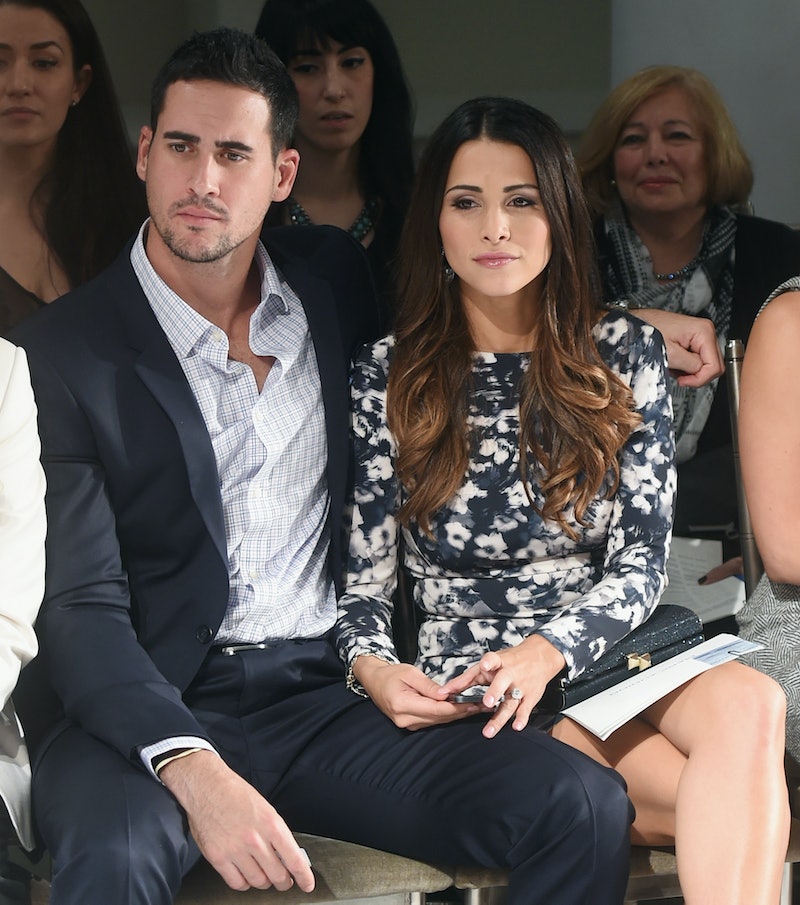 When most people have a breakup, they usually try their best to put it behind them, but if they're a Bachelor or Bachelorette contestant, it can be hard to ignore a failed relationship that was broadcast to millions over the course of a season of television. And, since Josh Murray is back in Bachelor Nation on Season 3 of Bachelor in Paradise , you may be wondering the timeline of what happened in Andi & Josh's relationship. They were only together for a very short amount of time, but the relationship was incredibly eventful. Keeping track of what happened to the couple during their short-lived relationship might help put into context what's happening between Josh and Amanda on Bachelor in Paradise, and what's been happening between Josh and Andi offscreen.

The pair spent their entire relationship in the spotlight, and it couldn't have been easy to have started their relationship while on a reality TV show. And, it wasn't even like it was a perfect union from the start. After all, on the show Andi talked frequently about how hard it was to make a choice between the remaining two men on The Bachelorette.

Here's how Josh and Andi both fell in and out of love.

Andi and Josh first met while their season of The Bachelorette was being filmed, which, according to Reality Steve, first started filming in mid-March. At first, he was just one of two dozen guys plucked from obscurity in order to compete for Andi's love. At first, they had some surface similarities — they're both charming, athletic Southerners — but Josh was relegated to the middle of the rose call-out order.

Josh was never in danger of being sent home without a rose, but he didn't make it to the top of Andi's list until the fifth episode, when he was picked for a one-on-one date on a boat and Andi gave him the first rose. That doesn't mean it necessarily happened five weeks after the premiere, since filming schedules may be longer or shorter than a traditional week. But around halfway through the season, Andi first began to pay attention to Josh on the show.

In the final episode, Andi narrowly decided that she wanted to spend the rest of her life with Josh instead of Nick Viall, and chose Josh in the finale, getting a proposal in response. The two seemed totally in love after the whirlwind of filming a Bachelorette season.

While their season of The Bachelorette was airing, Andi and Josh couldn't be in contact with another, or really live like an engaged couple. That was a major delay to them starting their lives together.

This reunion episode was super awkward. Nick Viall, feeling jilted after spending a night with Andi in the Fantasy Suite, exposed the fact that they had sex on national television. Not the best start to Josh and Andi's publicly-engaged life.

This period is when they actually got to know one another without all of the cameras. After the breakup, Andi confessed in a special Chris Tells All episode that she was so sure that she'd found the one that slowly realizing that they weren't a compatible couple was heartbreaking for her. According to People magazine, she even called the breakup the "biggest failure of my life."

The duo walked the red carpet at Chris Soules' Bachelor premiere party, but they couldn't have looked more awkward together as a couple. They broke up shortly afterward with a joint statement, according to E! Online.

When Andi's book, It's Not Okay , was released, fans were shocked to read Andi's claims of Josh's alleged emotional abuse.

What people didn’t know was after two shows, I had become a 27-year-old woman who walked on eggshells in her own home. What they didn’t know is I was trapped with someone who, in my opinion, often behaved like an emotional abuser. Yes, I said it, and I’m not taking it back.

Josh has since denied all the book's claims in a statement made on Bachelor in Paradise."I can't comment on specific things in any kind of book that my ex has written, because it's a fictional story," he told the cameras during a talking-head. "There's stuff that's so ludicrous; how do you comment on stuff like that?"

Andi is seemingly standing behind her words, tweeting this shortly after Josh joined Paradise.

When Josh walked into Paradise, it reopened the conversation between his fellow contestants about his past with Andi. It seems no matter how much time passes, The Bachelorette is still looming over them and their future relationships.