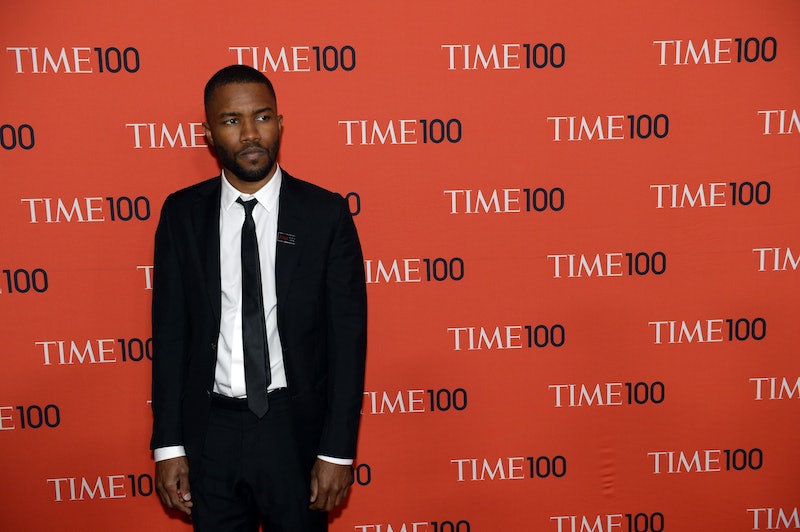 It seems a little silly to finally receive not one, but two Frank Ocean albums in one weekend and then immediately be looking for the next. And yet, here I am, wondering if Frank Ocean will release another album by 2017. But there's a reason for my hopefulness, which goes back to a tweet from Ocean in 2011. Unfortunately, the singer took down his Twitter and Instagram in 2013 due to, as he put it in his Tumblr, "intuition" — but Redditor ColdFriday recently reminded fans of the intriguing tweet, writing, "If you guys remember the old Frank tweet, he said he wanted to finish 5 albums before 30. He has NU [Nostalgia, Ultra], CO [Channel Orange], Endless and BoysDontCry [Blonde] on the way. Think he'll release another album the two years before 30??"

Maybe Ocean doesn't remember his Twitter promise, but the artist is 28 years old, turning 29 in October so if the five albums by 30 thing is still something he hopes to accomplish, that means he's got just a little over a year to create another album. Based on his past turnaround on albums (see the hugely long wait for the album formerly known as Boys Don't Cry ), I'm not entirely sure that's enough time for the artist to put out new work, as much as fans would like to see it happen.

But perhaps the tweet wasn't meant to be taken seriously. Redditor dovenestedtowers surmised that fans actually interpreted the tweet incorrectly, jokingly writing, "Plot twist: He didn't mean age 30; he meant 2030." Um, please don't even joke about things like that. Though, with Ocean's album release pace of recent years, this timeline doesn't actually seem completely out the realm of possibility.

In any event, fans just got our mitts on a long-anticipated Ocean album and an accompanying visual album with Endless, so I think we should all take some time to ruminate on what we've got rather than theorize about what else is to come. But I can totally understand the hope for something more. Once Ocean drops music, we all become ravenous, wanting more and more of his sweet voice and beautiful rhymes. Any bit of Ocean's music that we get is majestic, and we should be more than happy with the two (!) albums we got.

Now, let's not pester Ocean for the next year about when he'll next drop an album. Let's try to wait patiently this time, guys. Learn, analyze, and memorize all the lyrics to Blonde first, and then commence the waiting process. Who knows, maybe Ocean will surprise us all and drop an album by his 30th birthday. It's not likely, but hey, I am ever so hopeful.