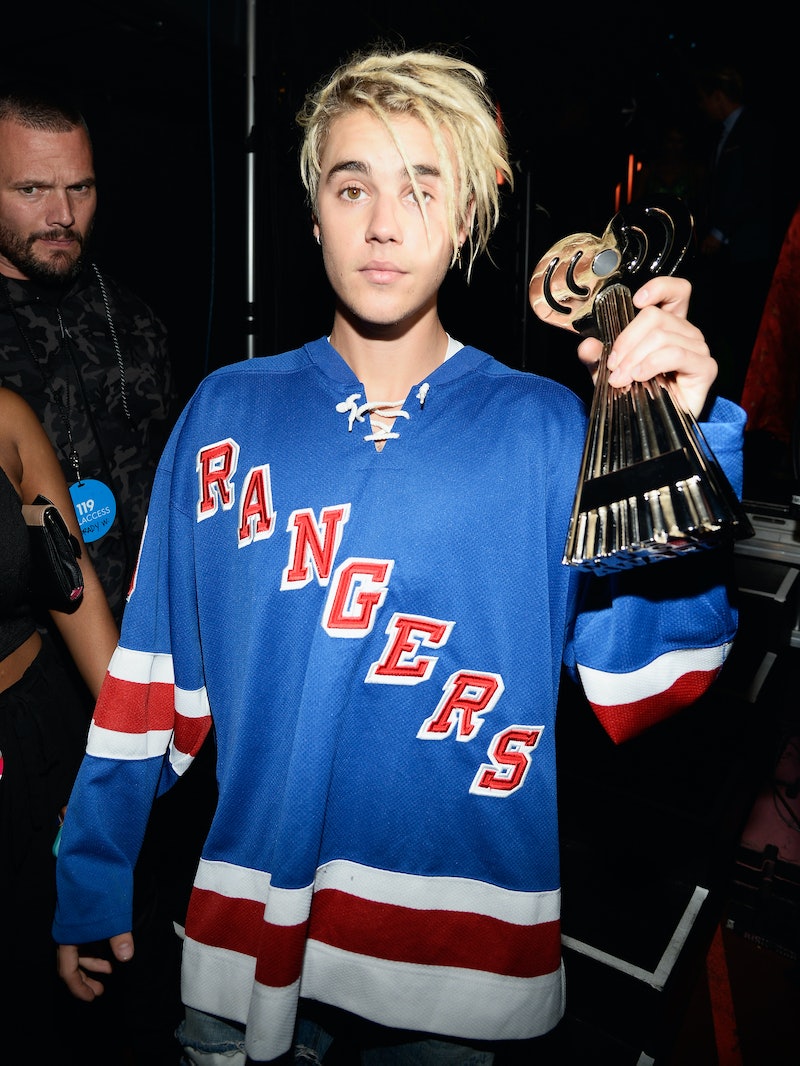 Justin Bieber is up for three VMAs this year, including Video of the Year for "Sorry" — these are facts. But trying to decipher his dating life is a little more confusing, especially because he's been linked to three different women in as many weeks. (If the names Sahara Ray, Sofia Richie, and Bronte Blampied don't ring a bell, they should: Bieber's been rumored to be dating every one of them within the past month.) TBH, it's tough trying to figure out all of Bieber's rumored relationships, but what better time to break it down than right before the VMAs?

Remember when the Biebs was photographed by paparazzi skinny-dipping in Hawaii two weeks ago? Next to him in those skinny-dipping waters was model Sahara Ray, who was immediately linked to Bieber in the aftermath. (Interestingly enough, third rumored girlfriend Bronte Blampied was also on vacation with their group, as evidenced in this Instagram photo). As The Daily Beast reports, Ray became friends with Bieber after dating Cody Simpson, which actually adds more evidence to the fact that they're probably not an item. Bieber was also rumored to be dating Gigi Hadid at one point several years ago (another Simpson connection), which never actually happened. So the fact that Ray is Simpson's ex could be a good argument as to why she is not Bieber's girlfriend — he and Simpson are just too close.

Next, let's talk about Richie. This relationship seemed to be the most legit, because there is actual photographic evidence of the two holding hands and cuddling (not to mention many, many selfies of them together). Secondly, Bieber so publicly stood up for the 18-year-old (who is Lionel Richie's daughter and the younger sister of Nicole) against fans who were hating on her that he wound up reportedly getting into a fight with his ex Selena Gomez about it and completely purged his entire Instagram.

And lastly, the Biebs was most recently linked to model Bronte Blampied, with whom he was partying with in England. Honestly, there's not too much evidence that these two are an item except for the fact that they were spotted in cars together and went to clubs together. Plus Blampied, who is allegedly friends with both Richie and Ray, was also on that infamous Hawaiian vacation with Bieber, so it totally stands to reason that they're just friends.

Oh, Justin Bieber and your dating life. What a tangled web you weave.