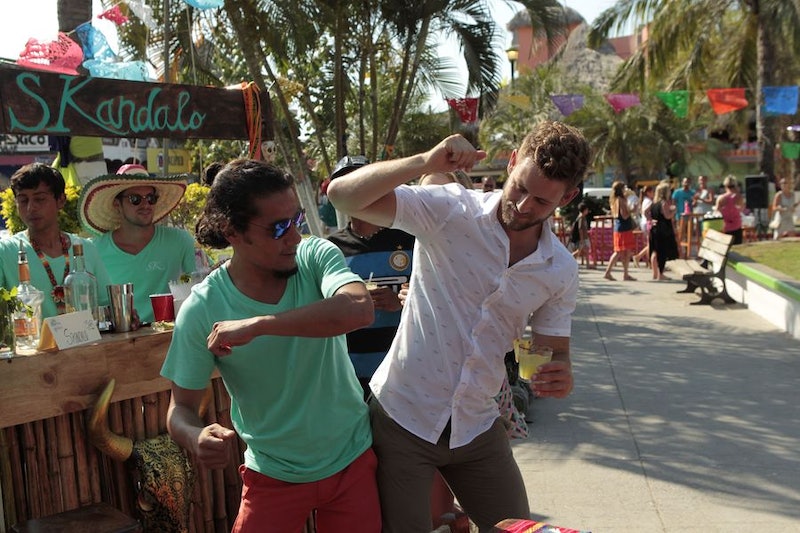 Just when you start to think that Nick Viall is doomed to a life of looking for love on reality television shows and humiliating himself at the very end, things may be looking up for Bachelor Nation’s saddest suitor. Now on Bachelor In Paradise 3 , Nick looked like he was all into Amanda Stanton, who quickly fell into the arms, well, lips, of Josh Murray, Nick’s nemesis from Andi Dorfman’s Bachelorette season. But, a new week in Paradise brings new blood, and Jen Saviano seems like she’s here to rescue Nick’s heart from oblivion. Are Nick and Jen engaged after Bachelor In Paradise ?

Nick came to Paradise off of Andi and Kaitlyn Bristowe’s Bachelorette seasons, and Jen got minimal screen time on Ben Higgins’ season of The Bachelor. Nick acted hurt when Amanda chose Josh over him on Paradise, but Amanda told Hollywood Life that her date with Nick wasn’t even that great. “I almost felt like he was holding back because he knew he was waiting for Jen to arrive and didn’t want to lead me on,” she claimed.

AfterBuzz TV, Nick addressed Amanda's claims, saying that he didn't go on Bachelor in Paradise just to meet Jen, but did tell Amanda that he was interested in meeting Jen if she did show up. And, show up she did. She and Nick hit it off pretty much immediately on their first date, which involved making out in the sand until they were attacked by a pack of wild crabs (for real — it wasn’t editing). But even that couldn't ruin their time together.

Now, things seem like they’re going well for Nick and Jen, and since the show is like, a month long in filming, I’m going to assume that Jen is the gal that Nick wants to be with on the show. We’re already five episodes in — we’re running out of daylight here. The original promotional trailer for Bachelor In Paradise showed Nick looking at engagement rings saying stuff like, “I know this is the person, I’m in love.” Now, he’s said this, oh, two times before, but it could stick this time, right? Maybe?

That’s hard to say. If you look at their respective Instagram accounts, for instance, Nick is hanging out with the Ferguson twins and Jubilee and some other people from Bachelor In Paradise 3, but there’s no Jen in sight. He’s also doing general Bachelor Nation promo, which some have argued that is his vying to be the next Bachelor, since the options for that one are Vanilla and Vanilla Bean, and Nick would be a good third choice.

Jen, on the other hand, has seemingly gone back to her normal life and sponsoring products on Instagram, just like all of the other Bachelor Nation stars do.

Some of the other Season 3 couples like Grant and Lace haven’t been exactly quiet about their coupledom, so either Nick and Jen are engaged and really good at keeping a secret, or they broke up in Paradise. Just because Nick looked at rings while on the show doesn’t mean he got engaged. It could just be one of The Bachelor’s famous false promo clips. We’re not getting an easy answer out of this one — we’ll just have to watch the rest of Bachelor In Paradise to see if Nick and Jen end up happily ever after.