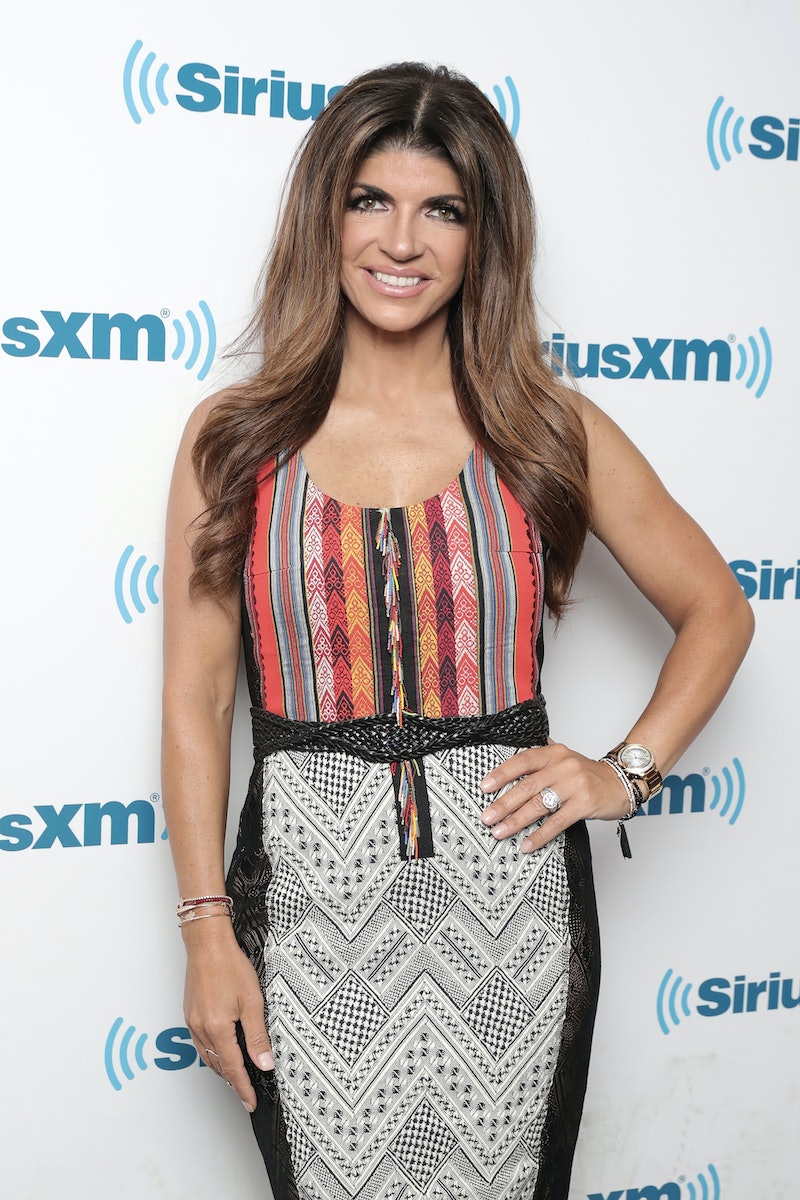 As Season 23 of Dancing with the Stars ramps up its casting efforts, word on the street has been that Teresa Giudice was reportedly considered for a space on the dance floor. But just in case that news makes you want to spin pirouettes around your room, hang tight for a minute, ballerina. It might not be all sunshine and roses as far as this news is concerned. As reported by a statement from her lawyer, Giudice apparently turned down a place on the Dancing With The Stars cast because of personal reasons.

Honestly, though I would have loved to see Giudice on the show — it's good, entertaining fun after all — I feel like this was the best decision for her. Considering all that fans know about Giudice from Real Housewives of New Jersey and her book Turning Tables, it’s a good thing that Giudice postponed her place on the show for the time being because she's got a whole lot of other stuff going on in her life at the moment. Another gig, especially one as awesome as DWTS, would have been cool, but also potentially too much on her plate when she's solely focused on her family for the time being.

In an exclusive statement to E! News, Giudice's lawyer Leonard said that, "Dancing With The Stars approached Teresa about doing the season that aired in March, but unfortunately with Teresa having just come home and with Joe Giudice going away in March, [the reality star] had to decline the offer."

And that makes complete sense to me. Not only had Giudice’s husband just left home for a 41-month prison sentence, the reality star and her four young daughters are all located in New Jersey. Even if a professional dancer from the show could make the trips to the sunshine state to rehearse each week’s dance, Giudice would have to make — at minimum — weekly trips to Los Angeles for the shows' live tapings. I mean, plenty of stars have done it before, but they didn’t have the same circumstances Giudice does.

But just in case this potential casting was the most exciting you've heard in years, take heart: There’s still hope that Giudice could be on the show. In the same statement to E! News, Leonard said that, “If the timing is right and both sides are interested, I could absolutely see [Giudice] doing the show at some time down the road."

See! There’s hope yet. So hang tight, everyone: Giudice may still grace that infamous stage yet.