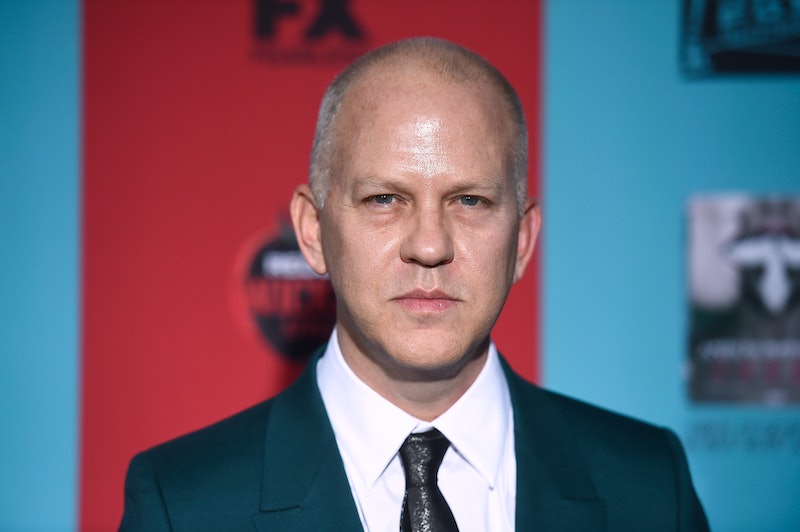 OK you guys, it's not funny anymore. Just tell us: What is American Horror Story Season 6 about? It's the question that has plagued fans of the FX anthology series for months. Usually, creator Ryan Murphy announces the subtitle, theme, and cast of every impending season in January or February of each year, months from its general summer premiere; now, we're about three weeks away from the season premiere and we have no idea what the latest iteration of the horror show is called, what it's about, or who most of the cast will be. But now showrunner Ryan Murphy is here to stoke the fires of speculation — not just about the upcoming über-mysterious sixth season, but also about the long-term plan for the anthology: while it hasn't yet been officially renewed, Murphy promises that AHS will return for Seasons 7 and 8… at least.

That revelation came in an interview with The Hollywood Reporter, when Murphy was discussing the reasoning behind Season 6's secrecy. "The show is in its sixth season, and we've always done everything by the book," he said. "We wanted to [create a] different experience for the fans this year. But that doesn't mean we'll do that for Season 7 or even Season 8." When asked to clarify whether AHS had already been quietly renewed by the network for future seasons, Murphy stated:

They haven't officially been picked up yet by [FX President] John Landgraf — he and I always talk at the end of the year and decide how many we want to do. But John has always said, and I have always agreed, that this is a show that could be like The Twilight Zone and run for multiple, multiple seasons and have its own inner mythology. So that's how we're approaching it. I'll keep doing it for as long as we have the ideas and the momentum. I really love doing it.

While it's nice to hear that AHS probably isn't going anywhere anytime soon, the juiciest tease in that statement might be hidden inside Murphy's reference to CBS' popular 1960s series. One of the many theories bouncing around about Season 6 claims that the network is being so secretive about the new season because it will change format completely; rather than telling a new story each season, the theory suggests the sixth season will tell a new story every episode , just like the classic horror anthologies of yore including The Twilight Zone, The Outer Limits, and Tales From The Crypt. (Also according to the theory, that's why all the Season 6 promos have been different, as a hint towards the show's newfound episode nature.)

Whether that theory turns out to be true or not, Murphy swears that he has a long-term plan for AHS. After he confirmed once again that "the seasons are connected, for sure," the showrunner teased to THR that viewers will "see [those connections] this season, and then you'll really see it after this season. We lay a lot of pipe, and you'll see it explode in Seasons 7 and 8."

While we'll just have to wait and see what those connections will look like, at least we can put to bed the idea that Murphy is being so secretive about Season 6 because it'll be the last season of American Horror Story — clearly that is not the case. It sounds like, no matter what surprising shape the upcoming installment takes, Murphy's anthology series will be here to haunt our nightmares for a good long while.