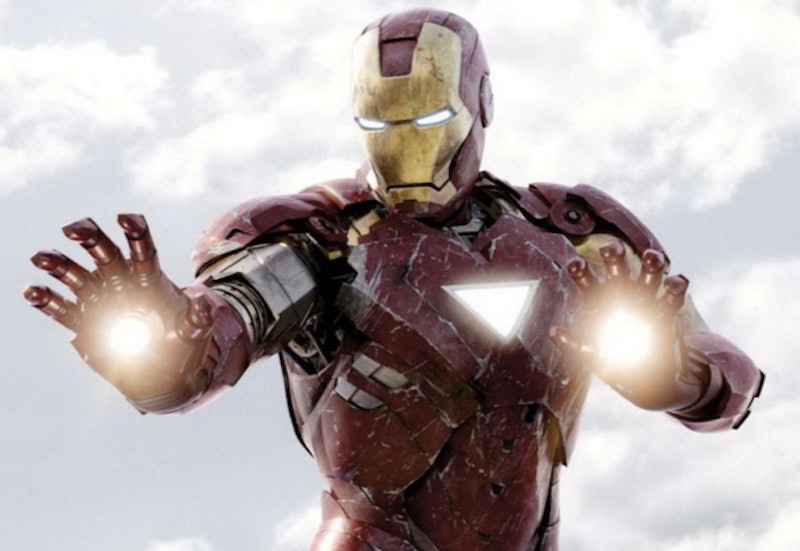 Marvel will introduce their female Iron Man in November 2016, in Invincible Iron Man #1, and she finally has a name. Rather than being called something predictable like Iron Woman or Iron Girl, the new character is named Ironheart. While I'm not sold on the name, the character in question sounds all kinds of awesome, and is an exciting addition to the Marvel family. Riri Williams, who's a total science genius, started MIT when she was only 15 years old, and reverse-engineered one of Tony Stark’s suits at college. It's definitely time to celebrate the fact that a female Iron Man is coming in November, but is Ironheart really the best name for her?

Iron Woman seemed old fashioned... Iron Maiden looked like a legal nightmare. And Ironheart, coined by Joe Quesada, after I told him my planned story for Riri, speaks not only to the soul of the character but to the Iron Man franchise as a whole. Tony first put on the armor to save his heart. Riri puts it on for different reasons altogether but still heart-related.

Bendis's explanation for Riri's superhero name makes sense, with hearts playing a central role in Iron Man's story. But there's something a little stereotypical about having the word heart in the female Iron Man's name — especially considering how often women are delegated to the trope of being the "heart" of the group or motivating men via being their love interest. For me, it's impossible not to wonder if she could've had an altogether more kick-ass name instead.

But, instead of focusing on the negatives, I'm choosing to concentrate on the positives relating to the latest incarnation of Iron Man. As Wired reports, "Marvel is moving toward a more inclusive universe," and Riri is an important part of that transition. The writers have chosen a black woman to replace the traditionally white and male Iron Man, and Riri Williams is helping to bring a much needed change to the Marvel universe. With so many superheroes typically being white and male, the universe can often feel exclusive and difficult to relate to. By introducing a ridiculously talented and smart female role model into such a well known part, Marvel appear to have listened to the wants and needs of their fan base.

Clearly, change is still needed, and that's no more evident than in the inevitable backlash that resulted from the "announcement that an African-American woman would replace Tony Stark." While this is obviously a moment worthy of immense eye-rolling, it's proof that the comic book universe has a long way to go when it comes to accuracy and equality in its character representation. It's 2016, and there shouldn't be a war in the comments' section every time it's announced that a woman is joining the superhero ranks.

Whether or not you're into the name Ironheart or not, the most important thing is that Iron Man will soon be a woman, and I'm more than OK with that.

More like this
The 'Spiderhead' Movie Ending Is Nothing Like The Short Story It’s Based On
By Morgan Leigh Davies
16 Novels That Paint A Realistic Portrait Of Abortion
By K.W. Colyard
Adele’s All-Female Lineup Includes Kacey Musgraves, Mahalia, & Self Esteem
By Shahed Ezaydi
Ottessa Moshfegh Is Happy To Be Your “It” Girl
By Arya Roshanian
Get Even More From Bustle — Sign Up For The Newsletter