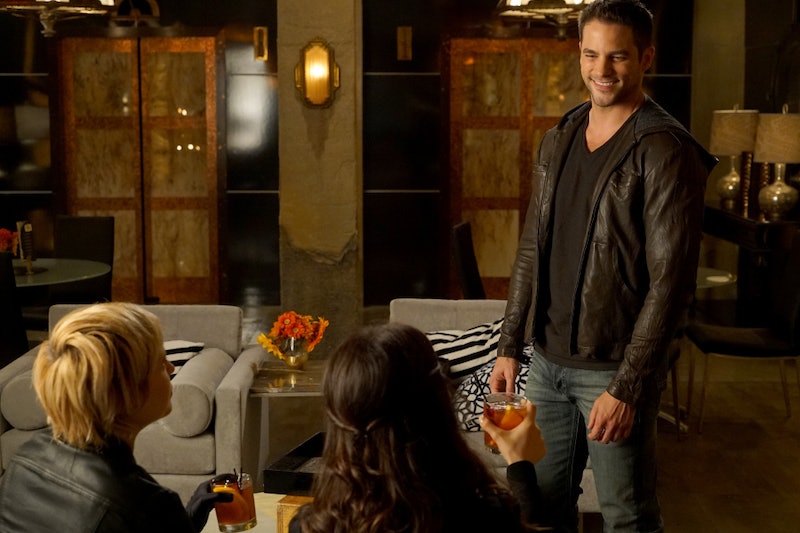 Just when you think Noel Kahn can't get any creepier, we see him smearing blood all over an unconscious Spencer in the dollhouse. Yup, it turns out that Noel was actually Charlotte's accomplice on Pretty Little Liars , meaning he's had a hand in everything that has happened to them pretty much this entire time. Not only that, but it also means he was a lot closer to Charlotte than we ever realized, which means he would most certainly be upset over her death. But would his grief and involvement in Charlotte's life be out of concern for a friend or could this mean that they were connected in a much bigger way... like maybe even siblings. Could Noel possibly be Mary Drake's son? The evidence is certainly starting to pile up.

We know that Charlotte had multiple helpers throughout her reign as A, but we also know that these positions were only reserved for those she could trust. And considering the creepy and downright horrible things she was clearly having Noel do, I'd say they were definitely close. And, of course, the court documents Jason and Aria were able to uncover revealed that Noel's dad, Steve Kahn, was the judge residing over the baby's adoption. The rest of the paperwork was pretty well redacted, but it seems too big of a coincidence that Noel's dad was so closely connected to the case. In fact, it could very well indicate that he ended up adopting Noel as his son during the proceedings.

But let's not forget that Pretty Little Liars rarely gives us all the information we need to get the full truth out of any story. There's always the chance that Noel was being blackmailed by Charlotte and wasn't doing any of those terrible things on his own free will. Granted, that still wouldn't make what he did right, but it certainly would lower his creep factor a little bit and make him not quite as horrible as he is coming across right now.

But if we can take that video and Steve Kahn's connection at face value, then Noel could very well be the mystery baby we've been looking for. He certainly seems to have a knack for being A's accomplice. Perhaps that talent runs in the family.