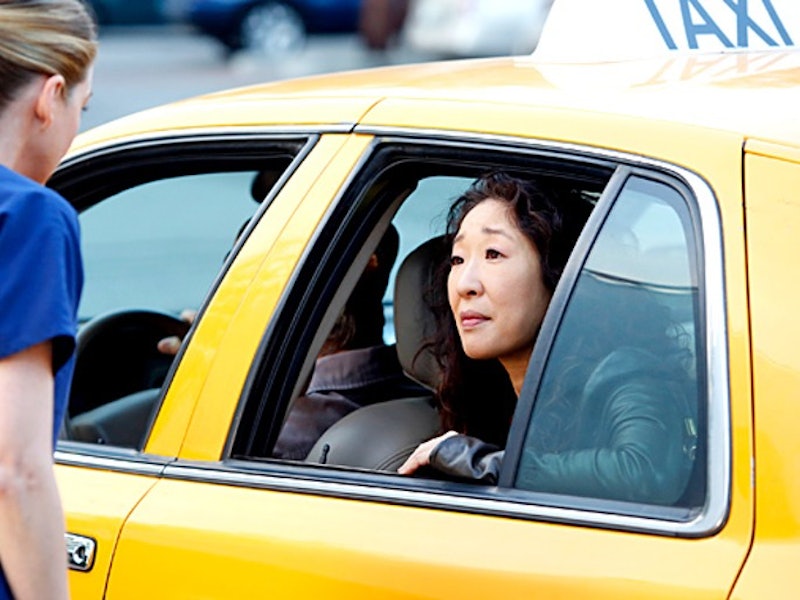 Who could ever forget a character as amazing as Cristina Yang on Grey's Anatomy ? Her work ethic could only be matched by her sarcastic one-liners and her skills as a surgeon were as flawless as her dance moves. And that's what made saying goodbye to her so difficult. How can you continue a show without one of its most beloved characters? It's a challenge the ABC drama has been forced to grapple with for a few seasons now... but it may finally be time to welcome Dr. Yang back into the fold. Will Cristina Yang return to Grey's Anatomy Season 13? It's been a question that fans have been asking at the start of every season. And while we have yet to reap any real rewards from this speculation, it's looking more and more likely that a return could actually be possible — and very soon.

In a recent interview with TVGuide.com, Kelly McCreary, who plays Meredith's half-sister Maggie on the series, revealed that Shonda Rhimes plans to shift the focus of Season 13 back onto the original core characters that are still on the show, such as Alex, Bailey, Richard, and, of course, Meredith herself. So if that's true and Grey's Anatomy is really going back to the basics, then viewers should expect to get a strong Season 1 vibe when the doctors scrub in this fall.

"After such a long period of time and so many new people coming in and out, they remain the foundational characters of the show," McCreary explained to the site. "We're gonna be spending some more time with them to check in with where they are. The way that we spent time with Meredith last season, exploring the major shift in her life, the loss of Derek, I think we can expect to see those doctors being explored where they are in this moment, all these years later, the changes that they've gone through." Sounds pretty great, right? But could this also mean that other original characters will find themselves back at their old stomping grounds as well?

As of now, no official announcement has been made in regards to whether or not Katherine Heigl or Sandra Oh will return to their roles of Izzie and Cristina, respectively, but Oh has specially expressed in the past her willingness to don Yang's scrubs once again if the opportunity presented itself.

Understandably, there are some who remain skeptical at the possibility of her return, not because they don't miss Cristina, but rather they don't want to see her come back just to create problems for the newly married Owen and Amelia. It's a valid point that I wholeheartedly agree with, but there are still plenty of ways to re-introduce her character in a non-love triangle sort of way.

Considering everything that Meredith has been through over these last few seasons, it'd be great to see her "person" come back into the picture and be by her side once more. Not to mention, Cristina is one of the most accomplished surgeons on the show. All of the Seattle doctors, both old and new, could learn a lot from her presence and help make Grey Sloan Memorial the No. 1 place to practice medicine. Sure, Cristina had some epic romances on this show, but there's far more to her than just that, which the show could really capitalize on this season.

Suffice to say, if Grey's really wants to highlight the original characters, it can't truly be done without the likes of Cristina. So if there was ever a time to bring her back into the fold, this would be the perfect opportunity to do it.