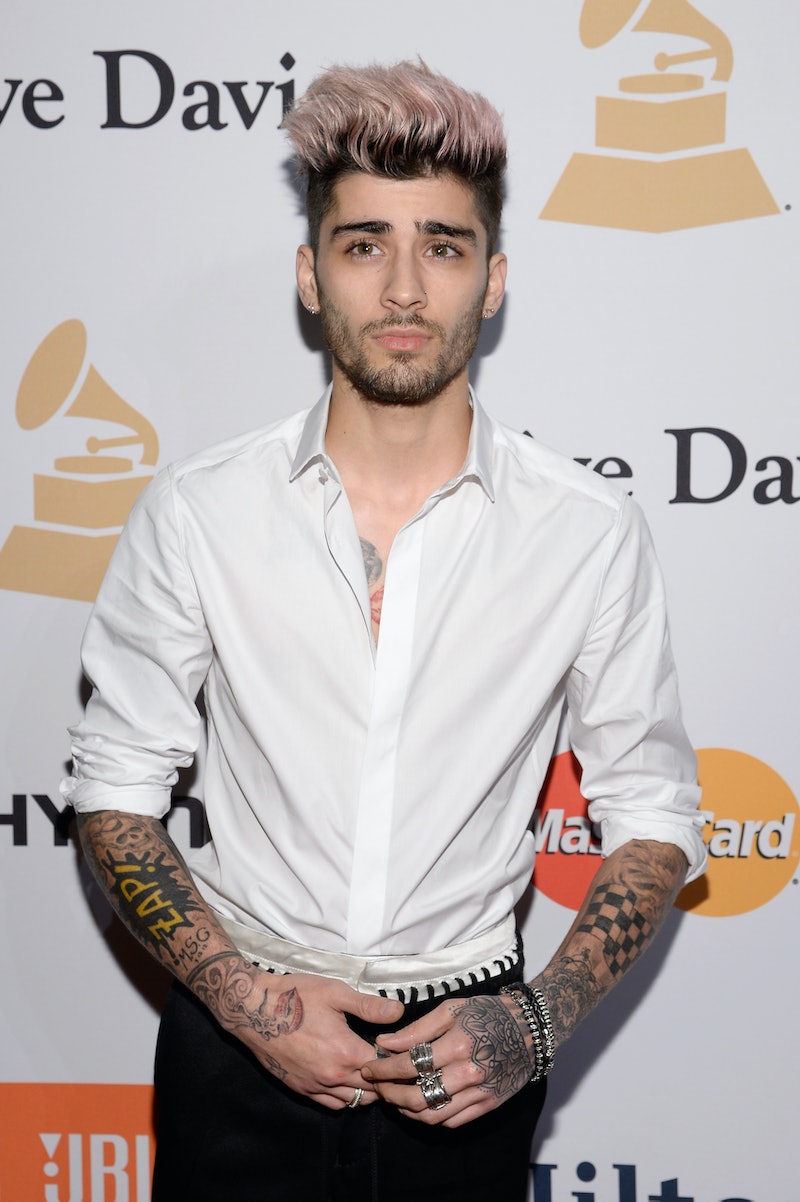 While New York City gears up to be invaded by the MTV Video Music Awards this weekend, everyone wants to know if their faves will be in attendance. Will Taylor Swift and Calvin Harris make an appearance? Is Britney Spears really performing? Who will walk the red carpet? And, for all the One Direction and Ztans out there: Will Zayn Malik be at the VMAs?

First of all, Malik isn't actually up for any awards this year (unless you count his "Pillowtalk" music vid being nominated in the Best Visual Effects category, and I'm pretty sure that award would go to his visual effects guy), so there goes that opportunity. In fact, there haven't even been many rumors about the "Like I Would" singer attending the VMAs this year — as opposed to this time last year, when there was some serious buzz that Malik would be performing (and maybe even collaborating with The Weeknd). Interestingly enough, that never ended up happening — and Malik didn't even attend the award show last year. He also hasn't been on any of the lists released yet from MTV of the performers and presenters. So yeah, it's probably a safe bet that Malik will not be in attendance at the VMAs in 2016.

Which, as I understand it, most likely has fans like:

But hey, maybe the guy is busy relaxing: After all, he just got back from vacation in Tahiti with Gigi Hadid and his family. Not that he needs a vacation from his vacation, but he could still be in "yeah, I'm gonna chill for a second" mode. Plus, he has been outspoken about his anxiety before, and maybe he just needs to take some time for himself as opposed to being inundated with flashbulbs and reporters and everything that such a high profile event entails.

But then again, who knows: Maybe he'll surprise everyone. After all, who could complain if Malik did show up?

More like this
Twitter Is Upset About The 'American Idol' Top 3 Results: "Who TF Is Voting?"
By Jake Viswanath
Stormi Just Walked A Red Carpet With Mommy Kylie Jenner & Daddy Travis Scott
By Hugh McIntyre
Kourtney & Travis Crashed His Daughter’s TikTok Live In Their 2nd Wedding Outfits
By Grace Wehniainen
Is Megan Fox Pregnant? MGK Gave A Shout-Out To Their “Unborn Child” Onstage
By Hugh McIntyre
Get Even More From Bustle — Sign Up For The Newsletter