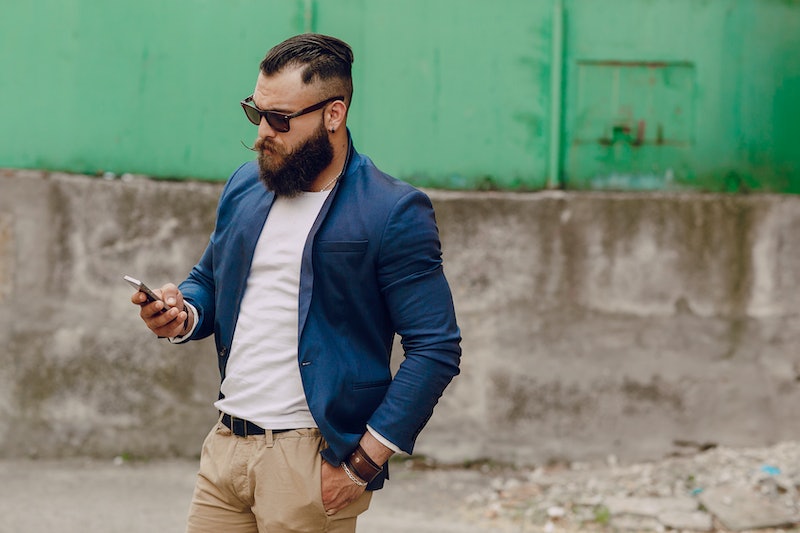 New York City is a place where people come to fulfill their dreams and, if they’ve overdosed on too much Sex and the City (as I did), find their Mr. Big. Because, as we all know, Sex and the City is super realistic… oh, just look at my closet of heels I’m magically able to afford as a freelance writer. But thanks to Tinder, finding that Mr. Big has never been easier. Boasting 26 million matches every day and more than 11 billion matches since its launch, dating app Tinder has become the stomping ground for millions of people, worldwide, to find love, relationships, or even just a hot one-night stand.

But because New York City is pretty much the epicenter of the world, er, country, Tinder announced that the dating app analyzed data from January 2016 to July 2016 to see which careers, for both men and women, are most desirable and are more likely to get a right swipe in the city that never sleeps.

So what are the men's careers that catch the eye of fellow New Yorkers enough to result in a right swipe? Here are the top five.

Coming in at number five on the list is financial analyst. I’m going to assume that a financial analyst, being that they work with finances, probably make a decent amount of money. Personally, I find this somewhat appealing, because I’ve been meaning to go to Per Se and maybe a date with a financial analyst will lead to that. Hey, I think that as long as the gender wage gap exists, fair is fair.

I don’t know if it’s a muscle thing or maybe the hope of scoring some training sessions (YES!), but men who are personal trainers get quite a few right swipes, putting them at number four on the list.

I have a lot of respect for nurses. A lot. However, when it comes to male nurses, I just can’t help but think of Meet the Parents, where Greg Focker is a male nurse. Which then makes me thinking of Ben Stiller telling Robert De Niro that you can milk anything with nipples. But my spiral into the 2000 film aside, guys who are registered nurses, are raking in the right swipes on Tinder.

Not too surprisingly, especially in a city where money and greed often reign supreme, men who are CEOs or entrepreneurs comes in second place in the top five most right swiped careers in New York City. Wolf of Wall Street, anyone?

Number one on the list? Engineer. Engineers, in general, have it in the bag. They’re smart, creative, and it’s not like they’ll find themselves jobless often, because everyone can always use an engineer, so there's a sense of stability in their lifestyle. Sure, the struggling artist is hot AF, but when it comes to having an equal partnership, people are more likely to swipe right on those who appear to have their sh*t together. Engineers definitely fall into that category.