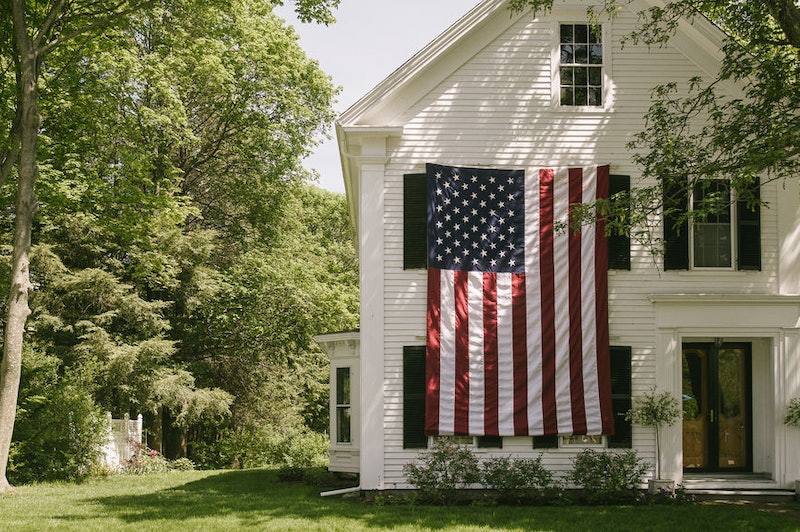 Let's get right to it — we celebrate a lot of holidays that incorporate the grand ol' American flag, and sometimes it can get a little complicated as to which holiday represents what. For example, how is Labor Day different than Memorial Day? They both fall on Mondays, they both usually require an outdoor event, and they both usually come equipped with plenty of seasonal beer.

Besides that, these two holidays are completely different. (But hey, it's OK if you didn't know that right off the bat. Again, it can be a little confusing sometimes.) Labor Day celebrates the American labor movement, as well as the American worker. Memorial Day is a day to remember all of the brave soldiers who have died while in service. Both are extremely important for many reasons, and both honor people who make our country grow stronger every year.

Way back when, Memorial Day was referred to as Decoration Day, since graves of the departed were often decorated with flags, flowers, and celebratory memorabilia. The first national celebration was lead by James Garfield, who watched 20,000 graves get decorated out of respect and love, back in 1868. In 1971, it was established that "Memorial Day" would always be celebrated during the last Monday of May.

Labor Day, however, is celebrated on the first Monday in September. The basis behind it is the fact that our country flourishes due to the strength and honor of the American laborer.

Interestingly enough, it's disputed as to who actually started the day. Some believe that a man named Peter J. McGuire started the tradition, while others think that Matthew Maguire started it up back in 1882. It's an interesting coincidence that they both have such similar last names. McGuire founded the United Brotherhood of Carpenters, while Macguire was a leader for the Central Labor Union of New York.

According to History.com, Americans worked an embarrassingly large number of hours around the time that Labor Day was established. Think 12-hour days, seven days a week. Very young children were also exposed to hard work, unlike today. Eventually, situations were so dire that people fought back, demanding a holiday specifically for the working man.

Of course, they succeeded. And now, the holiday (much like Memorial Day) is celebrated with family time, a little bit of relaxation, and some really good food. The time between Memorial Day and Labor Day is actually the key season for hot dog consumption — in fact, it's been figured that Americans eat about seven billion hot dogs between the two holidays. For many, Labor Day is the official end of summer, as it coincides with the time that many children head back to school. Memorial Day, on the other hand, marks the start of amazing weather, gardening opportunities, and a super short wait for summer.