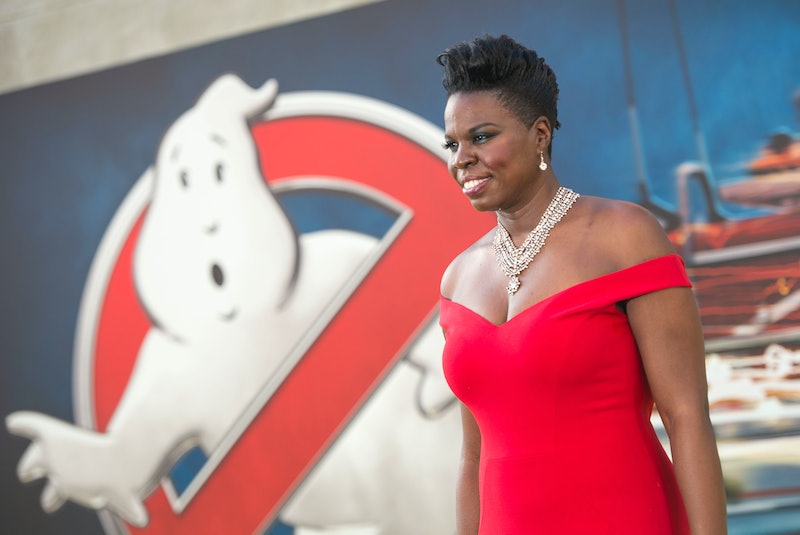 On the afternoon of Wednesday, Aug. 24, comedian and actress Leslie Jones' website was hacked — among other things, hackers posted her personal contact information, images of her driver's license and passport, and private nude photos of the actress. In addition to a horrifying violation of privacy, the most recent online attack against Jones is fraught with sexism and racist harassment. Luckily, Jones has more supporters than detractors — in the aftermath of the hacking, the hashtag "I Stand With Leslie" was trending on Twitter as celebrities and everyday people alike showed their support for the actress.

The first people to come to Jones' defense were, unsurprisingly, her co-stars and colleagues.

"What's happening to @Lesdoggg is an absolute outrage," Paul Feig, director of the Ghostbusters reboot Jones stars in, wrote on Twitter. "Alt right, haters, trolls, 'comedians,' whoever the f*** you are, you're just sad." Feig is no stranger to online hate: his all-female remake of Ghostbusters received a fair share of sexist backlash over a year before the actual movie was released. Jones and her co-stars were on the receiving end of this hatred, but Jones has undoubtedly been forced to deal with the brunt of it.

Taran Killam, Jones' Saturday Night Live co-star, also came to her defense, as did feminist author Roxane Gay, who not only expressed her support for Jones, but also made it clear that Jones is the victim of this undue harassment because of her race and gender.

Overall, "I Stand With Leslie" is an incredible show of support for the actress — it's proof that both fans and colleagues respect and admire her talent, her strength, and her tenacity.

But as writer ShaiVaughn Crawley pointed out, we shouldn't be telling Jones to "stay strong" under duress — instead, we should be questioning why this is happening in the first place and working to make sure it doesn't happen again.

More like this
Shocked Fans & Former Co-Stars React To Ray Liotta’s Death At 67
By Grace Wehniainen
'Stranger Things' Star Joe Keery Is Dating An "Indie Scream Queen"
By S. Atkinson and Grace Wehniainen
Florence Pugh Had The Best Response To Rumours She's Dating Will Poulter
By Frances Stewart
Laura Dern Said “Cultural Awareness” Made Her Rethink This 'Jurassic Park' Fact
By Grace Wehniainen
Get Even More From Bustle — Sign Up For The Newsletter