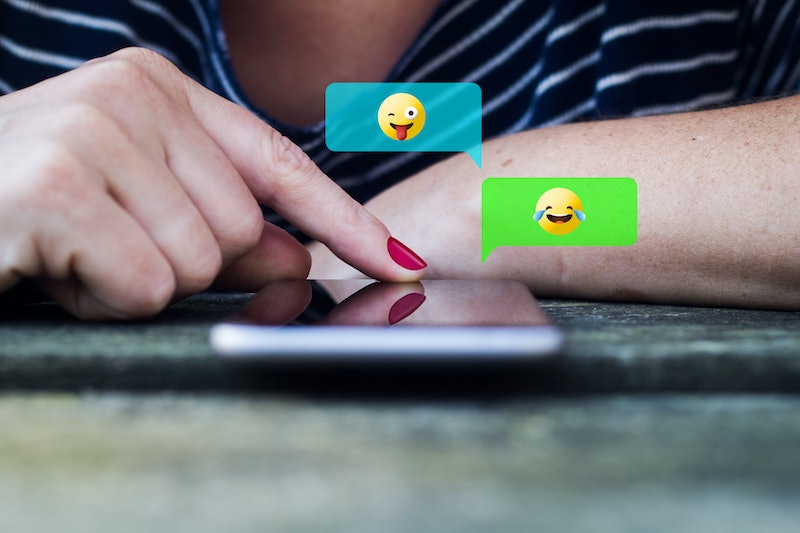 Emoji are thankfully becoming increasingly inclusive, with more options for skin color, hair color, and more equal representation of many different kinds of people: Women, LGBTQ people, single-parent families, and more. And the next Unicode update could very well include new professional gender-diverse emoji: An artist, a pilot, a firefighter, an astronaut, and a judge. Exciting news, considering most of these (if not all of them) have largely been considered generally masculine fields. Better yet, we even have some mockup images of what the emoji might look like, and I have to say, they're pretty stinkin' adorable.

It was Apple who made the request with the Unicode Consortium — the organization responsible for standardizing emoji across all platforms, programs, and languages. Apple has demonstrated time and time again that it cares about inclusivity; they were among the first to adopt racially diverse emoji in 2015, and the latest iOS software update announced in early August included gender diverse versions of the runner, basketball player, and surfer emoji, just to mention a few.

It may seem like a small step; but with the popularity of emoji (they're practically a language all on their own), it's crucial that we don't continue creating areas where women and other marginalized people are excluded from the dialogue. Unicode sets the standard — so let's make sure that standard actually reflects the world we live in.

Here's a sneak look at what we might be able to expect:

And there's more good news: It looks like we might finally be getting our rainbow flag emoji. Other possible updates include more gendered emoji, new flags, and additional skin tones. Gendered updates seem to be the biggest focus, and there are even talks of men with bunny ears and a female police officer. Heck yes. The goal is basically for every human emoji to have gendered options.

The new features are said to be rolling out in November, at which point the individual platforms will have to implement them. So expect to see them on your own device at the end of this year or the beginning of 2017.