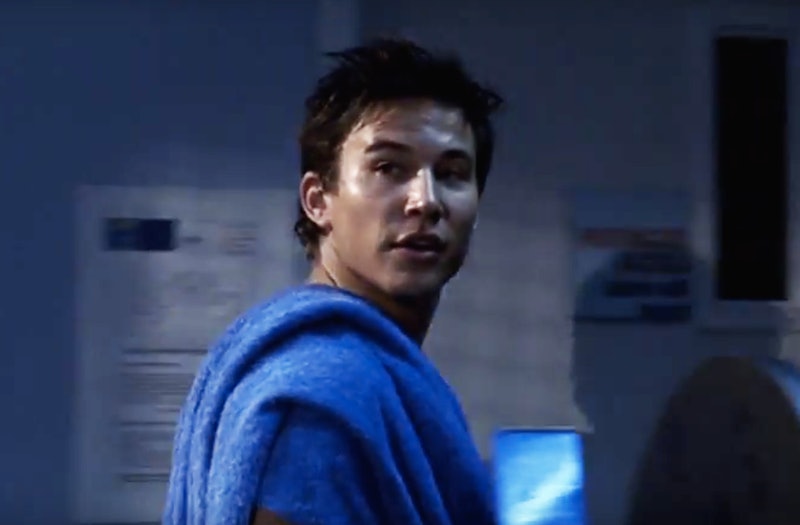 Jonathan Taylor Thomas needs no introduction from me. Made famous with his role on Home Improvement, and by providing the voice of Simba in The Lion King, Thomas became a household name with an instant nickname — he was JTT before Justin Timberlake was anyone. But just when it seemed as though he was in his prime, commanding leads in unforgettable Disney Channel movies like 1998's I'll Be Home For Christmas, Thomas seemed to disappear from show business. That is why Jonathan Taylor Thomas's guest role on Smallville is the best one to re-watch. It'll make you feel all nostalgic for one of the greatest shows in existence, and remind you why Thomas was your most treasured '90s crush. Plus, he's topless in the episode, so there's that.

The Home Improvement star appeared in two episodes of Smallville during its 10-year run. He played Ian Randall, a metahuman attending Smallville High, who has the ability to duplicate himself. This is obviously a spectacular super power as it means that there are, at times, two versions of Jonathan Taylor Thomas on screen at the same time. While we first meet Ian Randall in Season 2, it's his second appearance that I think you should rewatch, in the Season 3 episode of Smallville called " Asylum ."

Thomas's appearance in Season 3 Episode 9 of Smallville is so special because it shows us a whole new side to the actor. Following his appearance in Season 2 of the show, Ian Randall is sent to Belle Reve Sanitarium, which serves as both a medical facility and a prison for metahumans. Clearly, Ian isn't happy about being locked up, and tells Clark, "If it weren't for you, Kent, I'd be in Harvard by now with a coed on each arm." His academic ambitions have been thwarted, and he's spent his time in Belle Reve thinking about Clark and wanting revenge. Playing a character who's in such a dark place proves just how great an actor Thomas is, and I was only slightly distracted by his torso when writing that sentence.

Ian Randall's ambitions haven't changed in this second appearance, and he approaches Lex Luthor to strike a deal — he offers to help get Lex out of Belle Reve in exchange for some cash and a chance at a new life. Unfortunately for Ian, Lex hasn't forgotten the trouble the metahuman is responsible for, including the endangering of friends Lana and Chloe, and refuses. While Ian's fate is never properly revealed, Thomas fights Clark Kent in this episode, and it really is the perfect advertisement for the actor. Obviously, Thomas would be great in his own TV series, or as part of an existing superhero franchise, and I'd love to see that happen. He's known for his comedic roles, and it would be exciting to see him is a drama or action series. This episode of Smallville only confirms his potential.

While the actor has taken on some small roles in recent years, most notably as a recurring character on Last Man Standing , a return to the limelight shouldn't be out of the question. As a former '90s heartthrob, Thomas still has a lot of fans, and the Smallville episode "Asylum" is only a small taste of what the actor is capable of. I guess we need a Smallville revival to give us more of both JTT and the show that really showed off his versatility.