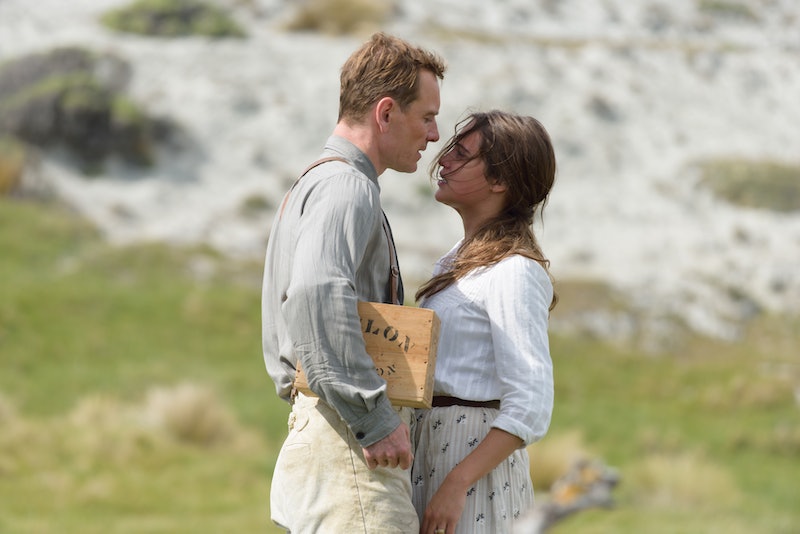 The Light Between Oceans is the end-of-summer romance you need in your life. The film stars real life couple Michael Fassbender and Alicia Vikander as Tom Sherbourne and Isabel Graysmark, a young married couple living on the West Australian coast. After being unable to conceive, they rescue a baby that washes up on their shore and decide to raise her as their own. Of course, things don't just end there and the story gets complicated when they meet a woman who appears to be the baby's biological mother. It all feels too melodramatic The Light Between Oceans to be based on a true story, but, hey, if War Dogs can be based on a true story, then anything can.

Though the film is fiction, writer-director Derek Cianfrance made sure to make the film as authentic as possible. Cianfrance, known for his breakout feature Blue Valentine, is famous for immersing actors in real life situations and letting them loose during filming (to a certain extent). For The Light Between Oceans, Cianfrance moved Fassbender and Vikander to a remote area in New Zealand, where they lived together for five weeks. "We lived there for five weeks, trying to find a place where acting stops and being [begins]. And where the story stops and life begins," Cianfrance said in an interview with Entertainment Weekly . Rachel Weisz, who stars as the baby's biological mother, said she loved Cianfrance's somewhat unorthodox way of working: "He's very different from anyone I've ever worked with, in that he's really interested in the reality of the situation," she told Indiewire.

While the film isn't a true story (which, let's face it, is probably for the best), there is still one real life tale tied to the film: Vikander and Fassbender actually fell in love on the set — they're still together two years after filming. That sounds pretty real to me.

More like this
Michael & Kathleen Peterson’s House From ‘The Staircase’ Has New Owners
By Kadin Burnett and Kayla Blanton
Danny Boyle's 'Pistol' Explores The Extreme Highs & Low Of An Iconic '70s Band
By Rachel Mantock
What Does Doctor Strange’s Third Eye Mean?
By Arya Roshanian
What’s New On Netflix: A Victoria Justice Rom-Com & The Return Of David Letterman
By Arya Roshanian
Get Even More From Bustle — Sign Up For The Newsletter