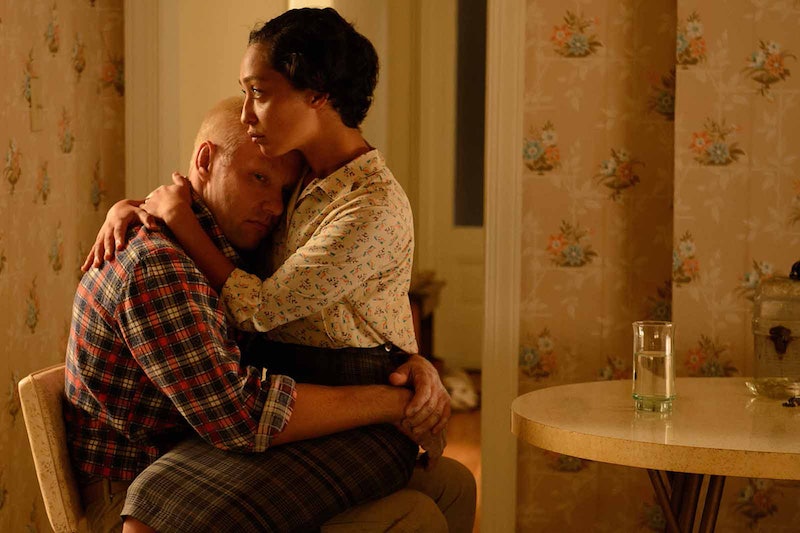 Ever since Captain America: Civil War kicked off the summer movie season with a Giant-Man-sized bang, I think we can all agree the proceeding months were a bit… underwhelming. But there's a light at the end of the tunnel: with Labor Day just around the corner, that means summer is almost over. Sad for those who have to go back to school, but good for those of us jonesing for some quality cinema — and the start to the 2017 Oscar season.

We got our first hint at what the upcoming awards race would look like back in January when the Sundance Film Festival featured the debuts of such Oscar hopefuls as The Birth Of A Nation and Manchester By The Sea. Since then, things have been somewhat quiet as the studios waited through the hot months to gear up their campaigns. But, with fall around the corner, the season is coming into focus: trailers are dropping left and right, festivals are announcing their highly-anticipated lineups, and prognostication websites like Gold Derby and Awards Watch are starting to formulate their predictions.

While anything could happen between now and the 89th annual Academy Awards in February, we already have a pretty good idea of the films that are going to be major contenders this season. Here are the 14 films that you'll most commonly see across most early Best Picture predictions:

In his directorial debut, Ewan McGregor stars alongside Oscar nominee Jennifer Connelly as a couple whose idyllic 1960s life is shattered when their teenage daughter (Dakota Fanning) becomes a violent revolutionary. The movie is adapted from the 1997 Pulitzer Prize-winning novel by acclaimed author Philip Roth (Portnoy's Complaint).

Filmmaker Denis Villeneuve has been flirting with Oscar success since his 2010 film Incendies was nominated for Best Foreign Language Film; subsequent films like Prisoners and Sicario have picked up plenty of awards chatter but fallen short of the major categories. Could this sci-fi film, starring five-time nominee Amy Adams as a linguist tasked with communicating with aliens, be his breakout movie with the Academy?

Ang Lee's first movie since taking home Best Director for 2012's Life Of Pi, this film based on the award-winning novel by Ben Fountain sits at or near the top of every predictions list out there. Lee has won Best Director twice without ever winning Best Picture; maybe this Iraq War drama could be the one that breaks the curse. At the very least, it seems likely to score Kristen Stewart her first Oscar nomination.

4. The Birth Of A Nation

This film has been beset with controversy surrounding writer/director/star Nate Parker, so it will be interesting to see whether Academy members support the film on its many merits or shun it. Regardless, the film premiered at Sundance to rave reviews and was bought by Fox Searchlight Pictures for a record-breaking $17.5 million.

Fortunately, even if Birth Of A Nation is ignored, we probably won't see a three-peat of #OscarsSoWhite thanks to this adaptation of August Wilson's Pulitzer Prize-winning play, directed by Denzel Washington. He and Oscar nominee Viola Davis will reprise the leading roles that landed them both Tony Awards in 2010 — instantly rocketing Davis to frontrunner status for the Best Actress trophy. Need proof? See the clip from their run on Broadway.

It's the year of the warring Philip Roth movies. This second adaptation, based on a book published a decade after American Pastoral and taking place a decade earlier, stars Logan Lerman (The Perks Of Being A Wallflower) in a film that tackles such thorny themes as war, religion, sexuality, and mental illness. The question is, will Indignation and American Pastoral split the vote of Roth fans and cancel each other out? Or is there room on the ballot for both?

Filmmaker Damien Chazelle exploded onto the scene two years ago with Whiplash, which earned J.K. Simmons a trophy for Best Supporting Actor and muscled its way into the Picture, Screenplay, and Editing categories alongside such heavyweights as Birdman and Boyhood. He's following that up with the rarest of genres — an original musical — starring Emma Stone and Ryan Gosling as an aspiring actress and a jazz musician in modern-day L.A. Watch the trailer and try not to swoon, I dare you.

8. The Light Between Oceans

This romantic drama has a narrative that's impossible to resist: two of last year's most likable Oscar contenders — Michael Fassbender (nominee for Steve Jobs) and Alicia Vikander (winner for The Danish Girl) — met on the set of this movie based on a best-selling novel… and fell in love. If their chemistry is as electric on the screen as it apparently was off it, then Academy voters may not be able to help voting for this period tear-jerker. Last year was the first time über-producer Harvey Weinstein didn't have a film in the Best Picture race since 2008 — and you can't bet that he'll do everything he can to keep history from repeating itself in 2017. He'll likely throw all of his weight behind this movie, based on the true story of a young Indian boy adopted by an Australian couple who, years later, used Google Earth to locate his long-lost family. It could score a first acting nomination for Slumdog Millionaire star Dev Patel, and additional nods for co-stars Rooney Mara and Nicole Kidman.

This film starring Joel Edgerton (The Gift) and Ruth Negga (Agents Of S.H.I.E.L.D.) couldn't possibly be more timely: it's based on the landmark Supreme Court case Loving v. Virginia, which ended all bans on interracial marriages in the United States, and was recently used as precedent in Obergefell v. Hodges, which ended all bans on same-sex marriages. Loving reunites both Edgerton and co-star Michael Shannon with filmmaker Jeff Nichols, who directed them earlier this year in the acclaimed sci-fi drama Midnight Special.

11. Manchester By The Sea

Despite the fact that it only premiered at Sundance seven months ago, respected Rolling Stone film critic Peter Travers is ready to declare Manchester By The Sea one of the 10 best films of the 21st century, alongside the likes of No Country For Old Men, The Social Network, and 12 Years A Slave. That's mighty high praise. Director Kenneth Longergan's long-awaited third effort stars Casey Affleck as a man forced to care for his nephew after the tragic death of his brother (Kyle Chandler). Co-star Michelle Williams also seems like a lock for her fourth Oscar nod.

From A24, the nascent film studio that brought us such Oscar-worthy gems as Room, Ex Machina, and Amy, comes this indie drama that tells the story of a young black man's struggles with his sexuality through three formative periods in his life. The cast is stacked with talent, including Emmy nominee Mahershala Ali (House Of Cards), Naomie Harris (Skyfall), André Holland (The Knick), and singer Janelle Monáe.

If you ignore what this movie is actually about, it seems like ready-made Academy material. It's directed by an Oscar nominee (The Imitation Game's Morten Tyldum) from a screenplay pulled from the vaunted Black List, starring a popular Oscar darling (four-time nominee Jennifer Lawrence), and one of Hollywood's hottest rising stars (Chris Pratt). But will the voters be able to look past the movie's genre? If they could nominate other sci-fi films like Avatar, District 9, and Gravity for Best Picture, hopefully the answer is yes.

Martin Scorsese has reportedly been trying to adapt Shusaku Endo's 1966 novel about Jesuit missionaries in 17th century Japan since 1991. After 25 years, the legendary director's passion project is almost here, starring Andrew Garfield, Liam Neeson, Adam Driver, and Game Of Thrones' Ciarán Hinds. Will the wait have been worth it? Many people are hoping so, since it's the second film that's always giving Billy Lynn's Long Halftime Walk a run for its money at the top of prediction lists. Will Silence's Oscar chances be hampered by rumors that the film is over three hours long? Only time will tell.

The most encouraging thing about this list is undoubtedly the sheer breadth of diversity on display. The record for the most non-white acting nominees in one year was set in 2007, when seven performers of colors competed in the four categories, thanks to diverse films like Babel, Blood Diamond, Dreamgirls, The Last King Of Scotland, and The Pursuit Of Happyness. Thanks to the likes of The Birth Of A Nation, Fences, Lion, Loving, Moonlight, and Silence, that record could potentially be broken this year. And what better way to repudiate the disgrace of #OscarsSoWhite that has plagued the Oscars the past two years?