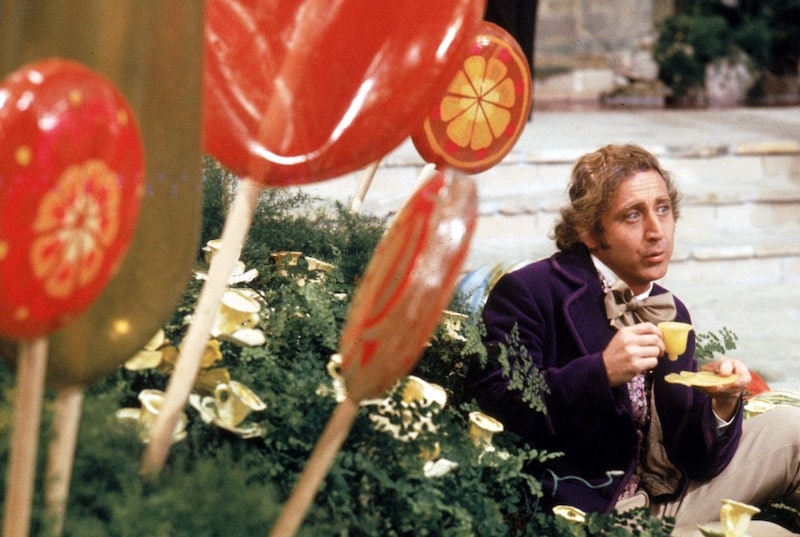 Look, I know that Roald Dahl is one of the most beloved children's authors in English literature. I read all his books growing up. I loved the Matilda movie. I get all the Wonka memes. But I also remember lying awake all night in a cold sweat as a kid, convinced that one of the witches from The Witches was going to crawl out of some dark cranny and turn me into a mouse. For a charming children's author, Roald Dahl had some creepy, upsetting, and downright nauseating ideas. So, in honor of Roald Dahl's 100th birthday, here are the most disturbing moments in Roald Dahl's books (and possibly in any books, anywhere).

Nowadays, we mostly think of Dahl's work as whimsical, and maybe a little dark, but back in the day his books were straight up controversial. Ursula K. Le Guin wrote that Charlie and the Chocolate Factory made her feel "queasy," and that her daughter became "quite nasty" after reading it. And to be fair, almost every Dahl story has at least one stomach-churning element (except maybe Fantastic Mr. Fox—the only disturbing thing there is the impending starvation of a bunch of anthropomorphized baby foxes).

But as frightening as those books were, we also loved the weird and gross bits. Dahl didn't talk down to kids: he knew we could handle whatever macabre thing he could think up. So here are some of his most disturbing moments:

1. When that kid drowns in a chocolate river

Charlie and the Chocolate Factory, $7, Amazon

OK, right off the bat: Augustus Gloop falling into the chocolate river and getting sucked up by that pipe. I mean... did he die? Is that the implication? In fact, let's just say that every nasty kid getting ejected from the chocolate factory is deeply disturbing. They might have deserved it... but boy did it give us all nightmares.

2. When a kid feeds his grandmother antifreeze

For some reason, George's Marvelous Medicine is the Dahl book I re-read the most as a kid. The plot is pretty simple: George's grandmother is a foul old woman, so he decides to make her some "medicine" that ends up turning her into a giant. But what really freaked me out was some of the ingredients he threw in there, like shampoo and antifreeze. Don't try this one at home, kids.

3. When Charlie is attacked by aliens

We all remember the sequel to Charlie and the Chocolate Factory , right? Where Charlie goes into space in a glass elevator to fight aliens? And the President of the United States is a character? Boy was this a strange book. Strangest (and scariest) of all were the Vermicious Knids, the giant amoeba-like aliens bent on eating humanity, who would spell out the word "SCRAM" with their squishy bodies before devouring you. Gross.

4. When a rhinoceros kills James’s parents

It says a lot that in a book all about giant bugs and child abuse, the most disturbing part is a rhinoceros. At the start of James and the Giant Peach, James is forced to go live with his horrid aunts because his parents were killed by a rhinoceros. Never mind that rhinos are herbivores. It's by far one of the strangest details in a very surreal story.

5. When the Twits make those monkeys stand on their heads until they pass out

The Twits are perhaps the foulest characters in the Roald Dahl canon, and that's saying something. They're grotesque and cruel, they do not have a healthy relationship, and they catch birds with glue. But worst of all, they force the Muggle-Wumps (their family of pet monkeys) to stand on their heads for hours at a time, until the baby Muggle-Wumps pass out. And if the Muggle-Wumps fail to stay upside down, they beat them with a cane. You know, for kids!

6. When that family gets kind of turned into birds

I'm going to take a wild guess and say that Roald Dahl is not down with animal abuse or hunting. In The Magic Finger, a little girl uses her magic powers to turn her hunter neighbors into tiny winged people. They're forced to act like birds, nesting and eating worms. Their house is taken over by giant ducks. But the most disturbing moment is when they're turned back to normal, and they set about making graves for all the birds they've ever killed. I mean, good. But also... creepy.

7. When the Trunchbull literally tortures children

In Matilda, almost every adult is an incompetent nightmare. But Principal Trunchball is the worst of them all. She tortures children by forcing them to eat too much cake, for stuffing them into a narrow cupboard full of broken glass and nails. Surely there's some kind of child protective services in the Roald Dahl universe?

8. When the swan dies in that one story

Forget Dahl's novels. His short stories are where the truly disturbing stuff is. In The Swan from The Wonderful Story of Henry Sugar and Six More, little Peter is tormented by two bullies (they tie him to a train track). He tries to prevent them from shooting a mother swan, but they kill the swan and then tie the dead swan's wings to Peter's arms. Then they shoot Peter in the leg, forcing him to jump out of a tree with the wings and "fly." That is some Game of Thrones style horror.

9. When all those giants are eating “human beans”

The BFG may be friendly, but the other giants just want to eat people. It's pretty straight-forward compared to the grim fates of some other Dahl characters, but the idea of a giant named Fleshlumpeater consuming a human child is still pretty gnarly.

10. When that little boy is going to die as a mouse

The Witches is Dahl's most terrifying piece of writing, hands down. The witches themselves are monstrous and cruel, and turn the narrator into a mouse. Even in the end, when the witches are defeated, the narrator is stuck as mouse forever. The book ends with the little boy-turned-mouse and his grandmother discussing how they'll die together in about nine years, because even magic mice don't live very long. Um. UM. That's very, very grim.