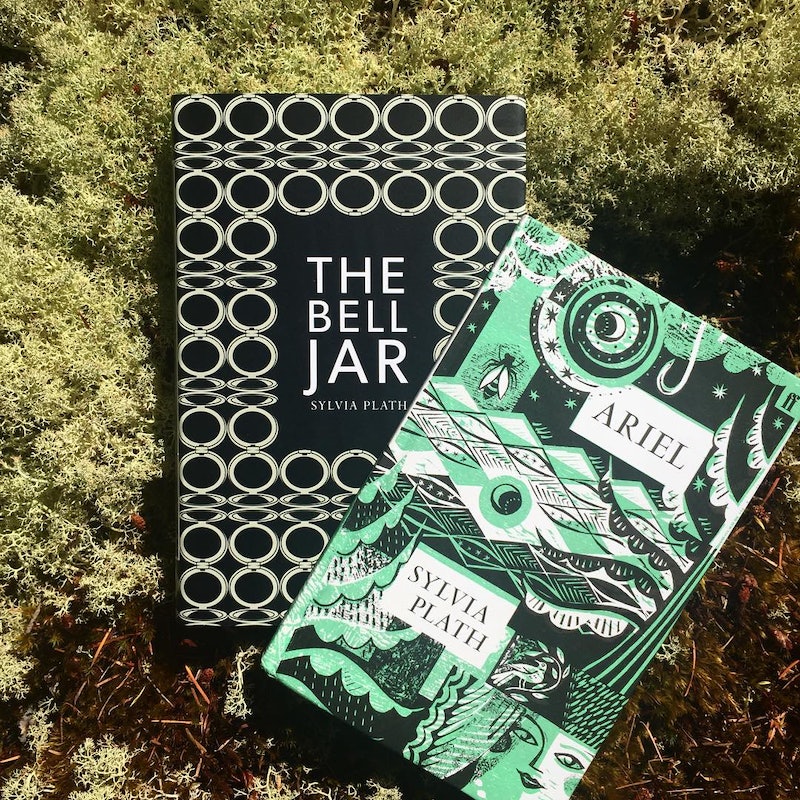 The Bell Jar is being adapted for the big screen with Kirsten Dunst as the director and Dakota Fanning rumored to star. On the one hand, that's amazing news for fans of Sylvia Plath's classic novel, especially since the 1979 made-for-TV movie adaptation didn't do it justice. But on the other hand... oh god please don't mess this up. Kirsten Dunst and various screenwriters, I hope you're listening, because here are the ten things I want to see in the Bell Jar movie.

Look, I understand that it's no easy task to translate literature into film. Film is an entirely different medium. Some scenes that work on the page have to be nixed or entirely rewritten for screen. I get that. But if you're adapting something like The Hunger Games or Game of Thrones, it's easy enough to put most of the major plot points up on screen. They mostly involve people getting stuck with swords or arrows (no disrespect to either Game book). With a book like The Bell Jar, however, the plot revolves around Esther Greenwood's inner thoughts as she struggles with clinical depression. Esther is brilliant, talented, beautiful, and having a breakdown.

It's a tall order to do that story justice in just two hours on screen. But it's happening, so here's what I want to see:

1. Esther eating all the caviar

Say what you want about the asylum and the suicide attempts. For me, the true set piece of the book is that scene when Esther eats all the caviar at one of the fancy intern dinners, even though the caviar is meant for the whole table. And she's excited about the avocados stuffed with crab. It's just such a human, identifiable moment. I want to see Dakota Fanning eat a bowl of caviar surreptitiously.

Let's face it: most internships are garbage, no matter how prestigious. Esther gets it. She's supposed to be having the time of her living at this ritzy magazine in New York... but she's not. To fully understand Esther, the film has to show us just how phony and soulless her internship is in the beginning. That's where so much of the book's humor is, too (please don't give us a humorless version of The Bell Jar).

3. Some version of “the fig tree” moment

The fig tree metaphor is one of the most famous passages from The Bell Jar, and with good reason. It encapsulates so much of Esther's crisis in that moment, as well as the crisis that all young people have on the verge of adulthood. What do I do with my life? What if I can't choose a path, and thereby lose every possible path?

I don't want the movie to be sexist, but I would like it to address sexism. Esther's breakdown has no one cause, and no easy solution. But boy is sexism a factor. Repeatedly, Esther brings up how she feels trapped by gender roles, how she's expected to cater to men, and in one scene she's physically attacked by her date. The sexism isn't all specific to the '50s, either. Hopefully a female director will get it.

Esther's a scholarship kid and a talented student, but she feels boxed in by higher education. The relentless drive to succeed is taking a toll on her mental health (glad that totally doesn't happen anymore, amiright?). She feels like all she's good for is winning academic accolades, and that toxic learning environment should come across in the film. Thousands of stressed out, unhappy students will identify.

6. A nuanced portrayal of mental illness

This should go without saying, but I'm going to say it. Esther isn't "crazy" or simply "sad," she's suffering from depression. She's suicidal. That's a serious subject matter to take on. The Bell Jar is not just about Esther's suffering, though, it's about her recovery, and I hope the creative team is up to the challenge when it comes to painting a nuanced, non-romanticized portrait of illness and recovery.

I mean it. No sexy crying. Not once. No crying in the bathtub or in a state of undress. Only ugly, realistic crying, or I will walk out of the theater. Don't test me, filmmakers.

8. Buddy must still be the worst

I don't want to see a love story shoved into The Bell Jar, guys. No thanks. Esther's kind-of boyfriend Buddy is your classic "nice guy" who's secretly the WORST, and that's how I want to see him portrayed. I mean (SPOILER ALERT), after his other ex-girlfriend commits suicide, he goes to Esther to ask if he drives women "crazy." Um?? Make everyone's mental illness all about you much? And then he asks Esther who will marry her now that she's been institutionalized. UGH.

9. That scene where she hangs up on the math professor

Esther sleeps with a math professor who is also a little bit the worst, and who is not very helpful during a medical emergency. During a phone call he asks when he can see her again, and she says, "Never," and hangs up. Please put that scene in the movie so I can high five the person next to me in the audience.

The book ends on a hopeful, if ambiguous note. And that's what I want to see onscreen. The story of a young woman who struggles with mental illness, but who recovers from an episode and looks to the future with hope. Let's not allow Sylvia Plath's own tragic death to overshadow the message of her writing. You got that? No downer endings.