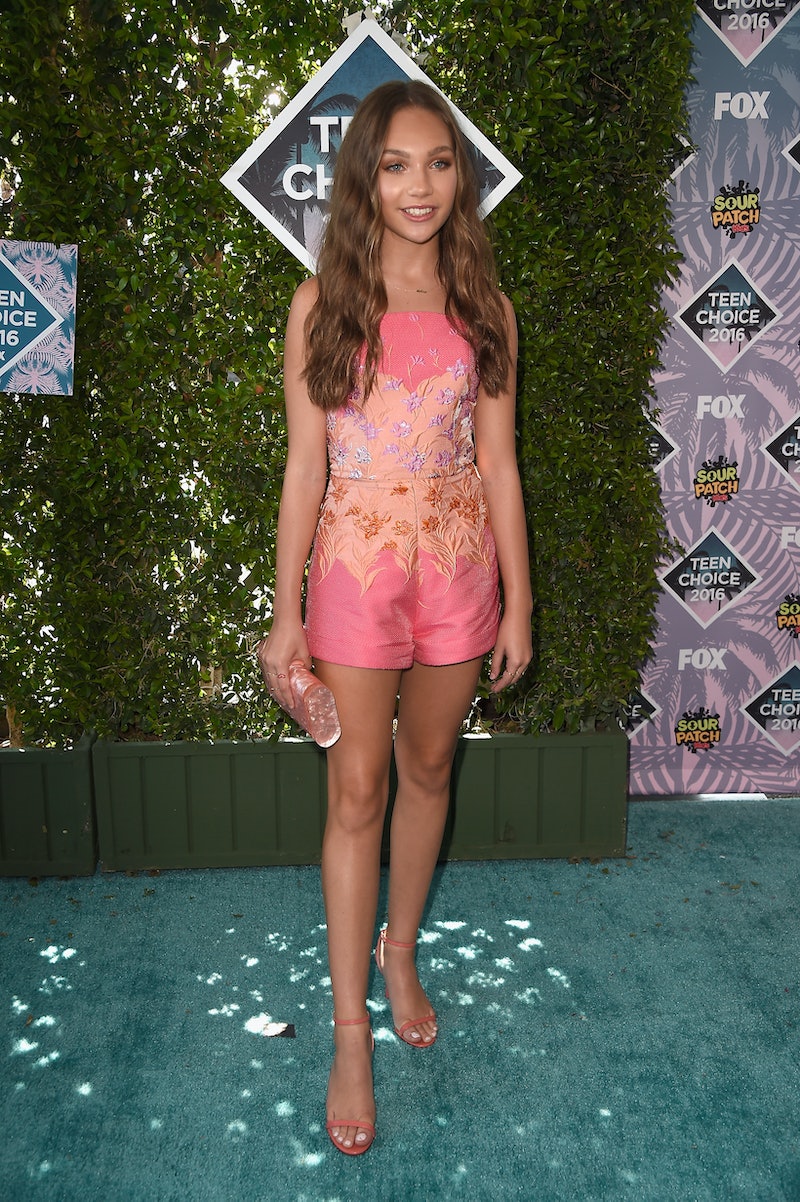 I've always been inspired by stylish teens, and this former Dance Moms star is no exception. Maddie Ziegler skipped the 2016 VMAs red carpet, but I'm positive she would have looked great had she attended. Growing up in the spotlight in the 2010s means having your every style move immortalized on the Internet, and this 13-year-old always does her future self proud with everything she wears.

Ziegler is historically excellent at getting dressed for the red carpet. Her looks are usually cute yet sophisticated, the kinds of dresses most teenagers would kill to wear to a homecoming dance or junior prom. My favorite look of hers to date, however, is the black suit, loafers, and poufy white wig she sported for her big "twinning with Sia' moment at the 2015 Grammys.

The dancer appears to have opted not to attend the VMAs, but she did tease a very cool photo that hints at a possible new Sia video. Perhaps it will be released during the awards show broadcast and fans will still get their fill of Ziegler? In it she wears a curly black wig and white turtleneck, and her cheeks and the top of her shirt are streaked with rainbow makeup. Oh, and there's a giant bow on top of her head. Behold.

Ziegler also posted this video, which implies she was home in a top knot and white tee earlier on Sunday. But who knows, maybe she'll surprise us with an epic Sia performance before the night is over!

Her super cute Teen Choice Awards outfit might just be the only red carpet look we have from the star for awhile.

More like this
Twitter Can’t Get Enough Of Lewis Capaldi Creating Fashion Looks For ASOS
By El Hunt
Here Are All 703 Outfits Rachel Wore On Friends
By Kat George
Dua Lipa On YSL Beauty, Plus Her Fearless Approach To Hair & Makeup
By Erin Stovall
Kendall Jenner Wore A $38 Sweater & Sports Bra For A Chic Workout Fit
By Allie Fasanella
Get Even More From Bustle — Sign Up For The Newsletter