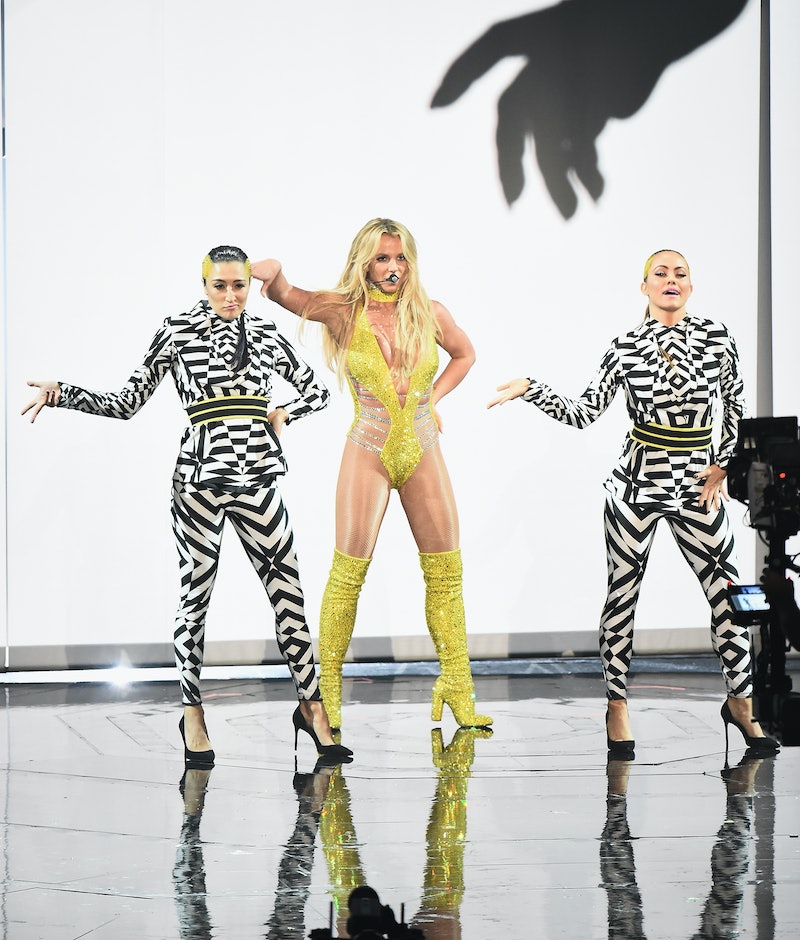 It's been nearly a decade since Britney Spears last performed at the VMAs, so Sunday night's appearance was a BIG DEAL. Spears was last here in 2007 when she sung "Gimme More" in a universally panned performance. So, I think it's safe to say people were really looking forward to seeing her nine years later with her life in a significantly better spot. And, she did not disappoint. Britney Spears performed "Make Me" at the 2016 VMAs, a song off her recently released album, Glory. Spears started the performance with some vintage moves and a sparkly yellow bikini outfit, and the audience was definitely into it. Unfortunately, Justin Timberlake wasn't there for the camera to cut to during her performance (#TBT to 2003), but that just kept the focus on Spears as she slayed the number.

I mean, sure she'll probably never surpass the iconic performances of "Slave 4 U" or her Madonna kiss, but that's OK. She's also not 19 anymore. So, just the fact that she bravely took the stage all these years later and delivered those Britney dance moves that we all love was more than enough. I don't want to call it a comeback because I think she's proven time and time again since 2007 that she is back. So, instead I'll just call it a job well done.

And, did you expect anything less? After all, she's Britney, b*tch.