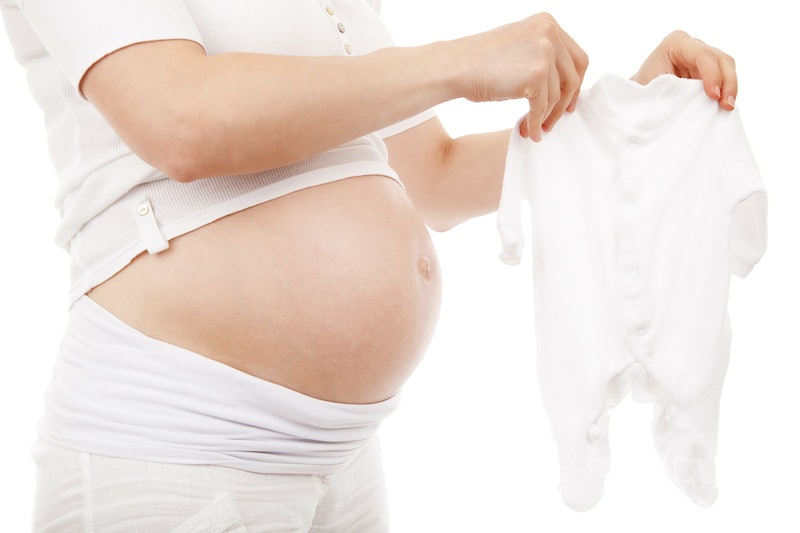 You’re probably familiar with the robot babies used in sex ed programs. Maybe you’ve seen them on TV, or perhaps you actually had to take care of one in high school (Lucky you?). They’re supposed to discourage teen pregnancy, but a new study suggests that infant simulator dolls don't work after all — and that they may even make teens more likely to get pregnant. Um… oops?

Infant simulator dolls are lifelike dolls designed to mimic the challenges of having a real baby. They cry, sleep, eat, and need to burped and changed. The president of Realityworks, the maker of these robot babies, told This American Life that the purpose of the dolls isn’t to deter teen pregnancy, but to teach teens about childrearing. Nevertheless, in practice, they seem to be used primarily in sex ed programs to convince teens not to get pregnant, the assumption being that, once a 14-year-old discovers how much work taking care of an infant is, the more likely she or he will be to try to prevent pregnancy. Realityworks says that 89 countries use the infant simulators, as do 67 percent of school districts in the United States. The problem is that they don’t really seem be an effective deterrent to teen pregnancy. In fact, they may encourage it.

Australian researchers published an article in The Lancet last week, analyzing the results of a years-long study of infant simulator dolls in Australia. In the first randomized controlled trial of the robot babies’ efficacy in preventing pregnancy, the researchers studied female subjects at 57 schools in Western Australia, which were randomly assigned to take part in one of two different sex ed programs: The regular health curriculum, and the Virtual Infant Parenting (VIP) program. The VIP program is a variation of the Realityworks program commonly used in the United States; according to a press release, the VIP program lasted six days and included

educational sessions (eg, the impact of not smoking, drinking or taking drugs on a healthy pregnancy, good nutrition, the financial costs of having a baby, sexual health, contraception, and respectful relationships), a workbook, watching a video documentary of teenage mothers talking about their experiences, and caring for an infant simulator over the weekend.

In total, 1,267 girls between the ages of 13 and 15 took part in the VIP program and had to take care of the simulator dolls, and 1,567 got the standard health class. The researchers then tracked the girls’ medical records until they turned 20. The results do not look good for the robot babies.

The researchers don’t know why, precisely, the infant simulator program didn’t work. Brinkman told The Sydney Morning Herald, “Anecdotally, a lot of the students really enjoyed the program … there was a lot of positivity around the program, so it didn't really work in putting the kids off.” In an article about the study, Professor Julie A. Quinlivan suggested that the fact that boys weren’t included in the program could also have been a contributing factor to its failure.

A rep for Realityworks responded to the study with this statement to This American Life:

The study being released today by The Lancet was not a representation of our curriculum and simulator learning modality but the researchers “adaptation” and is consequently not reflective of our product nor its efficacy.

Quinlivan emphasized that there is no simple way to encourage young people to delay pregnancy. “The cure for teenage pregnancy is more difficult than a magic doll,” she wrote. “We have to address both mothers and fathers. Programs need to start in infancy. Investment in vulnerable children is needed to entice these adolescents from the path of premature parenthood into brighter futures. We cannot afford the quick fix, especially when it doesn’t work.”

On the whole, teen pregnancy rates are declining in the United States, but too many teens still lack accurate, useful, and comprehensive sex education. Studies like this one suggest that it may be time to rethink some the country’s most common approaches to teenage sex ed.