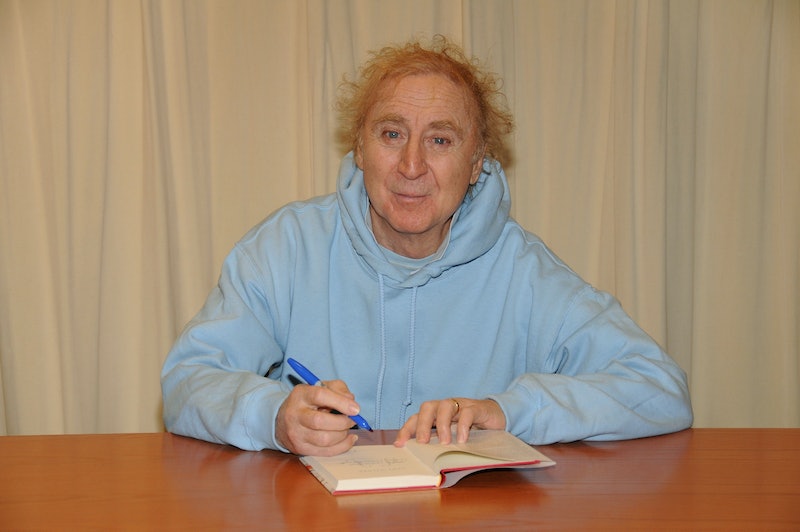 When remembering the actor Gene Wilder, who passed away on Monday at the age of 83, fans no doubt recall what a brilliant comedic genius he was. By starring in a number of Mel Brooks' hit comedies, like Blazing Saddles, Young Frankenstein, and The Producers, and by playing the iconic Willy Wonka, Wilder made a name for himself as a comedy wizard whose wild outbursts, bizarre faces, and iconic voice became a staple in comedic films. But as this rare interview from 1979 with talk show host Merv Griffin proves, Wilder was also a very sincere and private man. And, as it turns out, the actor's first brush with comedy came about for very heartfelt reason: trying to cheer up his sick mother.

In the interview on The Merv Griffin Show, Wilder asked that the set be closed, explaining that it would be more conducive to talking about deeply personal matters. And from that moment on, the interview took on an intimate feel, with Wilder revealing that his mother had a heart attack when he was just six years old. Wilder said that his mother's doctor explained to him that his family should try to keep her happy and not get her too excited, and for the future comedian, that meant making his mom laugh.

"I think that if someone were reading my palm at that point in my life they would see a sharp curve," Wilder told Griffin. "But whatever it was that was inside of me got veered off toward trying to make her laugh. That's how I dealt with the pain I was feeling of not being able to fix her cracked heart."

Wilder's criteria for success was as hilarious as his bits, as his ultimate goal was to try and get his mother — who he said gave him the "inclination to go into acting or somewhere in the arts" to pee her pants with laughter. It's so moving to hear one of comedy's most famous and hilarious figures speak so lovingly and tenderly about his mother, and about his comedic roots. Who knew such a happy spirit was wrought out of such a sad incident? It's obviously extremely sad that Wilder's mother was so ill during his childhood, but as they say, something positive can often grow out of the most troubling times. Because of his mother's condition, Wilder stoked the comedic fire within himself and grew into the beloved comedic genius that he eventually became.

Fans don't often think about famous comedians having deeper emotional sides to them, especially ones that embrace the kind of incredibly physical and extroverted modes of comedy that Wilder was known for. But this sincere interview shows that the star's comedic talents came from a truly personal place, and looking back on his serious side today reveals just how wonderfully complex this actor was.