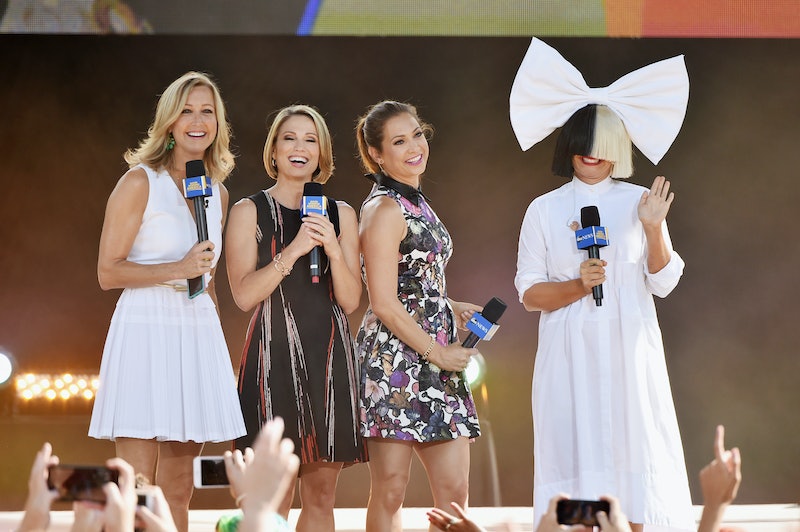 Hang on to your remote controls, everybody, because morning news is getting a major facelift. It was announced on Monday that Good Morning America will be ushering in a whole new season of the award-winning morning news show with not only a new face (Michael Strahan will joining the team as a morning news anchor) but with a whole new structure. That’s right: The show will now include a live audience starting in the fall. It’s a valiant attempt on the part of ABC to separate GMA from other morning news shows, but I think it’s actually a bigger deal than that. I think this could mean huge things are in store for morning news shows, and I’m pretty sure that’s exciting news for everyone.

Because I know I’m not the only one who loves turning on the morning news and watching all throughout the first few hours of my day. I’ve been doing it since I was in high school. It’s always on in the background as I make my breakfast and get ready for the day. But the fact that GMA will now be combining their usual morning news show with something more like a morning talk show has me absolutely ecstatic. I mean, I haven’t watched a morning talk show since summer vacation, and I haven’t had a summer vacation in more years than I would like to admit. But now GMA is breaking the mold and combining these two amazing things into one, and I’m absolutely delighted. A morning show that allows me to get my news in and a little audience interaction? Yes, please!

The best part about this news, though, might be just how revolutionary this format is. Sure, it’s an attempt to shake things up on GMA and perhaps attract a larger audience, but it could also mean that other morning news shows will adopt this new format in coming years. Could this be the breakthrough that morning news shows have been waiting for? With its combination of two things that people love — news and talk — I’m really hoping that it is.

So I’m crossing my fingers that other stations jump on this combo bandwagon, because I definitely want to have my news cake and eat it too.