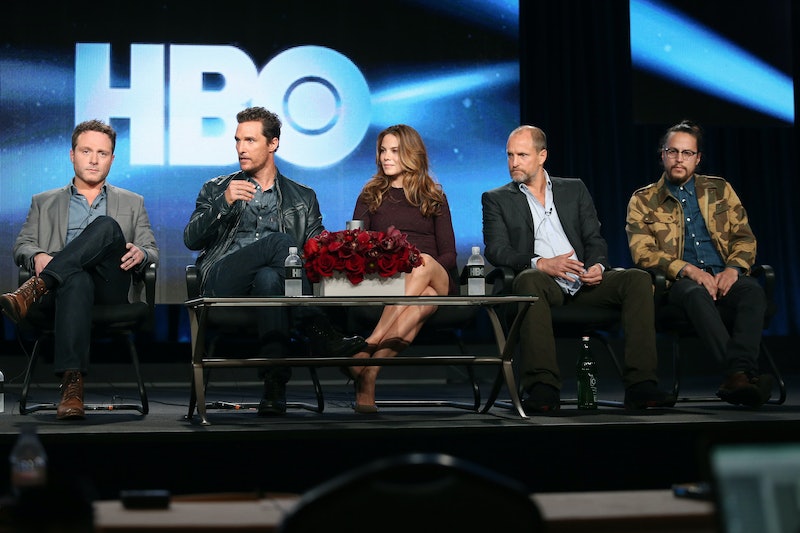 I eagerly anticipated Sunday nights when I was a precocious preteen. After homework was done, dinner was devoured, and I’d prepared for school the next morning, my mother would wrap me in her arms and rub my hair as we watched three hours of must-see television. We started with Sex and the City, followed it with The Sopranos, and ended with Six Feet Under. Those three hours of television were memorable because I was engrossed in the well-developed plots and characters, even though I couldn’t comprehend most of the content and was forced to close my eyes and plug my ears whenever Carrie and her girls enjoyed their sexual exploits.

What I didn’t realize at that moment, or when my father joined us to watch subsequent series like The Corner and The Wire, was that the writers and producers creating those characters were often white, privileged males that entered into communities of color to draw inspiration for their series. (Though, it should be noted, that The Corner's co-writer and co-producer, David Mills — who also wrote for The Wire — was African-American.)

After True Detective enjoyed well-deserved success, the Huffington Post did the tedious work of computing how many white men have created hour-long dramas at HBO. Its findings weren’t surprising, but were disheartening for me and other viewers of color. The Huffington Post found that from 1975 until the present, 34 of the 38 creators of HBO dramas were white men, and no black woman has ever created a one-hour long drama. Additionally, no woman or person of color has created an hour-long HBO drama since 2008.

HBO is attempting to rectify its diversity issue with a new program called HBOAccess, which aims to find and fund diverse filmmakers. In an email to the Huffington Post, an HBO spokesperson also said the network is “currently developing new programming with such talent as Oprah Winfrey, Steve McQueen, Jenji Kohan and many others.” That said, HBO's current slate shows the network's diversity problem is still problematic.

Lena Dunham, the creator of Girls, is touted as HBO’s darling. Her series has spawned a cult-like following, but it’s considered a comedy rather than a drama, and also generated controversy for presenting a white-washed Brooklyn. According to the 2010 Census, Brooklyn is comprised primarily of people of color; more than 60 percent of Brooklyn's population are Latino and black American. Yet, Girls displays a Brooklyn that's often devoid of color, unless we count Hannah Horvath's awkward scenes with Sandy, a black character with no last name.

One of the things I've discovered as I write a graduate thesis on the underrepresentation and misrepresentation of black women on television is the perspective of the person behind-the-camera matters. Not just for the quality of the show, but the quantity for people who tune in. Study after study has shown that when series hire writers, producers, and directors who are women and people of color, the ratings are higher, the characters are more relatable, and audiences are more invested in the outcome of the series. Scandal, Sleepy Hollow, Being Mary Jane , and Orange is the New Black are ideal examples of how diversity translates to television success.

The Ralph J. Bunche Center for African American Studies at UCLA published a report that proves diversity and ratings success are connected. Researchers analyzed 1,000 television shows on 67 cable and broadcast networks, and concluded that larger audiences tuned into shows starring and written by diverse casts and writers. Ratings were highest when 31 percent to 40 percent of a cable show’s cast or writers were people of color. Cable shows did the worse when less than 10 percent of the cast members and writers were people of color.

For Dr. Darnell Hunt, the Bunche Center director and a professor of sociology, these numbers point to an important trend on television. “Everyone in the industry talks about the importance of diversity, but it clearly isn't priority one when decisions are made,” Hunt told UCLA's Newsroom. “And it's not going to be a priority until people realize how it affects the bottom line.”

Television’s biggest goal is to sell audiences to advertisers, but when the show’s creators don’t reflect the audience, it presents an issue that is insurmountable. As the Bunche Center’s report explains, “racial diversity does make a marked and measurable difference to television's bottom line.”

To HBO’s credit, the network is not alone in its exclusion of people of color and women in the writers’ rooms. The Huffington Post also found that no people of color have created one-hour dramas for Showtime, FX, or Netflix. HBO appears to be the only network attempting to rectify their race and gender problem.

HBO's spokesperson pointed out that the network has incorporated diversity in other areas. “When you look beyond drama series and mini-series at the many other programming genres that we present, such as comedies, documentaries, late night fare, sports and original movies, I think you will find a lot of diversity,” the spokesperson said to the Huffington Post.

That can’t be denied. HBO has aired important documentaries like the Black List, Four Little Girls, When the Levees Broke, and Whoopi Goldberg Presents Moms Mabley. It has also satisfied our need for comedy by being the sole supplier of Chris Rock’s stand-up specials. However, as writer Demetria Irwin writes at theGrio , “Projects like that are great, but it is those hour-long dramas that become pop-culture beacons and cult classics. Those hour-long dramas are where stars are born and solidified.”

Watching HBO series with my mother is one of my fondest childhood memories, and I'd like to share in that tradition with my nieces, my nephew, and the children I will someday bear. However, knowing what I know now about HBO's lack of diversity gives me pause. Should I celebrate series that render women of color like myself invisible?

There’s hope for the future. Issa Rae, a powerhouse in the web series world, nabbed a HBO deal to bring her The Misadventures of the Awkward Black Girl . Also, The Couple , a Web series with a massive online following, is also heading to HBO. Critics may finally get their wish: Quality HBO programming created by those the network relies on for ratings.

Correction: An earlier version of this story claimed Treme had no people of color on its writing team, which is untrue. We regret this error.