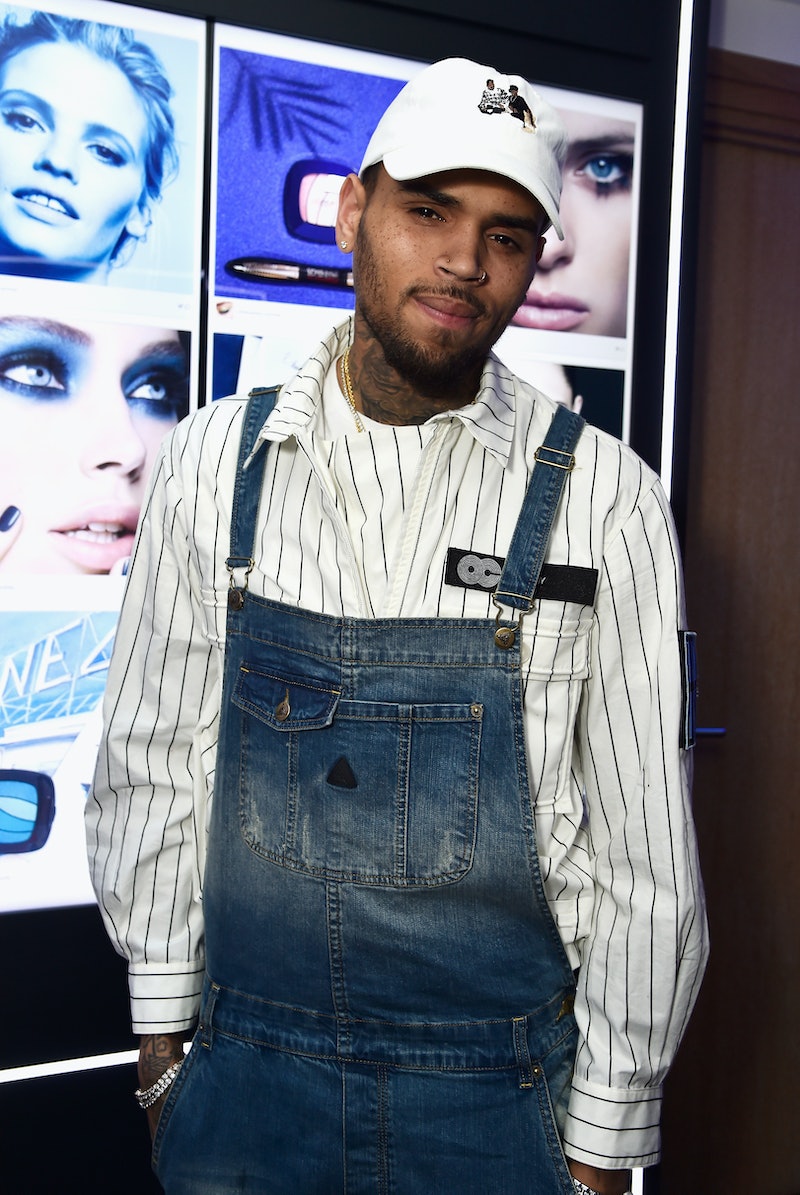 On the same day that he was arrested, Chris Brown was released on bail late Tuesday night. According to E! News, who cited Los Angeles County jail records, the bail was set for $250,000. Brown had been arrested for suspicion of assault with a deadly weapon after a woman claimed Brown threatened her with a gun, in what the Los Angeles Times described as an alleged "violent rage." Brown's lawyer, Mark Geragos, called the allegations against his client "demonstrably false." Geragos posted the following tweet early Wednesday morning:

Thanks to everyone for their support and well wishes. Chris is out and well. The allegations against him are demonstrably false #TeamBreezy

Brown shared a screenshot of Geragos' tweet on his personal Instagram. He also re-grammed a video that Ray J, who was at Brown's house at the time of the alleged incident, posted on Instagram. Ray J claimed the situation is a "false story" and said that people "blow it up into something way more than what it should be."

According to the Los Angeles Times, on Tuesday morning, the Los Angeles Police Department responded to a 911 call at Brown's home from a woman who alleged he pointed a gun at her. That afternoon, Brown stayed in his home and posted a series of videos on Instagram (which have since been deleted) defending himself as the police and news helicopters arrived. According to E! News, he reportedly had a standoff with police for nearly 14 hours.

E! News spoke with the woman who filed the police report against Brown, Baylee Curran. Curran claimed to E! over the phone that she was hanging out at Brown's house with a group of people. She alleged that when she walked into the kitchen around 2:40 a.m., she saw a man selling jewelry. She claims she was looking at a diamond cross necklace and didn't pick it up, but a guy, presumed to be Brown's friend, allegedly began calling her names and telling her not to touch the jewelry. Curran claimed, "[The friend] was calling me names and that's when Chris Brown kind of went off, pulled out a gun and said, ‘Get the f*ck out.'"

She also claimed, "He was saying, ‘Get the f*ck out! Haven't I told you guys enough?' And kind of threatening me with the gun like if I didn't get out he's going to shoot me with it." She also claimed that she was "scared for [her] life."