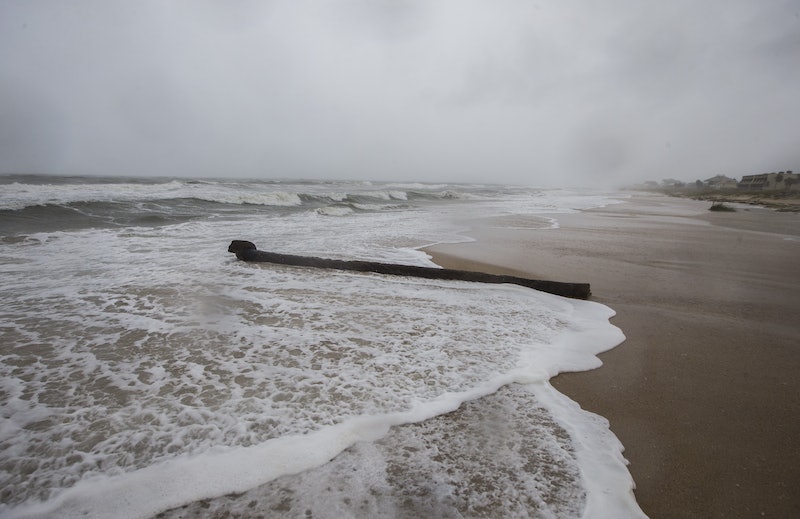 When summer storms come around, you may like to sit on your porch, spot lightning strikes, and count how many seconds go by before you hear that clamorous crash of thunder. This isn't one of those. Though hurricanes can produce some awe-inspiring moments that depict the sheer strength of nature, these photos of Hurricane Hermine prove this storm is nothing to take lightly. From Florida to North Carolina, bystanders began documenting the pelting rain and high winds hours before the hurricane officially landed late Tuesday night.

Florida Governor Rick Scott accurately, yet frighteningly conveyed the gravity of the situation when he said, "You can rebuild a home. You can rebuild property. You cannot rebuild a life." In response to the life-threatening situation, over 50 counties declared a state of emergency. A handful of those counties announced mandatory evacuations. Those who were advised to take caution but not to evacuate had to pass the time while the streets flooded with inches upon inches of rain. If they weren't shopping for the necessities beforehand, some were attending "hurricane parties" with friends and family to lighten the mood. And as for the calm before the storm, others were trying to have as much fun as possible, given the circumstances. This, for example, is pretty creative.

Others were taking shelter from the comfort of their homes and recording the craziness happening right outside their doors, especially as the storm picked up and made landfall just before 2 a.m. ET on Friday morning. Big Bend, a region in Florida's panhandle, was first to experience the brunt of the hurricane, whose winds reached 80 miles per hour.

Though the storm came on strong, it's expected to subside around 2 p.m. ET on Friday, during which time forecasters suspect it will fall back into the category of "tropical storm." Still, intense flooding and downed power lines will necessitate some recovery time over the weekend. From Florida, it will move into Georgia and the Carolinas, where winds aren't expected to be as high.