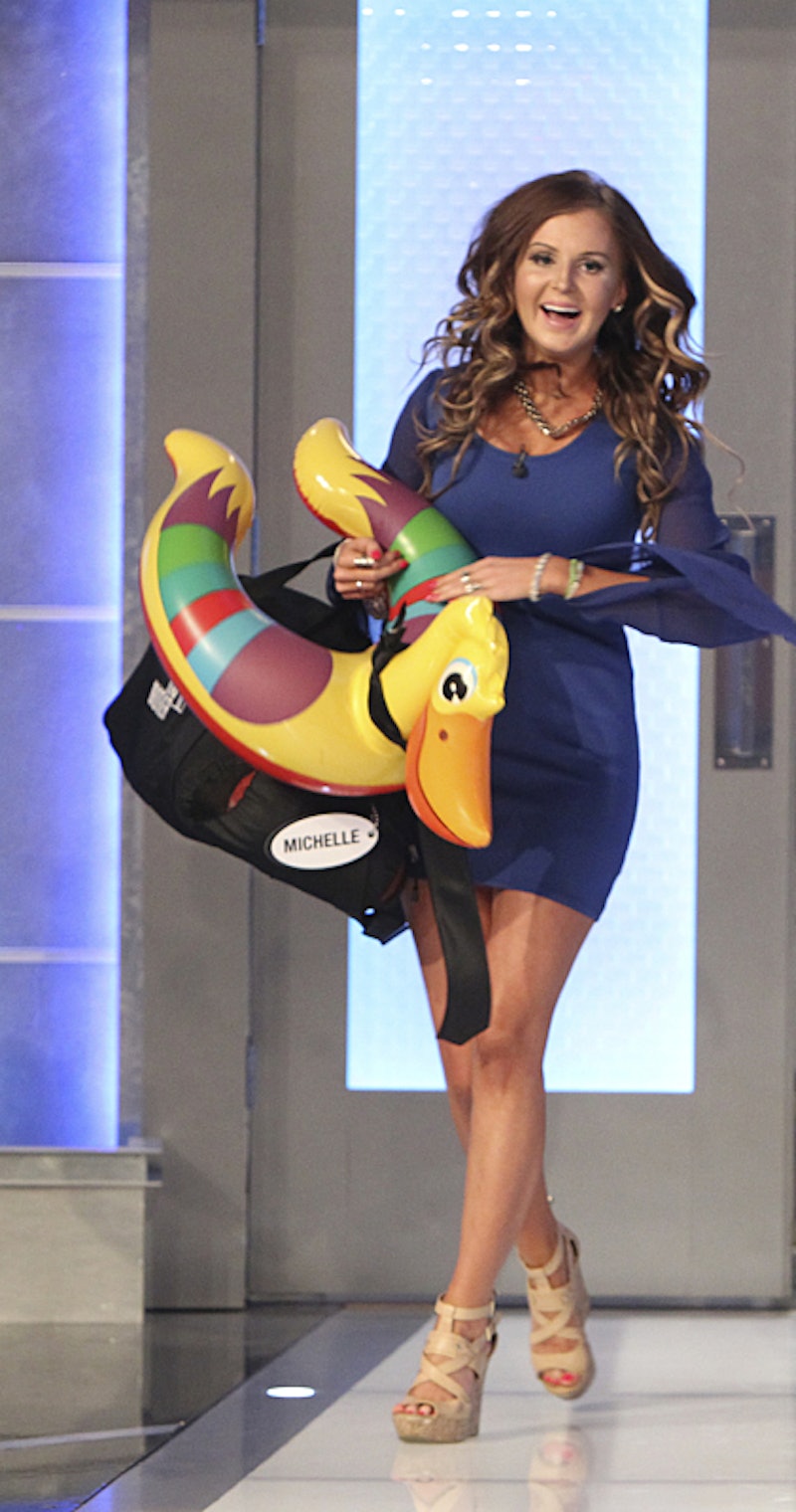 The superfan left the Big Brother house this week, putting an end to her impressive and often emotion-based gameplay. While speaking with Bustle, Michelle from Big Brother 18 revealed that, "I love causing chaos, even when I’m gone. I want them talking about me." She put all of herself into the game, which helped her as much as it hurt her in the end, with other players not wanting to associate themselves with someone who appeared to be easily swayed. The truth behind Michelle's gameplay, however, was that everyone in the Big Brother house plays emotionally. She may just be the only one to admit it.

Michelle has no reservations about the roles that others played in the Big Brother house, speaking candidly about the male presence in BB18. "It was difficult to compete against them — let’s face it, the boys were jacked," she says. "This season there are a lot of males who are both mental and physical competition beasts... I loved all the guys." Even Victor, who she had a rocky relationship within the BB house, harbors no ill will with her. "I was fine with [him]," she revealed. However, there was one person in the house that Michelle found herself at odds with time and time again — and her feud may just be what got her evicted.

"Nicole [is the biggest threat in the house]," Michelle says. Her relationship with Nicole has always been rocky, peaking during the double eviction when Michelle publicly accused Nicole of being a snake. "She’s going to slide up into that final two seat because she’s surrounding herself with guys who will take her because they think they can beat her." Even on her way out of the house, Michelle delivered an epic rant where she accused Nicole of "floating her way to final two," and claimed that Dan Gheesling was her cousin to affect Nicole. "I know Nicole is a big fan of Dan, so I wanted her think Dan would hate her now."

Even though Michelle doesn't care for Nicole, there's still part of her that "wish[es] us girls stuck together like the fatal 5." Despite BB18 having multiple female-only alliances, it seems that none of them stuck, and the only two girls left in the house are caught up in showmances. "There were too many showmances, too. Too many women felt dependent on guys. I didn’t depend on a showmance, didn’t depend on any guys for my game, which I’m proud of."

As for the jury house, Michelle seems to be looking forward to being back in a mostly-female environment. "I’m really excited to see everyone," she told Bustle, mentioning one specific jury member she looks forward to interacting with. "I know Paulie’s going to be really excited to see me, since I blew up his game." Paulie's already been having trouble in the jury house, and it's doubtful that Michelle is going to go any easier on him. In the end, Michelle gave it her all — and while she may have been critical of others and invited criticism onto herself, it's impossible to say this superfan didn't try her hardest to do well at her favorite game.