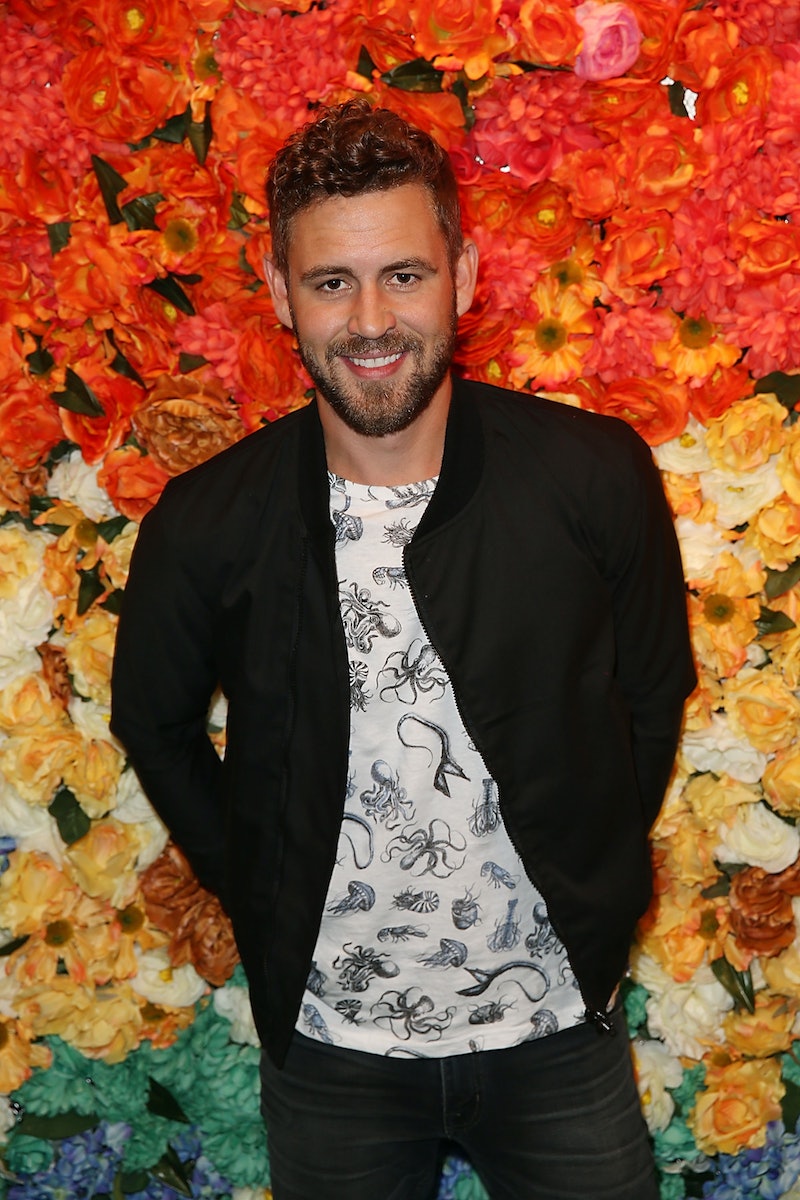 That awkward time of year is upon us — you know, when the latest season of Bachelor in Paradise is nearing its end, the next Bachelor has been announced, and January still seems so far away. Right now, it's three months away to be exact, but that means fans will have to literally wait until next year to begin watching a new journey to love. In the meantime, though, there are plenty of things you can watch on Netflix while you wait for the next season of The Bachelor . Unfortunately, the Bachelor franchise itself isn't available on Netflix for nostalgic viewing, but I've tracked down a few titles that can hopefully fill the "romantic journey filled with comedy, drama, and awkwardness" hole in your heart.

Sadly, there isn't a category on Netflix for the above (I made it up) or one that's called "missing The Bachelor" (get on it, Netflix), but it's not hard to find plenty of movies and TV shows available to stream that can give you a temporary fix. I looked for the following qualities: a love story (obviously), complications, lots of awkwardness, and more than one person vying for the heart of another. It's both a winning formula for The Bachelor franchise and most romantic comedy/drama movies ever made.

The original '90s single gal in the city pined for her childhood sweetheart in the unisex bathroom and looked for love in a lot of places — even the car wash, in one episode. Ally (Calista Flockhart in her breakout role) showed us a feminist journey of finding love — and yourself — while embracing miniskirts at work.

This 2013 movie by Joe Swanberg came out as part of the short-lived mumblecore movement. Jake Johnson, Olivia Wilde, Ron Livingston, and Anna Kendrick play two attractive couples who unintentionally switch partners on a friendly weekend trip to a cottage. What makes this film unique is that all of the dialogue is improvised, so all the awkwardness feels a bit closer to reality (just like The Bachelor, ahem).

Lucky for you, the entire series of the hilarious British comedy is now available on Netflix, as well as the two movies it spawned. Don't bother with the American remake of the franchise — all the charm lies in the original. The series follows four teen boys coming of age and going on all sorts of awkward sexual adventures in the process.

There hasn't been a gay Bachelor yet, but this charming 2016 indie comedy is a step in the right direction. Evan Todd plays a mechanic who comes out as gay to his best friends, who struggle with it — and then they help him find love in a hilariously heartfelt sequence of weird, uncomfortable dates.

This 2012 indie family drama shows the many attitudes about love that have developed in one family. Greg Kinnear plays a man who obsesses over his ex-wife, yet his son has trouble talking to girls, and his daughter prefers meaningless sex. The haunting song "Between the Bars" by Elliott Smith will be stuck in your head after watching this movie.

Rachel Bloom's charming musical comedy series tells the story of Rebecca Bunch, who is determined to win the heart of her camp sweetheart Josh Chan — and she follows him to Southern California to do it. She reminds me of all of the very determined women on The Bachelor, but Rebecca has a lot of unexpected depth and it's what makes the show touching beyond its quirky title.

The "adorkable" premise — a heartbroken women moves into an apartment filled with male roommates, where hilarity ensues — almost sounds just like The Bachelorette, doesn't it? This Fox comedy is still going strong and you can catch up on Netflix.

This lovely 2010 romantic comedy movie has Amy Adams torn between two charming men: her work-obsessed boyfriend (Adam Scott) who doesn't seem to want to get married, and an Irish innkeeper (Matthew Goode) who makes her question everything she thought she knew about love.

In this BET drama, Gabrielle Union plays Mary Jane, a successful broadcast journalist who juggles work, home, family, and a search for love.

Want an unconventional love story and lots of diamond rings? Look no further than The Prince and Me.

So don't worry, you have tons of Netflix options to keep you busy before the next season of The Bachelor.