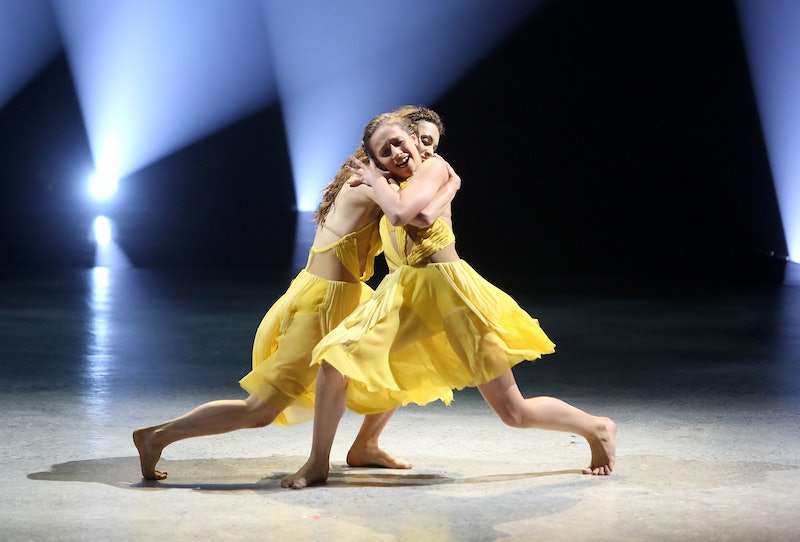 Even if she doesn't win So You Think You Can Dance, Tate already has proven that she's the strongest dancer of The Next Generation season. And I'm not alone in thinking that since Jason Derulo said during the Sept. 5 episode that he thought Tate might win So You Think You Can Dance. While it is not necessarily customary for the judges to admit who they think might win or who is the front-runner, when you watch Tate, it's impossible to deny that she's amazing. When she showed her outrageous versatility in a salsa dance with Jonathan, Jason had to say what most viewers have already thought at least once before: Tate could take home the top prize on So You Think You Can Dance: The Next Generation.

After her fearless and nonstop salsa routine, Jason said Tate could earn the title of America's Favorite Dancer (it doesn't matter that she's Canadian) because she brought it — meaning, she rose to the challenge of learning and mastering a new style. If any time is the time to bring it on the dance competition show, the last episode where viewers can vote for you is definitely that time. Plus, the fast and fun salsa was a perfect way for the ballet dancer to show her range because while her contemporary routines with Kathryn have all been beautiful, they have mostly been on the serious side. As she spun around the stage in some truly gravity-defying lifts, Tate showed a lighter side of her that viewers haven't seen too much of on So You Think You Can Dance.

Yet, although the dance was super fun, Tate also showed how mature of a dancer she is. Yes, I realize this season is all about kids dancing, but she has routinely performed well beyond her years and Nigel Lythgoe acknowledged that she did it again in the salsa with Jonathan. So whether Jason's prediction comes true on Sept. 12 and Tate ends up winning So You Think You Can Dance or not, expect to see this girl on stage for years to come.