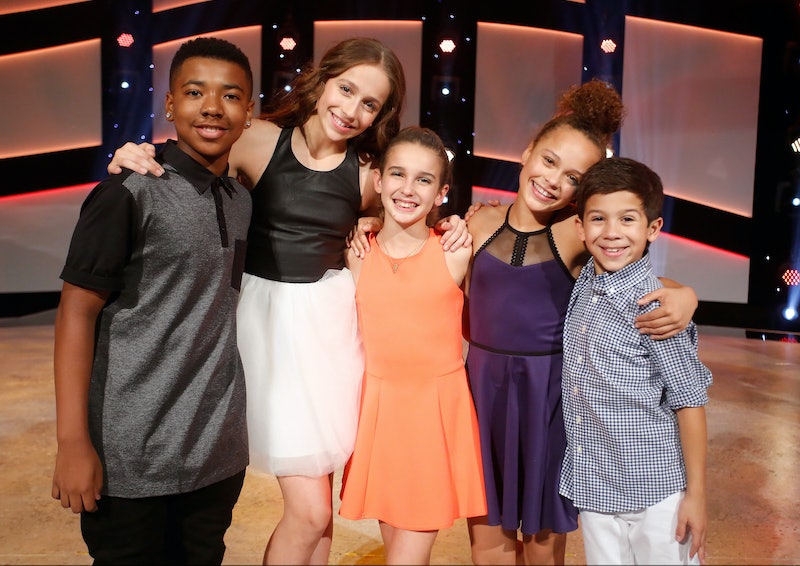 Excuse me for a moment while I get over my heartbreak about Tahani not making it to the final four on So You Think You Can Dance so that I can properly congratulate the four young Next Generation dancers who did make it through. While Tahani had a depressing night on Aug. 29 when she was eliminated, Tate, Kida, Emma, and J.T. can breathe a sigh of relief knowing that they'll be dancing in the final episode for the title of America's Favorite Dancer. Each Next Generation elimination has been tough — from Daniela to Tahani — and that's a testament to the talent level of each of the contestants. The four left standing after weeks of learning choreography and mastering new styles of dance should be insanely proud that they've made it through and for making the So You Think You Can Dance audience interested in seeing young stars come into their own.

I've said it before, but I was extremely wary of a season featuring young dancers (and that's putting it gently) since I didn't think I'd enjoy it as much as a regular season of So You Think You Can Dance. However, the final four each won me over in his or her own way. Emma tapped her way into my heart instantly and she was my first pick to win the series with her playful attitude and crazy tap skills. Tate was another dancer who caught my eye immediately — and really, how could she not? The Canadian ballet and contemporary dancer already feels like she's a professional in many ways and continuing to watch Tate's stunning performances week after week has understandably been a highlight of this season.

The dancer I was least excited about was J.T., but there's no denying the littlest of the competitors is a star. While I can feign surprise that he made it to the final four since he is the weakest technique wise because of his age, I do understand how the public can see that special something J.T. has that the judges talk about every week. Then, there's Kida. Like a fool, I didn't recognize his genius until a little later in the game, but he has a maturity in his abilities and he proved with the dance he choreographed for Fik-Shun and him during the Aug. 29 episode that Kida will have a hip-hop career after all is said and done on the competition series.

While I think Tate and Kida are the frontrunners to take home the big prize, all four dancers will have the chance to prove once again why they are still on the show in the Sept. 5 episode before the finale on Sept. 12. Whether you were excited for the Next Generation from the get-go or are a convert like Nigel and me, you won't want to miss Tate, Kida, Emma, and J.T. show through their dancing just how much they deserve being the final four dancers.