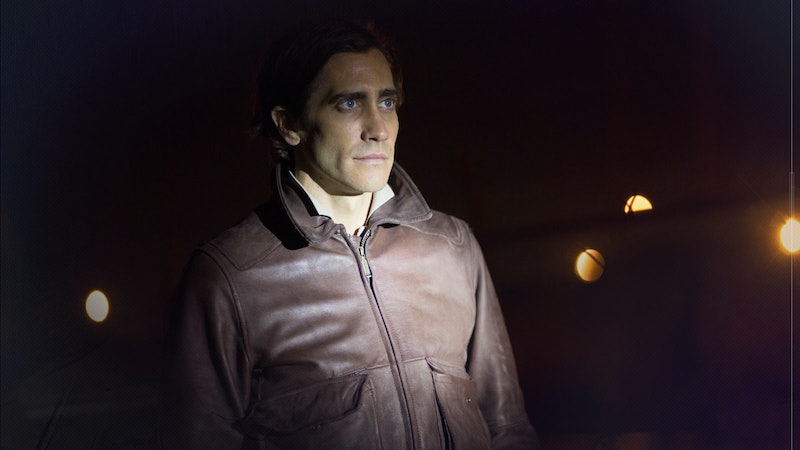 In the mood to be freaked out, but not so much that you have nightmares for months? You need a good creepy movie. You know, the kind of creepy movie that features just enough scares and unanswered questions to cause shivers down your spine, but not enough to make you wake up in a cold sweat nights later, wondering if a ghost is about to pop out from under your bed and murder you. If that sounds good to you, then you're in luck. After scouring the endless (and senseless) categories on Netflix, I have uncovered the 17 creepiest movies to watch on Netflix right now.

Be warned, just because these movies are creepy and not of the horror genre doesn't mean they're all harmless. If you're easily frightened, like I am, then you might want to proceed with caution. That said, some movies on this list lean more towards horror than others. But others are nowhere near the horror genre. After all, a movie doesn't have to be scary to be creepy, it just has to be unnerving. With that said, here are the 17 creepiest movies you can watch on Netflix right now.

Heathers is a dark comedy, but the whole mean girls-turned murderer thing hits a little too close to home.

OK, full disclosure: this one might actually give you nightmares.

Is there anything creepier than a psychological thriller with an unreliable narrator?

5. We Need To Talk About Kevin

A creep-tastic film that begs the question: are killers made or born?

Melancholia isn't the most violent or terribly upsetting Lars von Trier picture, but it's still Lars von Trier, so expect a pretty high level of creep.

A couple of newlyweds find their bliss interrupted when Bea (Rose Leslie) starts wandering around the woods at night, disoriented and, well, for lack of a better word, creepy.

Is there anything more terrifying and creepy than watching a couple of divers wait around to be eaten by sharks when they're lost at sea? I don't think so.

9. The Killer Inside Me

If this movie is half as creepy as its title, it will have done its creepy job.

Another Lars von Trier film, this one raised eyebrows for featuring graphic sex and horrors too graphic for most audiences. Make of that what you will.

We Are What We Are is a thriller about a family of suspected cannibals, so, yeah, the creep force is strong in this one.

12. The Cabinet of Dr. Caligari

The creepy movie that spawned thousands more, The Cabinet of Dr. Caligari is a must for any budding film buff interested in the history of horror on film.

The bowl cut, the coin toss — there's literally nothing not creepy in this movie.

Hush is a decent, creepy thriller, and a good way of easing into the horror genre, if you're into that kind of thing.

As if a crazy dictatorship wasn't creepy enough, Natalie Portman gets tortured in this movie, so, be ready.

Ending on a happier note: The Truman Show is a lovely dramedy that will have you laughing and crying. It will also have you second guessing whether you're actually living in a reality show for the rest of your life.

More like this
What’s New On Netflix: A Victoria Justice Rom-Com & The Return Of David Letterman
By Arya Roshanian
What’s New On Netflix: The Return Of 'Bling Empire' & A Rebel Wilson Comedy
By Arya Roshanian
8 LGBTQ+ TV Shows & Movies Like 'Heartstopper' To Watch On Netflix
By Alyssa Lapid
Watch The Dramatic First Trailer For Netflix's Jennifer Lopez Documentary
By Alyssa Lapid
Get Even More From Bustle — Sign Up For The Newsletter