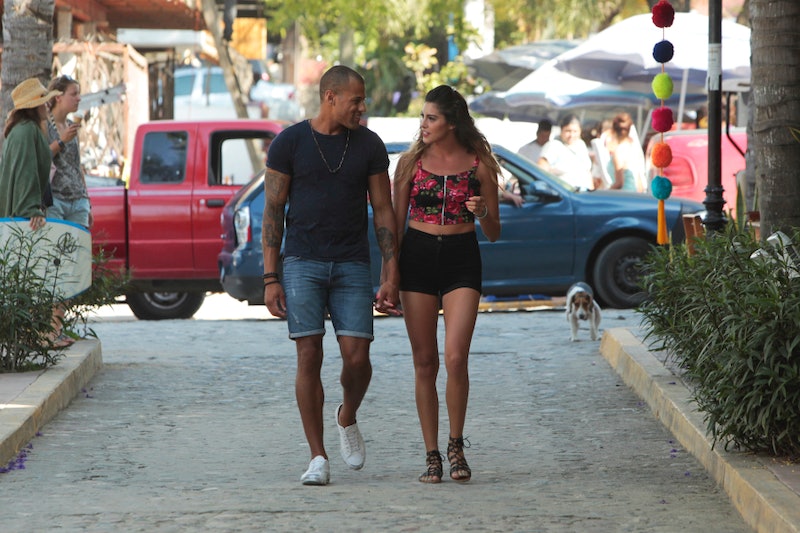 The time has finally come; it's the Season 3 finale of Bachelor in Paradise, which means the 2016 block of The Bachelor and its spinoffs is officially coming to a close — giving Bachelor Nation fans a few months off to look around and take stock of their lives before 2017 kicks off with Nick Viall as the Bachelor. But, I'm getting ahead of myself. First, let's check in with one of my favorite Bachelor in Paradise couples: Grace. So, are Grant and Lace still engaged after Bachelor in Paradise Season 3?

This Bachelor in Paradise couple had a bit of a rough start since they both entered Puerto Vallarta on the first day, but Lace got swept up in Hurricane Chad and was forced to deal with all that drama. Still, in the aftermath of Chris Harrison doing everyone in Paradise (and me watching at home) a favor by kicking Chad off the show, Lace seemed hesitant to rekindle something with Grant. But, once they talked, they decided to pursue a relationship and have been mostly solid since then — I'd say somewhere around 94 percent solid. As other relationships came and went, including fellow Day One-ers Vinny and Izzy, Grant and Lace stayed together.

Of course, there was some other drama — stirred a little bit by Jade and Tanner Tolbert when they revisited the Bachelor in Paradise resort where they met and fell in love — because Grant told Lace he was in love with her and it took her a little bit longer to say it back. This hesitance is a normal human emotion to feel and I don't blame Lace for waiting until she's sure, especially since they've only been together a couple weeks (at most). Still, in the first half of ABC's two-part Bachelor in Paradise finale, Lace finally said those three important words. It didn't necessarily come as a huge surprise to me, however, considering she and Grant got matching "Grace" tattoos — which is a slightly more serious commitment in my book.

Still, just because Grant and Lace have been a solid couple on Bachelor in Paradise doesn't mean their relationship will be fine once the show wraps. Bachelor Nation fans know better than most that a reality TV engagement does not necessarily foretell a life-long happy marriage. That said, if you've been keeping up with Bachelor Nation news, you probably know Grant and Lace were spotted together after filming wrapped. Between Grace, Josh Murray and Amanda Stanton announcing they're moving in together, and ABC straight up spoiling that Nick Viall and Jen Saviano don't last with that Bachelor announcement, it looks like no one cares about spoilers anymore. Rude!

Anyway, Grant and Lace hanging out post-show is a good sign that they're still engaged. Now, one question remains: Will Grace tie the knot on national television like Jade and Tanner, or enjoy a long, long engagement like Kaitlyn Bristowe and Shawn Booth (don't think I forgot about those two)? My money's on long engagement — since Lace seems to be taking things at her own pace and Grant seems happy to do so. But, I'm still rooting for these two, no matter the timeline of their post-engagement lives.