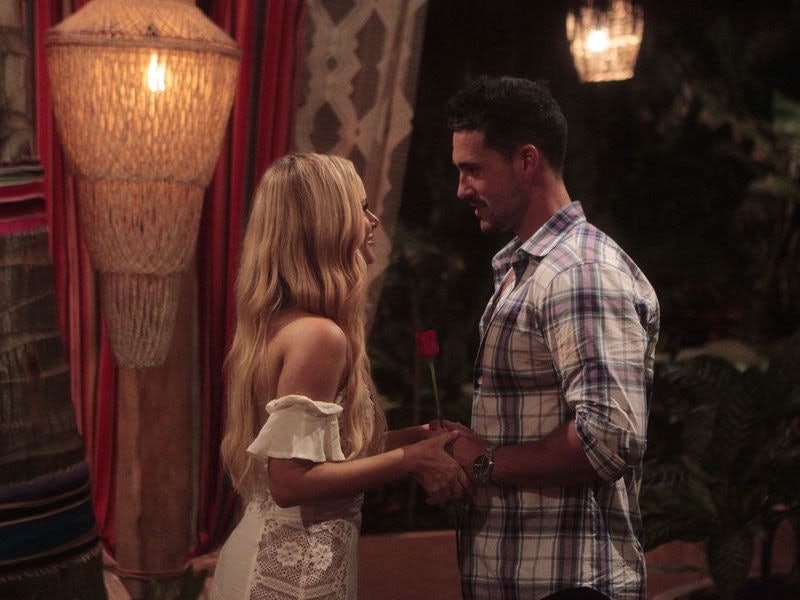 When she was on The Bachelor, Amanda introduced her two daughters to Ben at her home in California during their hometown date. Ben had a beach playdate with Kinsley and Charlie where the two girls showed they are a pretty typical toddler and preschooler despite their mom being on national television. Ben ended up breaking up with Amanda after their hometown date, but she's having much more luck in love on Bachelor in Paradise since Josh has seemed completely invested in her since he arrived to Paradise — and the making out hasn't stopped since.

Although I wouldn't peg Josh as the type of guy who is ready to settle down and have a family immediately, that appears to be the case when it comes to his relationship with Amanda. And even before the legitimate report from Us Weekly that Josh had moved in with Amanda, there was photographic evidence that Josh was spending time with Amanda — and her kids — post-Paradise.

As per usual, Reality Steve didn't shy away from spoiling this couple's outcome and he tweeted a photo of two people that looked very much like Amanda and Josh doing the thrilling domestic chore of shopping together. While some followers on Twitter disagreed that this was definitely Amanda and Josh, I think these people look too much like them to deny it.

While a little girl's head can be seen in the photo, there's no way of knowing that's Amanda's child. However, don't worry, since another spotting of the couple before their move-in announcement pretty much proved that Josh had already met Amanda's daughters. Inquisitr shared the below photo from Twitter of Josh playing with four-year-old Kinsley and two-year-old Charlie at the Kansas City Chiefs field in Missouri. (Josh's brother Aaron Murray plays for the Chiefs.) Once you see the photo, you have to accept that it's Josh with Amanda's two daughters — and you know what? He looks pretty natural playing with these adorable girls.

Now that Josh has moved from Atlanta, Georgia to be with Amanda and her family in Irvine, California, what happens on Bachelor in Paradise between them will come as no surprise. Although Bachelor in Paradise tried to trick viewers into thinking that Amanda would end up with Nick initially in the Season 3 promo, the minute Josh arrived, she showed her time with Nick was finished. And based on the fact that Josh already seems to be having fun in a fatherly role with Amanda's children, it looks like she made the right call.