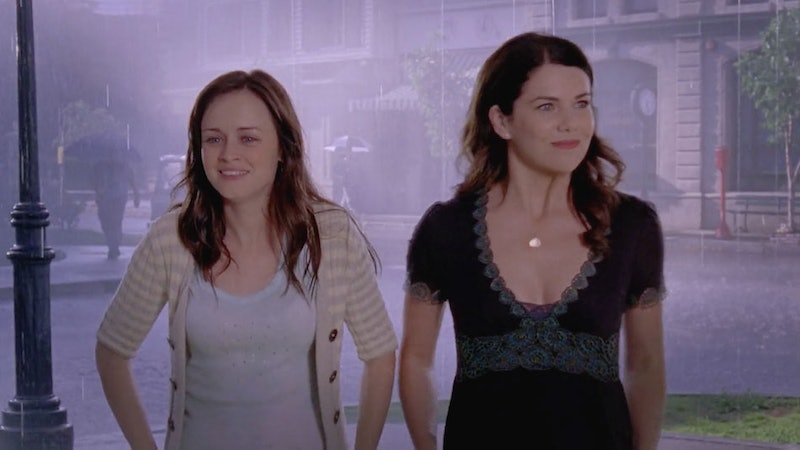 Amy Sherman-Palladino has made it clear that she's not interested in watching Gilmore Girls Season 7. Who could really blame her? It's the only season of the show she created that she didn't have any part in due to contract negotiations. But not everyone wants to totally ignore the original final season of the series. Many want to go back and see exactly where Lorelai and Rory were back in 2007, ahead of the Gilmore girls' return to Netflix for A Year In Life this fall. Of course, without Sherman-Palladino, Season 7 lost some of its charm, and the banter just didn't seem as witty as it once was. That being said, Season 7 has a lot of episodes that are worth rewatching and that capture the spirit of the show as Sherman-Palladino intended it.

Since there's not too much time left before Gilmore Girls returns for us all to stream online, it's worth doing an abridged viewing of the seventh season. You probably don't have time to do all 22 episodes, but there are more than a few that you need to make the time to watch before you start on the new season. These are the eight episodes that will get you excited for the Gilmore Girls all over again.

Rory's upset about not being able to go on her Asia trip with Logan, so Lorelai brings China, Japan, and Thailand to her in the form of a Hello Kitty shrine and homemade sushi. This one is worth watching just to fill your head with the possibilities of dessert sushi. Sign me up for some Oreo Red Hot sashimi any day. But it also has a sweet moment between a newly pregnant Lane and a not-pregnant Rory about moms and how they're not perfect.

This episode is a win for anyone who's been Team Chris. He shows his romantic side and that he really does get Lorelai with a barnyard viewing of Funny Face that ends with them bailing Emily out of jail. Yeah, it was a really great night for Lorelai. But Rory also had a good night, meeting two new friends who showed the younger Gilmore that school isn't just about getting good grades.

This episode is anything but merry: Lorelai gets into a fight with Christopher over children, and Rory gets into a fight with Logan for telling Lucy that she's known Marty all along and lied about it. But if all you wanted for Christmas was a fist fight between Chris and Luke, then this was the best holiday ever.

Richard ends up in the hospital after having a heart attack while teaching a class at Yale. It's how the Gilmores rally around their patriarch, though, that makes this episode a standout and a tearjerker. It also lets you see which guys are really there for Lorelai and Rory. It's a turning point in the show's final season that is worth taking another look at, even if you need a whole box of tissues to get through it.

With the lack of big Stars Hollow events in this season up until this episode (more than halfway through, might I add), Lane's baby shower is a welcome distraction. Of course, nothing goes as planned, but isn't that part of the fun? While Luke and Lorelai get to have their own sweet moment, it's Lane asking Rory the title question that will leave you with cavities. Not to mention that it'll force you to realize just how far these two have come since that first season.

Mia, the owner of the Independence Inn who was like a second mom to Lorelai, has always been a person whose presence hangs over the show, but fans knew very little about her. In this episode, Lorelai, Rory, and, at the last minute, Emily, go on a road trip to Mia's wedding. It's here that Emily — and the audience — finally gets a sense of what Mia meant to her girls. This is also Emily's best episode all season, and it's certainly worth the wait.

At this point, it's very clear that Lorelai isn't completely over Luke, but, with one karaoke performance of a Dolly Parton-inspired "I Will Always Love You," she finally reveals how she truly feels about her former fiancé. Give all the awards to Lauren Graham for this performance.

Rory's already graduated and getting ready to start her new life as a single (!) journalist on the campaign trail with then Senator Barack Obama (!!). It's certainly not easy saying goodbye, which is why you'll have all the feels with this one.

These episodes may not end up being your favorites of the entire series, but there are little gems within each of these that remind you why you loved the show for all those years.