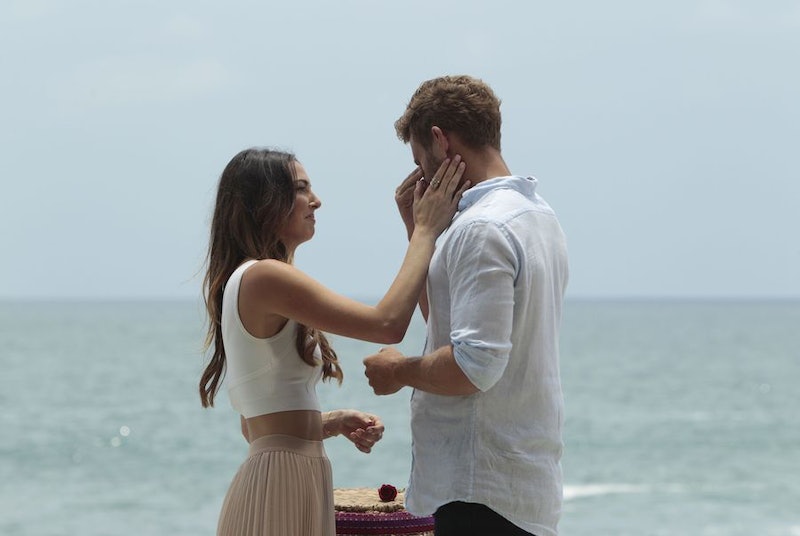 It wouldn't be a Bachelor In Paradise season without some heartbreak, am I right? Every season someone is going to end up driving away from the beach in tears. This season it ended up being Jen. After getting together with Nick immediately upon her entrance into Paradise, the couple looked like they were headed to the finale as a rock solid twosome. Unfortunately, Nick didn't end up proposing to Jen and, to top it all off, he is now officially the next Bachelor. After that bombshell, what is Jen doing after Bachelor in Paradise?

Well, Jen seems like she is doing just fine. Tuesday night she showed up on After Paradise where she was told that she has four planets in her relationship house by a psychic who called in, so I am assuming Jen will be pretty busy from here on out finding her true love. Besides dealing with all of those planets, Jen told host Michelle Collins that she was doing well and, although it was tough to deal with Nick being announced as the new Bachelor, she has moved on.

If you take a quick look at her social media, she has certainly been letting her feelings be known about Nick. By the looks of it, she is not really psyched to see him be the main event for a bevy of ladies to fight over and, really, who can blame her?

It looks like Jen is walking away with her head held high and that's refreshing to see. Although she seems to be taking it all in stride, I think it's safe to assume that she will not be tuning in to see Nick this season on The Bachelor.