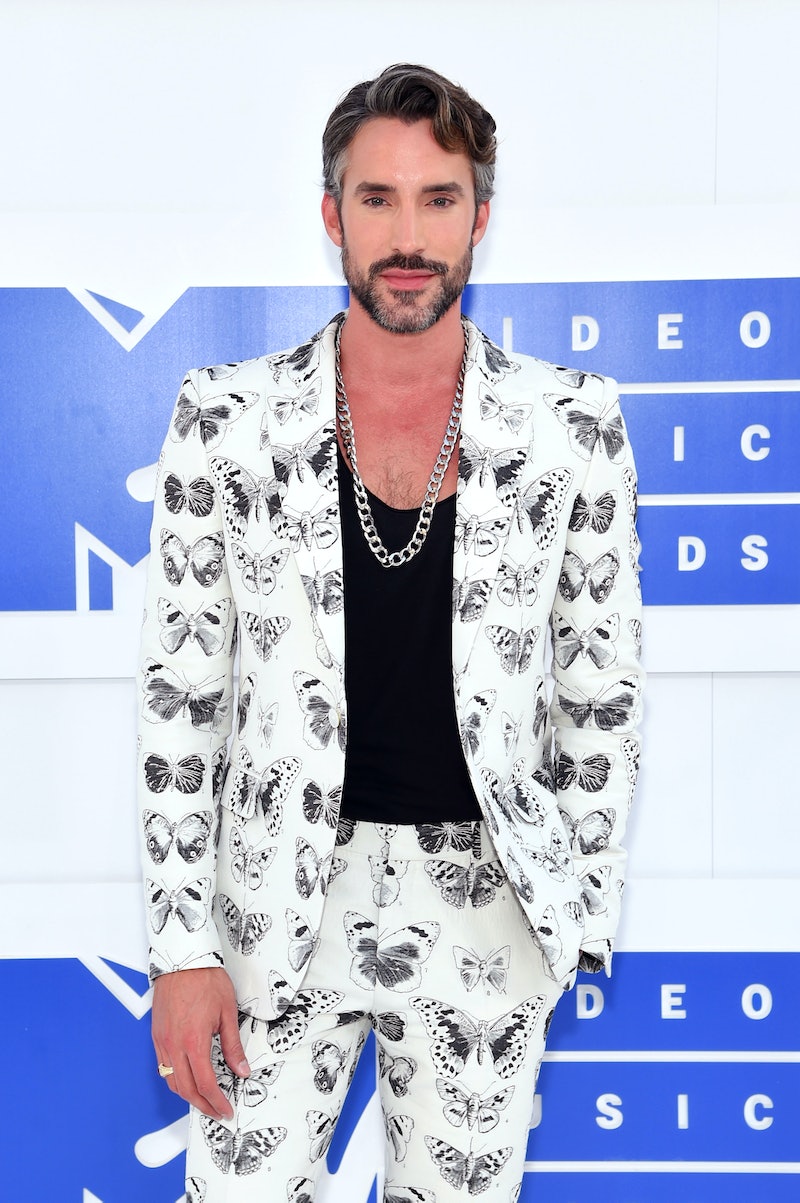 Ben Higgins, Chris Soules, Juan Pablo Galavis… Over the past 14 years, ABC's iconic dating show The Bachelor has brought viewers 20 straight (and mostly white) suitors to varying degrees of success — romantically and commercially speaking. Logo is looking to buck that trend in more ways than one with the network's brand new dating series Finding Prince Charming , which will introduce the world to a gay bachelor, 33-year-old Robert Sepulveda, Jr. as he attempts to win the hearts of 13 eligible gay contestants.

According to the show's official website, our "Prince Charming" is a native of Puerto Rico who owns "an award-winning interior design firm from Atlanta." Sepulveda's bio also states that "throughout his life he has been committed to advancing the awareness of diversity, equality and LGBT rights through public art and community outreach." According to his firm's website, Sepulveda has worked with the likes of Ralph Lauren, Lacoste, and Kenneth Cole. And, in a promo video for the show, the former fashion model revealed that he also owns a non-profit, travels a lot for work, and that the thing he's most nervous about during Finding Prince Charming is having to eliminate the contestants.

Of course, these neatly-packaged bios and promos can't always give the full picture of the man behind the suitor. This became clear late last month when Sepulveda's past history as a male escort was revealed.

Among the show's potential audience, reaction to the news was mixed. According to The Wrap, some people — including AIDS activist Tyler Curry — "caution[ed] against 'shaming' people who become sex workers," but others were quicker to pass judgment upon the suitor, calling him "a disgrace to the community," as LGBTQ site Queerty reported.

Sepulveda came to his own defense a few days later in a Huffington Post video. "The past is the past," he said. "I was young and it helped through college. But what I want people to focus on is who I am today as an entrepreneur, as an activist." He also said the show helped him deal with his past. "The show allowed me as well to close a lot of chapters in my life that I felt a lot of guilt around, a lot of shame and a lot of things I thought I couldn’t share and express," he said.

Finding Prince Charming host Lance Bass sat by Sepulveda's side throughout the video, and voiced his support for the suitor: "We all have our past. I was in a boy band. I’ll admit it."

In an interview with People, Sepulveda reiterated that his male escort days would be addressed on the series. "I didn't want to have to talk about that time in my life again," he told the magazine. "But I'm not ashamed of my past. I own it, and I talk about it with the guys on [the show.]"

Sepulveda also hopes that his casting sends a positive message to gay men everywhere. "Everyone is worthy of love,” he told Us Weekly. “It doesn’t matter what you’ve done in your past, escorting or anything else.”

I think that's a sentiment everyone can get behind.