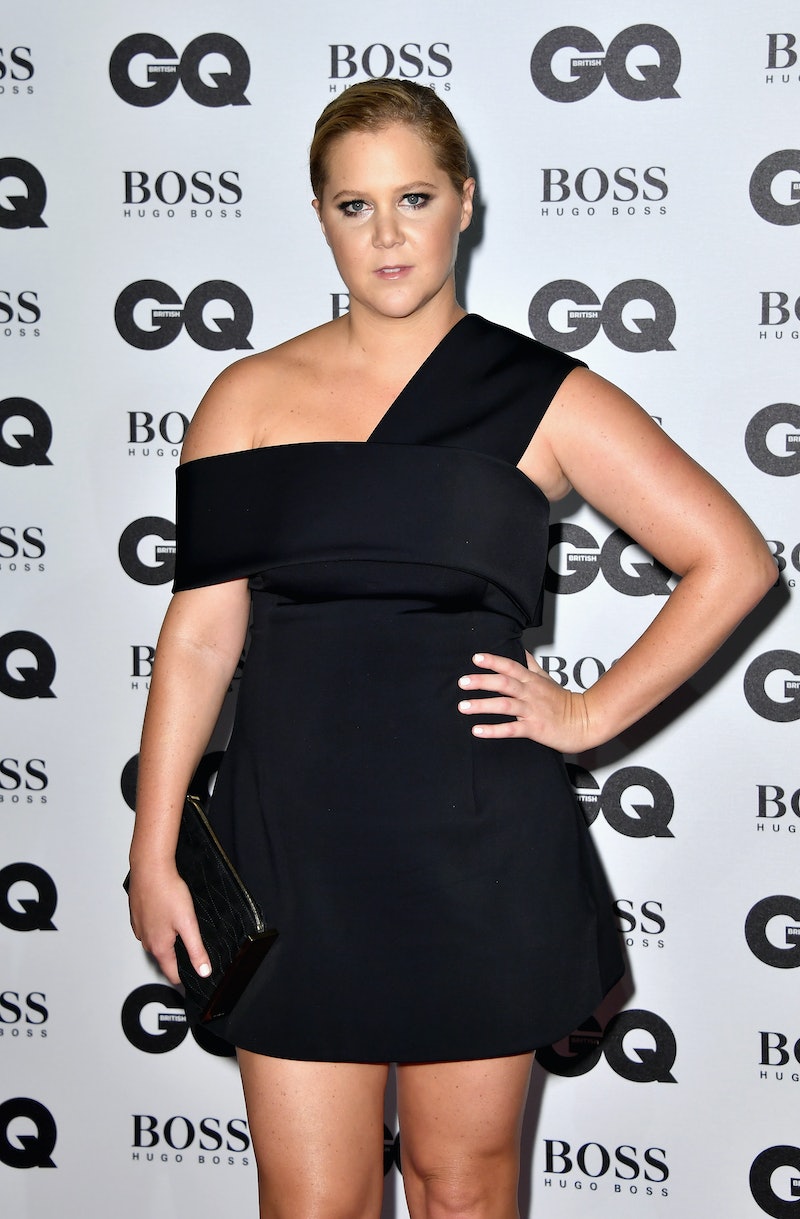 While Amy Schumer is known as one of the most outspoken comedians today, that doesn't necessarily mean she's the same off-stage. In fact, she considers herself the opposite of outgoing. In a recent interview with BBC Newsnight, Schumer admitted she's an introvert. And for anyone else who gets stressed at the thought of too much social interaction, her words can spur a major sigh of relief. She was asked when she realized this about herself and told the host,

"It was going to a wedding with my boyfriend at the time, and I was in my mid-20s and just was like, 'I really hate this and I can't do it.' I can't be this social with this many people for this long."

Still, the 35-year-old admitted that process took time. She talked about "getting to a place where I didn't think something was wrong with me and that I thought it was OK. I actually really like that I know that I need time on my own to recharge." In sharing her introversion, Schumer dispels the stereotype that all introverts are super shy or always hiding in a corner. She's someone who very much puts herself out there, but learned when to step back. It's a valuable lesson that anyone can benefit from: Take the time you need for yourself.

When the host asked if Schumer's introversion — which she also wrote about in her book The Girl With The Lower Back Tattoo — stopped her from attending weddings after that, the Trainwreck star explained how she learned her limit. Instead of avoiding weddings entirely, she just knows when to walk away. But she also clarified, "It's not just affairs that are that big. It can be just the small talk with someone in the elevator." In explaining what causes her to get overwhelmed, she's showing that it can be an everyday battle.

Despite the fact that she's now a megastar, she's had some less than glamorous moments where she needed to step back. She explained, "I have sat in a Starbucks bathroom and just sat on the floor and just taken a minute. Nobody was waiting, so it wasn't rude." Leave it to Schumer to throw in a little bit of humor at the end of that anecdote. Still, it's these kinds of confessions that make her more relatable than ever.

It's awesome to see Schumer open up about the topic and surprise people in the process. This shows that while it's easy to label people, but impossible to know what's really going on inside their heads.