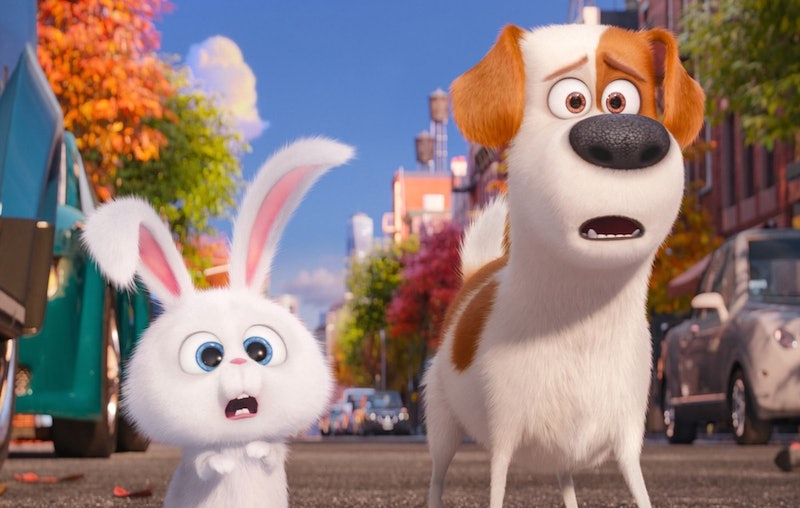 Unless you're living under a rock, you've probably heard about and most likely seen The Secret Life of Pets. You know, the Toy Story-esque movie about what happens with your pets after you've left the house? It has a 74% rating on Rotten Tomatoes and grossed a huge amount of money when it was released earlier this year, so needless to say, it's a good time to be had by all viewers. But if, like me, you prefer to take in a film on your couch with a bowl of popcorn and missed the movie when it was in theaters, then have no fear, because sooner or later The Secret Life of Pets will be on Netflix and you'll get to enjoy it for yourself.

Unfortunately, there's no word yet on when exactly The Secret Life of Pets will be on demand or streaming on sites like Netflix and HBOGo. Typically, movies seem to be available to rent about six months after their theater release so I wouldn't be surprised if around October or November 2016, we saw The Secret Life of Pets available for streaming on Netflix and renting elsewhere. And if you really can't wait and need something to hold you over until the furry friends are available on your TV screen, try these six similar movies that are available to stream on Netflix right now.

This oldie but goodie is full of heart but also has a ton of laughs. Not unlike The Secret Life of Pets.

Minions is written by Brian Lynch, who coincidentally also wrote The Secret Life of Pets.

This is a movie you won't be sorry you watched.

You can't miss this one. Trust me.

If you haven't seen the first one — what are you waiting for? And if you have, don't miss this equally thrilling sequel.

6. The Land Before Time

Like I said, no word on when The Secret Life of Pets will be available on Netflix, but hopefully one of these six movies can tide you over until it eventually arrives.

More like this
8 LGBTQ+ TV Shows & Movies Like 'Heartstopper' To Watch On Netflix
By Alyssa Lapid
Michael & Kathleen Peterson’s House From ‘The Staircase’ Has New Owners
By Kadin Burnett and Kayla Blanton
What’s New On Netflix: A Victoria Justice Rom-Com & The Return Of David Letterman
By Arya Roshanian
What’s New On Netflix: The Return Of 'Bling Empire' & A Rebel Wilson Comedy
By Arya Roshanian
Get Even More From Bustle — Sign Up For The Newsletter