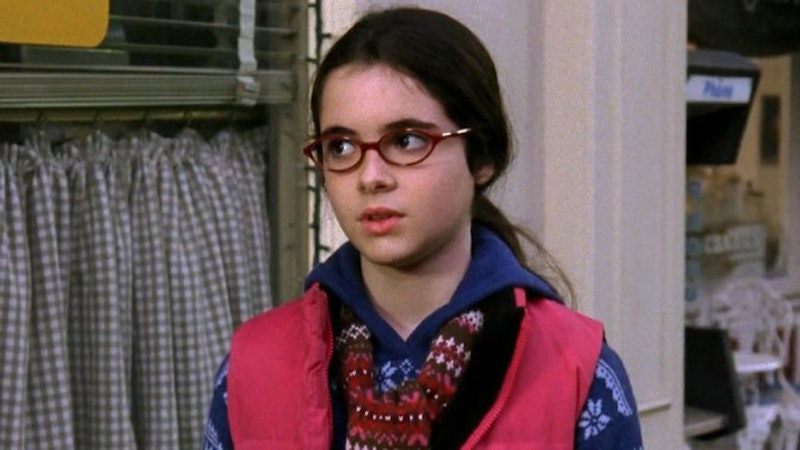 If you think you know all there is to know about Gilmore Girls, think again. There is always something to learn when it comes to the beloved series, including about every single famous person who once appeared in the dramedy. Throughout its seven season run, a lot of celebrities guest-starred on GG. And by a lot, I mean a lot. It's quite a list to comb through, so I'm here to help condense it just a bit. So, it's time to discuss the famous people who were on Gilmore Girls as kids. Some you will definitely recognize, but there may be a few then-unknowns below that will surprise you.

As young stars, it's always good to start out strong and what better way to do that than by guesting on Gilmore Girls? That's something I'd like to have on my resume and I'm sure it would impress most casting directors. Granted, some of the following stars didn't have huge parts on the former WB hit, but it's still a big deal to say, "Yeah, I was on Gilmore Girls." If I were them, I'd brag about it all the time.

Well, enough chit-chat (I know, the total opposite of Lorelai and Rory). Let's get to a few of these famous faces who appeared on GG when they were just kiddos.

Before becoming known as a huge Nickelodeon star in Victorious, Victoria Justice was on Gilmore Girls in Season 4, Episode 3, "The Hobbit, the Sofa and Digger Stiles." She played Jill #2 and popped up at Lorelai and Sookie's Lord of the Rings themed party, which they were hosting to bring in extra dough to help with the opening of the Dragonfly Inn. If you recall, Jill #2 did not like Sookie's food and even said it tasted like "diapers." Yeah, that didn't go over well with Sookie.

Kendall Schmidt, known for his time with Big Time Rush, appeared twice on Gilmore Girls. First, he played a boy scout, aka Kid #1, in Season 2, Episode 5, "Nick & Nora/Sid & Nancy." Let's just say he liked to argue with Luke for the few seconds he was on. Then, he also showed up in Season 3, Episode 3, "Application Anxiety" as Peter. Again, he argued with Luke over food.

If you're a huge daytime soap opera fan, then you probably recognize Lexi Ainsworth from General Hospital on which she plays Kristina Corinthos Davis. On Gilmore Girls, she played Tillie in two Season 6 episodes (Episode 8, "Let Me Hear Your Balalaikas Ring Out," and Episode 12, "Just Like Gwen and Gavin"). As Tillie, she asked Luke to sponsor her soccer team and after some coaxing from Lorelai, he finally gave in. She also schooled Luke on why it's OK for girls to be aggressive during a soccer game just like boys.

In Season 6, Hayley McFarland appeared in two episodes. The first was Episode 18, "The Real Paul Anka," and the second was Episode 20, "Super Cool Party People." She played Marcia, who was a friend of April's and even attended that disastrous birthday party for April at Luke's. Thankfully, Lorelai stepped in and made it all better. After GG, McFarland starred in several popular series, but Sons of Anarchy fans know her best as Brooke Putner.

Ryan Malagrini isn't a huge star (as of right now), but if you can't help but watch Freaky Friday starring Lindsay Lohan and Jamie Lee Curtis every time it's on, then you most definitely know him as Harry in the 2003 classic. He also appeared in Gilmore Girls Season 3, Episode 7's "A Tale of Poes and Fires" as Fred Larson Jr., where he and his family who were part of the Poe Society crashed at Lorelai's after the inn caught fire.

In Season 7, Episode 10 titled "Merry Fisticuffs," Cody Klop played Jacob, one of the middle school boys who went head-to-head with Kirk over selling wrapping paper for the holidays. Klop's character is somewhat similar to one of his more well-known roles, but definitely not as intense. As you can see below, Klop played Leslie Knope's biggest archenemy, Greg Pikitis, on Parks and Recreation.

Obviously, Vanessa Marano, known for her leading role in Switched at Birth, played Luke's daughter, April Nardini. She is still pretty much the most hated character of Gilmore Girls, because many blame her for the breakup of Luke and Lorelai. One thing that also remains certain is that Marano did a job well done as April and no one will ever forget her and her polarizing character.

I hope all these young stars know just how lucky they are to be part of one of the greatest series of all time.