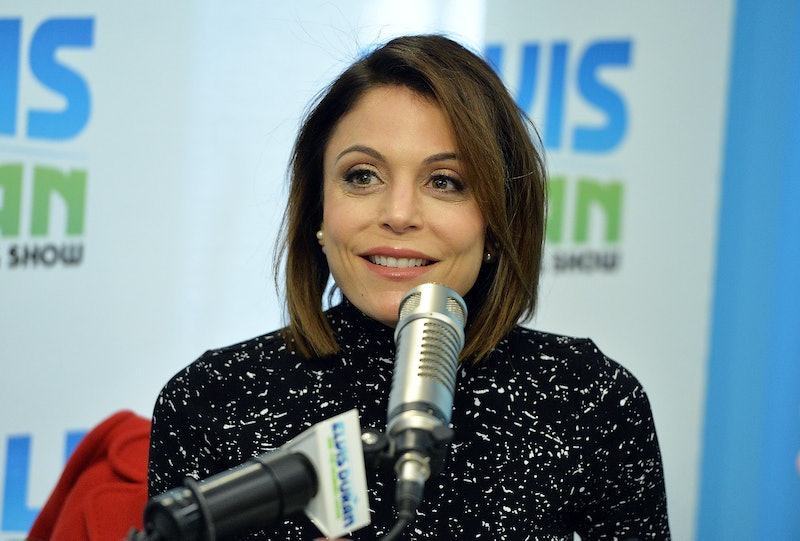 Though I'm a devout Bethenny Frankel fan, I'm the first to admit that it’s sometimes really hard to like The Real Housewives of New York star. Even during her best days, Frankel can still rub the other Housewives the wrong way with her demeanor, and turn the audience completely against her. I blame her caustic wit and sharp tongue, mostly, and generally it's actually pretty easy to ignore. However, this season especially, the star has been embroiled in a lot of drama that hasn't exactly promoted joining the Frankel fanbase. But, that doesn’t mean there aren’t plenty of reasons you should give Frankel another chance — in fact, despite scandals, it's definitely not worth writing her off yet.

Keep in mind that, in between her bouts of major drama with the other women on Real Housewives of New York, Frankel did a ton of things this season that warrant being given a second chance. I mean, sure, she’s not perfect, but nobody is. And, when it comes down to it, Frankel has a lot of redeeming qualities that you shouldn’t ignore — even when she is caught smack dab in a swirling pile of her self-created issues.

See the below for examples.

I don’t care what anyone says, Frankel is one of the funniest Housewives in the entire franchise. During the few seasons she wasn’t on the show, it really wasn’t the same without her.

2. She Says What All Of Us Are Thinking

Give that girl a hand, because she really does say what the world is thinking, even if it hurts the rest of us to hear it.

Listen, who among us hasn’t gotten so worked up during a fight that they spouted off a bunch of horrible things. It happens. And the fact that Frankel can own that she sometimes loses her mind during conflict and apologize for it makes me like her even more.

So she hasn’t been the best at keeping her mouth shut about certain rumors this season — come on, Frankel— but we all make mistakes, right? And we all deserve a second chance.

5. She Always Shows The “Real”

While some of these women go on the show to promote their businesses and show off how much money they have, Frankel has never shied away from showing her true self.

The people on the show who matter to Frankel never get on her bad side. Maybe it’s not that she’s a bad friend to Luann and Jules, maybe it’s just that she doesn’t actually count them among her real friends.

7. She’s Been With The Show From The Beginning

And you know I love an O.G. cast member.

8. She’s Never Turned Her Back On Fans

Think about it: Frankel has never shied away from showing fans her life. So, why would you shy away from wanting to see her life now that things are a little sticky?

10. She Never Stops Trying To Be Better

She’s not perfect, and the fact that she shown everything from her business relationships to her therapy sessions on the show just shows how humble she is about improving herself.

There aren’t enough powerful women on television, if you ask me. Why would you turn your back on one of the best?

She embraces being bossy, knowing it all, and speaking her mind. There isn’t anything not to like about that.

13. She Has Some Of The Best One-Liners

The show — actually the franchise, really — wouldn’t be the same without Frankel’s amazing quips.

See what I mean? This softens your heart a bit, right? Give the girl another chance. She’s never given you a reason not to.

More like this
Everything To Know About 'RHONJ' Season 13
By Brad Witter
‘RHOBH’ Newcomer Sheree Zampino Is Still Close To Ex-Husband Will Smith
By Brad Witter
Everything To Know About A Potential 'Love On The Spectrum U.S.' Season 2
By Gretchen Smail
Kim Kardashian Remembers Her Last Words To Death Row Victim Brandon Bernard
By Jake Viswanath
Get Even More From Bustle — Sign Up For The Newsletter