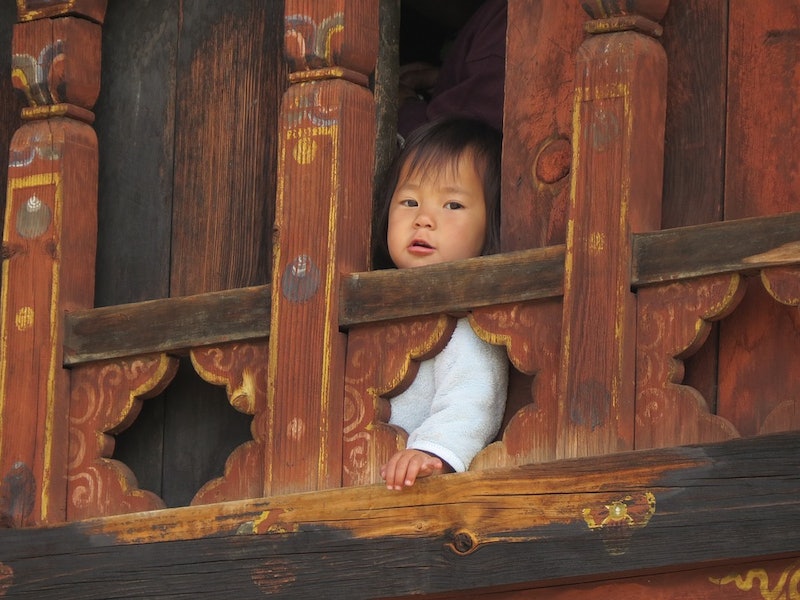 Children are, and have always been, unaccountable, weird little monsters. It seems, however, that societies throughout human history have coped with these characteristics in a variety of different ways. Whereas these days we-the-privileged have Baby Mozart, competitive preschools, and cyber-bullying, previous civilizations were more worried about child mortality via murderous lion-goddess, whether they'd used the right kind of lizards in their medicine for sick kids, and the likelihood of a non-Christian kid being born without any limbs at all.

There is basically nothing that prompts human creativity so much as a small, angry human who wants a nap. If you thought your mother's old wives' tales were bizarre, try giving broken shards of pottery to infants sometime, or deciphering the baby's first "words" after birth to see if they'll live or not. (By "try" I mean never, ever do that.)

From the ancient Greeks, who seemed to think children belonged in zoos, to the Aztecs and their propensity for mutilation of tiny babies, it's been a very strange thing to be a child in many human societies. All things considered, the modern child gets a pretty carefree ride if it's born in the right circumstances, particularly because nobody's hovering over it telling it to be quiet or something will eat its bones. (Or at least one would hope so.) If you're looking for parenting tips, this is not the article for you. Here are seven bizarre things people used to believe about children in history.

People have been vaguely pissed off by the nonsense and destruction committed by rambunctious children for a very, very long time. Modern parents can take heart from the ancient Greek view, which we can ascertain from the philosophers Plato and Aristotle, that children were by nature wetter and hotter than adults, meaning that they had more fiery tempers, "unformed" soft bodies (which would later harden into adulthood), and were greedy, loud, and irrational. (OK, so maybe they were onto something.)

"Of wild animals," said Plato in his Laws, "a child is most difficult to take in hand; for insofar as he most of all has a spring of reasoning that has not yet been channeled, he becomes cunning, shrewd and the most hubristic of all wild animals." The souls of ancient Greek children were literally seen as too energetic, needing education to calm them down and make them less awful. There was a reason that Artemis was goddess in charge of both children and wild animals; they were basically regarded as the same thing.

2. That Their Hernias Could Be Cured By Lizard Bites

When it came to children's medicine in ancient Rome, it seems to have been much safer if you never got ill at all, because if the disease didn't kill you, the cure certainly might. Roman naturalist Pliny the Elder, in his Natural Histories, puts together a list of folk remedies for children that's both horrifying and disgusting. (Pliny himself said that "it is hardly possible to preserve one's seriousness" in discussing some of them.) If children's teeth weren't developing properly, for instance, he found that it was recommended to attach viper brains to their bodies with a piece of skin. And if they weren't potty-trained, giving them dead mice to eat was apparently helpful.

The best one, though, has to be the cure for hernia in small infants. The way to deal with this, apparently, was to have a small, male green lizard bite the baby, then hang up the lizard over smoke until it died.

3. That If Babies Made The Wrong Noise After Birth, They'd Die

The notion of a baby's cry as key to its survival after birth has been around, it seems, for thousands of years. It indicates clear airways and a justifiably angry baby; but the ancient Egyptians took their classifications of an infant's first noises rather further. According to the Ebers Papyrus, a medical text dating back to around 1550BC, the first "word" of a newborn was a key to its future. "If, on the day the child is born," the text says, "it says 'ny,' it will live, and if it says 'mebi' it will die." The words themselves don't seem to mean anything clear in the language of the time. It's possible that Egyptians had observed that a healthy baby's yelling was a lot more reliable than something mumbled and multi-syllabic. Babies were also watched like hawks to see if they "moaned" or turned their heads towards the floor, both of which were also seen as clear portents of death.

4. That Non-Christian Children Could Be Born As "Lumps"

The Bodleian Library in Oxford has one of the most fascinating texts of the Middle Ages: the Vernon Manuscript, a giant hoard of medieval poetry and prose from the 14th century. (I mean giant in weight as well as significance; the Bodleian estimates it's 2.5 times as long as War & Peace.) One of the best bits in this vast collection, though, is the "story of the lump child," a romance about a white Christian woman marrying a non-Christian man (he was a "Saracen" king, which at the time likely meant he was Arabic and Muslim). According to the text, the woman had a child, but it was a "lump," without limbs or features. It miraculously turned into a perfectly healthy baby once the horrified parents baptized him. Scholars have called the text "simplistic, vulgar and racist," but have also pointed out that this concept, of a multi-racial and non-Christian baby being born somehow deeply deformed, wasn't all that uncommon.

5. That Babies' Yelling Could Get Them Eaten By Goddesses

The ancient Mesopotamians had a particularly worrisome view of babies crying. If they didn't quiet them, the civilization held, the colossal noise would "provoke" the gods and bring wrath upon humans and the babies themselves. The babies, and children in general, were seen as particularly vulnerable to the goddess Lamashtu, who preyed on kids until they were about three and had finished breastfeeding. Lamashtu is a figure out of nightmares: she had the head of a lion, a snake for a penis, and eagles' talons, and apparently loved to eat infants and children, particularly their bones. A prayer against Lamashtu has been found that lays out an elaborate ritual to protect a sick child from her wrath, including food sacrifices to sate her hunger, and a lot of pregnant Mesopotamian women and mothers also wore amulets to try and scare her away.

6. That Baby Girls Should Be Given Broken Bits Of Ceramic To Play With

One of the most important sources for gender roles in ancient China's Han Dynasty comes from Ban Zhao, an eminent scholar whose advice book Lessons For Women is distinguished by a very important fact: she herself was female. Ban Zhao is probably one of the most famous Chinese historians and scholars in history, which makes her perspective on female roles for the Han rather disconcerting.

"On the third day after the birth of a girl," she wrote approvingly in Lessons , "our ancestors observed three customs: first, they placed her below the bed; second, they gave her a piece of a broken pot to play with; and third, they made an offering to announce her birth to the gods." Ban Zhao explained that the placement showed that the baby girl was "lowly and weak," the dangerous bit of pot demonstrated that she should "work hard," and the announcement to the gods meant that "she should think of her main duty as performing the sacrifices in her home."

7. That Babies Should Have Holes Cut Into Them

Many people might immediately connect Aztec childhood with child sacrifice, and they wouldn't be far wrong; it seems that 42 children were sacrificed regularly to the rain god, Tlaloc, with prompts to make them cry beforehand. But even if you weren't a sacrifice, life as an Aztec kid was no picnic. According to texts, around 20 days after their birth, infants were taken to be dedicated to the temple or school at which they'd be given their education. The dedication was a very serious one, emphasized by the fact that it was sealed by giving tiny children incisions. Boys, it seems, had small holes cut in their lips into which jewels were placed, while girls were given ritual cuts along their breasts and hips. In that light, a bit of caning by a Victorian schoolmaster doesn't seem so grievous after all.