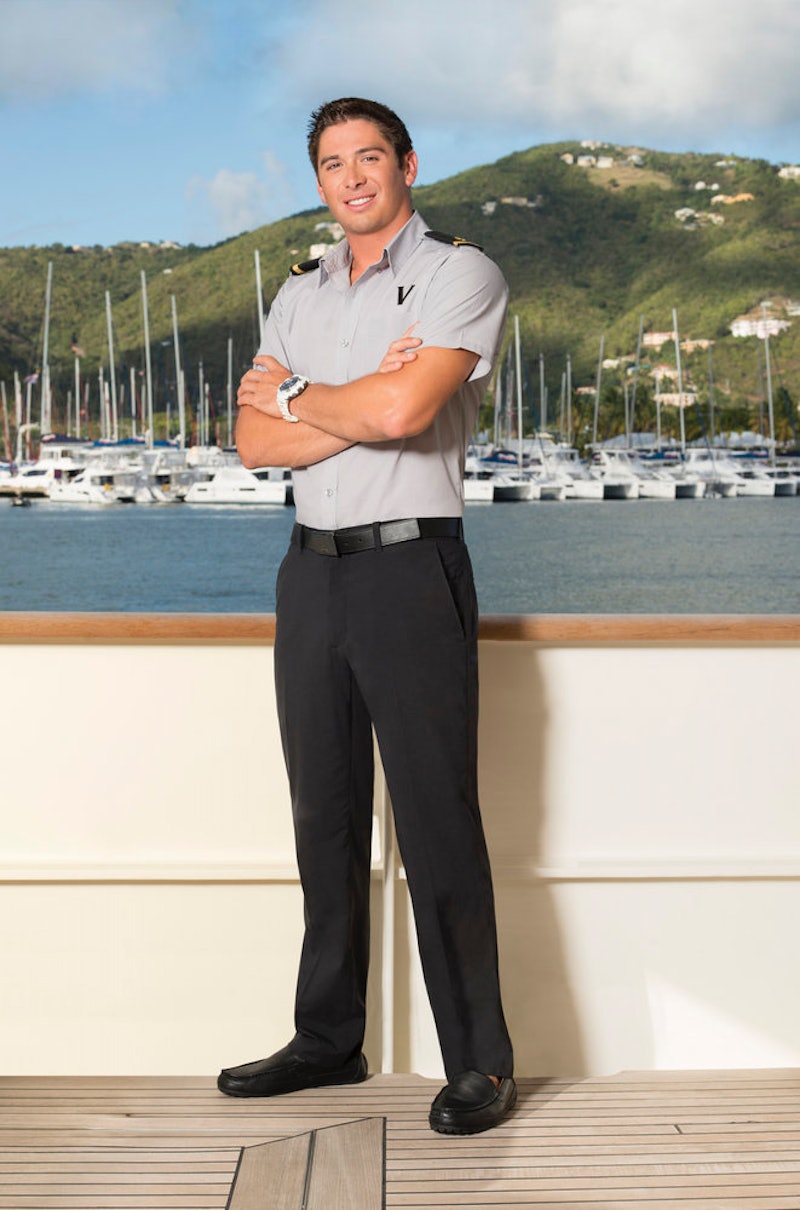 Bravo really went there when it created the reality jewel that is Below Deck. It has everything you could ever want in a guilty pleasure. It's a constant train-wreck, it has inexplicably recurring characters, and it's set on the high seas. If you tell me that you want more in your reality shows than those three things, then you are lying, sir. Below Deck Season 4 has quickly come upon us and, with it, comes a new cast of adventurous hooligans to spend a few months catering to the ultra-rich who charter yachts the way normal folks call for Ubers. One of these new shipmates sounds very interesting to me, so, who is Nico Scholly from Below Deck?

Well, according to his Bravo profile, Nico is straight out of Chicago, where he actually left a real estate career because he heard from a friend that working on a yacht is super luxurious and fancy. He was probably correct in this assumption that lead him into the yachting lifestyle, because these kids make some serious bank and end up traveling all over the world. It seems like Nico has really found his niche in this career path; Bravo says that he has worked on a few big ships and actually got his start by working for two years on a billionaire's private yacht. That's right, I said billionaire. It's a whole new world, friends.

Here are some other fun tidbits about Nico taken from his Instagram.

Sorry, ladies, bt it looks like Nico has a beautiful lady friend. The same woman appears in a lot of his photos, and the two of them appear to be very close and cuddly. I wonder how that worked while he was on charter? In the past, cast members with girlfriends/boyfriends ended up having issues keeping the peace in their relationships while filming the show. I'm talking about you, Eddie from Season 3.

2. He Likes To Party

It looks like Nico is sure to be the life of the party on board this season. One look at his photos, and it's clear that he enjoys kicking back and letting his hair down. Let's hope he brings that energy into work, because there's nothing I like better than a crew member who can't handle being serious. We need more Captain Lee scoldings.

3. He's Psyched To Be On Television

He's endearingly psyched to be on TV. It's always kind of fun to see people get super excited to be on a reality show, because wouldn't we all be that person? Nico is always posting about Below Deck, and, honestly, the marketing team should be paying him extra. He's certainly promoting the show like a boss.

I think Nico is going to be a fun character to watch this season. Let's hope there are a couple of Captain Lee dress-downs in his future just, because who doesn't love that? I'll certainly be tuning in just to see him.