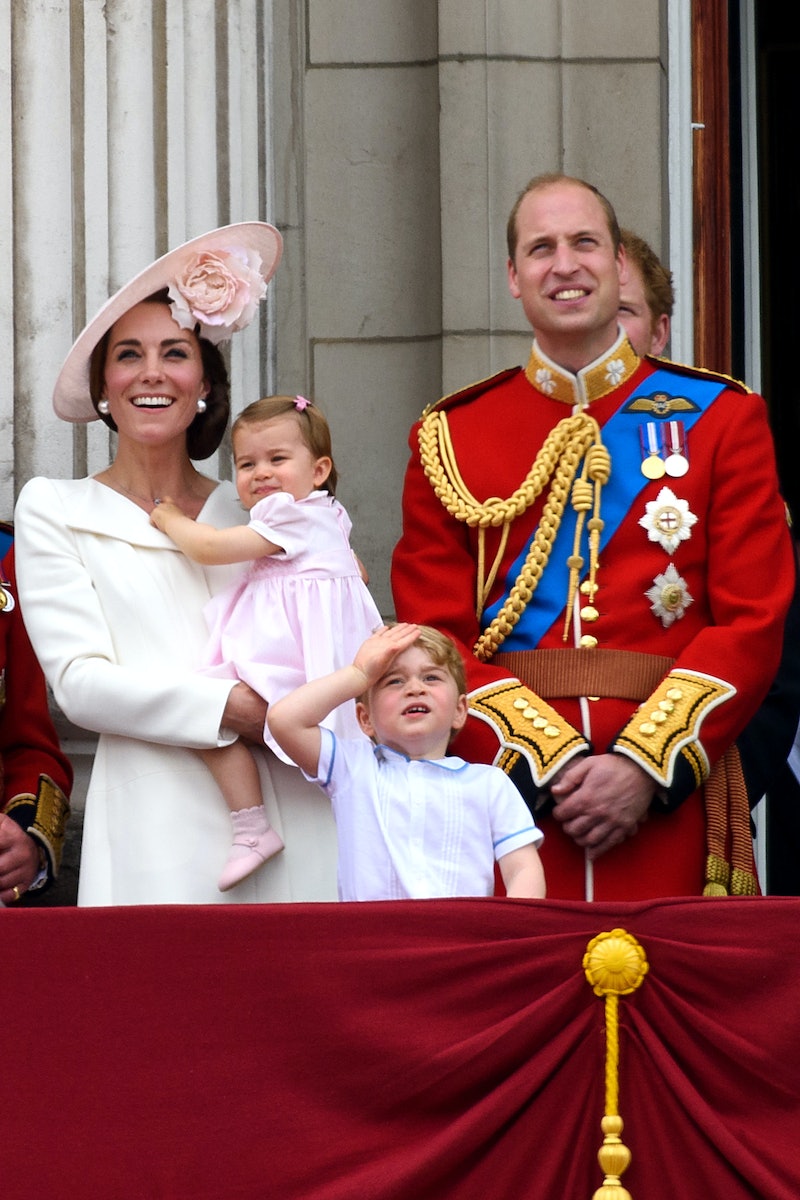 Is another royal on his or her way? According to Us Weekly, Kate Middleton and Prince William want another baby sooner rather than later. Per a "family friend" of a source, the parents to 3-year-old Prince George and 16-month-old Princess Charlotte "want a third baby soon." The insider also added, "It would not surprise me if they were pregnant by Christmas." Even though Kate isn't pregnant just yet (or so it seems), the thought of experiencing the birth of another royal baby is beyond exciting. I don't know if Kate feels the same way, since she is actually doing the birthing, but anything involving the Duke and Duchess of Cambridge and their family is just thrilling.

Despite the waiting for the baby to born, the whole process that comes with it elevates it to a whole new level. Some may not find watching the live feeds of outside the hospital for the door to open exciting, but as a royal fanatic, I'm enthralled by it. And then when that royal baby birth easel finally makes its appearance, don't even get me started. Then, there is the whole name announcement and the reveal of the first official photos of the royal baby. As exciting as it is when another favorite celebrity welcomes a child, it will never top when Kate and William have a baby.

Now, Kate does end up getting pregnant soon, Us Weekly's same source said that would lead Kate and William to reduce their royal tours in 2017, especially since Kate suffered from severe morning sickness, also known as Hyperemesis Gravidarum, with both George and Charlotte. Also, they'd probably want to take the Zika virus into account, which can cause birth defects in unborn babies. "I think they both would have been overwhelmed at the thought of a third child a year ago, but now it sounds perfect," the source said. "They've both always wanted a big family."

All of that doesn't really matter at this point in time, because a third royal baby is nothing but a rumor right now. But, that doesn't mean Kate and William's biggest fans can't get excited about the idea.