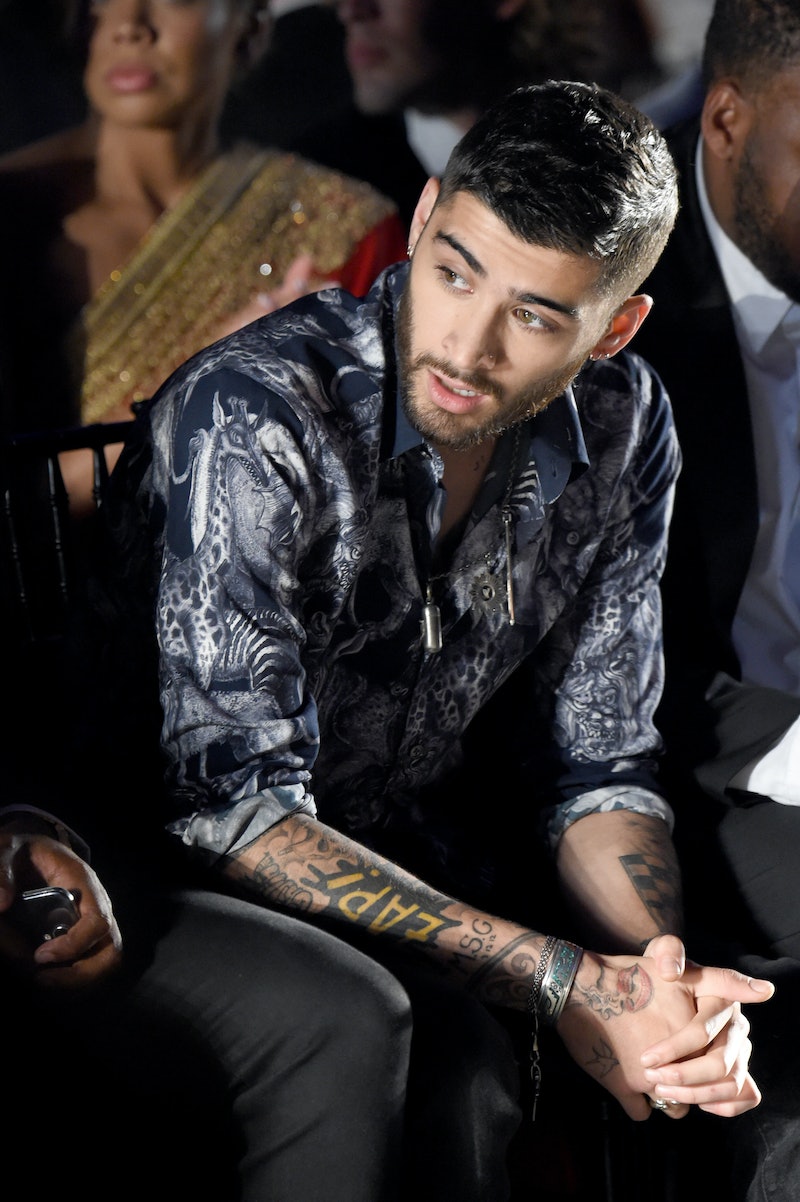 There's one person that's not very happy about Zayn Malik's new television show, and that person is Simon Cowell. While Boys sounds incredibly exciting, will feature original music, and airs after Empire on NBC, Cowell isn't impressed by the subject matter. And there's a very obvious reason for that: Boys is going to be about a new boy band, and all of the pressures they face on the road to success. Since Zayn's involved, it seems likely that his experiences with One Direction are going to influence the show heavily. Somewhat understandably, as the person who helped put the band together, Cowell isn't happy that Zayn developed the project before speaking to him.

In an interview with Entertainment Today, Cowell said, "I think he should have come to me with it, if I'm being honest with you." Despite not being in a professional relationship with the former 1D singer anymore, the former American Idol host is obviously still extremely protective of the band. Also, since he put the five singers together when they appeared on the British version of The X Factor in 2010, the talent show judge feels as though he has a claim on any content related to the band. However, Zayn's Boys is likely to draw inspiration from a variety of sources, and the show will feature original music, so it can develop its own style straight away.

Zayn's popularity speaks for itself, and the fact that he's developing a new TV show demonstrates just how much faith people have in his ideas. While it's natural Cowell would dislike the subject matter of Boys , without seeing the show or knowing the exact content, none of us can claim that it's been directly stolen from One Direction. While this might seem like Zayn is dissing One Direction yet again, there's no reason that the musician's new projects should stop Cowell from working with him again in the future. Zayn wanted to leave the band to pursue different projects, and develop his own sound. He's more than achieved that, and, hopefully, Cowell won't hold any longterm grudges against him because he wasn't consulted.

However, the talent show judge certainly isn't impressed with Zayn's latest announcement, telling Entertainment Today, "I just think they should come to me with these things. I do actually believe that when they've got these ideas, bearing in mind where we started, they should actually come to me." So, at least, for now, Zayn and Cowell aren't on the best of terms. But hopefully their bromance isn't over for good.