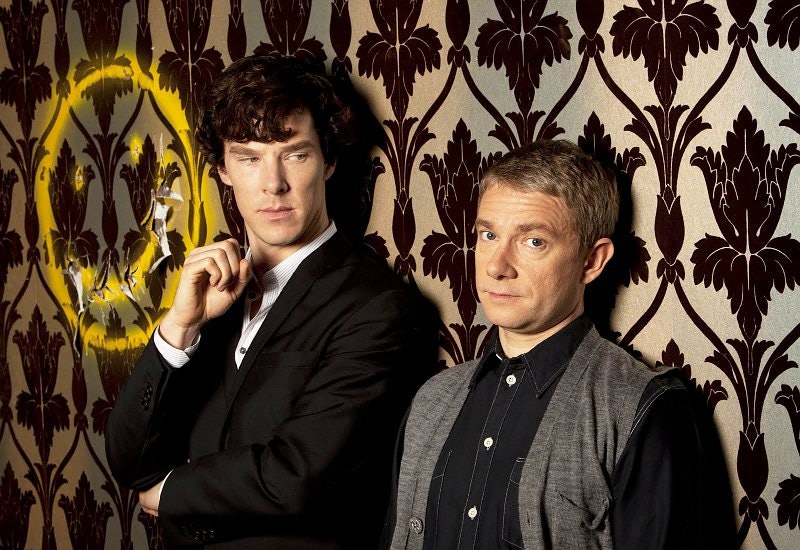 I love TV. Comedies, dramas, obscure British shows only eight people watched — as long as it is good and has at least one character I can actively root for, I'm there. The one part of the TV experience I struggle with is diving into a show after it has been on for more than two seasons. The task of catching up on five seasons worth of TV is just too daunting, I much prefer shows you can Netflix in a weekend or less. When I'm in the mood to marathon a new show, I want to know I can reach the end in a couple of days instead of half a year.

I know I'm not alone in my love of no fuss TV marathons, so I have combed through Netflix's extensive collection to find the best shows and miniseries you can watch in just one or two sittings. These shows are absorbing, entertaining, and, best of all, short. From one season wonders to those meaty British dramas you've been meaning to get to, these 23 TV shows are both manageable when paired with your busy schedule and well worth the time investment.

The next time you need a TV show to marathon on Netflix, but you don't feel like diving into a 10 season behemoth, consult this list to find your next favorite series.

Benedict Cumberbatch completely reinvents Sherlock Holmes for the 21st century in this show that deserves every ounce of its hype. There are three seasons consisting of just a total of 10 episodes, and with Season 4 coming in 2017 now is the perfect time to catch up.

An epic, sprawling tale of life in the Bronx circa 1977, this Netflix original is made for music lovers.

Don't let the episode count fool you. With each episode coming in under the 30-minute mark, a weekend is the perfect amount of time to devour this short-lived workplace satire.

If you haven't met Eleven yet, then you need to devote eight hours to Season 1 of this fantasy masterpiece as soon as possible.

5. The Spoils Of Babylon

Hilarious, packed full of famous stars, and completely irreverent, this send up of epic melodramas is perfect for when you need a quick jolt of high quality nonsense.

Gillian Anderson steals every scene in this cat and mouse game between a serial killer and a brilliant detective.

Love the power plays and battles on Game of Thrones, but could do without the fantasy element? Here is your new favorite show.

It's been a long time since a space drama with this much mystery and bite has come along. Season 1 is on Netflix now, so marathon it and then head to Syfy to watch Season 2.

Cancelled after one all too short first season, Terriers is an addictive private detective show about two lovable, down on their luck guys who stumble onto a case that's just a little bit out of their league.

Indulge your inner misanthrope with a visit to the most disorganized book shop in England.

Why there were only eight episodes of this quirky, delightful comedy is a mystery to me. It's funny, silly, and has an amazing female friendship at its center.

Sometimes you just want to watch something silly and fun, and Tin Man will satisfy both of those cravings.

The subject matter is difficult, but this miniseries is exquisitely made. This may be Elisabeth Moss' best performance to date.

Krysten Ritter, Dreama Walker, and James Van Der Beek are the comedy trio you have been waiting for. Don't let the episode number scare you off, as all together, the episodes add up to a little under 13 hours, and you will be laughing so much you won't be watching the clock.

Once you've basked in Ritter's comedic prowess, watch her own Marvel's best TV series to date.

The show formally known as Scrotal Recall is a hidden gem about love in the modern age.

Felicia Day's hit web series is compiled into six episodes of gaming goodness on Netflix for those days when you just want to geek out with people who get it.

A group of post-war female code breakers put their talents to use to catch killers in this gripping drama full of intricate female characters.

Aziz Ansari's comedy isn't just funny. It's insightful, thought-provoking, and one of the best love stories to ever make it to TV.

The next time you need a show to marathon, but you don't have much time to spare, queue up one these gems on Netflix and bask in the joys of the short TV show.

More like this
What’s New On Netflix: 'Stranger Things' & 'Mean Girls'
By Arya Roshanian
What’s New On Netflix: The Return Of 'The Umbrella Academy'
By Arya Roshanian
Here’s Everything Coming To & Leaving Netflix In July
By Grace Wehniainen
'Stranger Things' Fans Are Begging For Steve To Live For The Funniest Reasons
By Grace Wehniainen
Get Even More From Bustle — Sign Up For The Newsletter