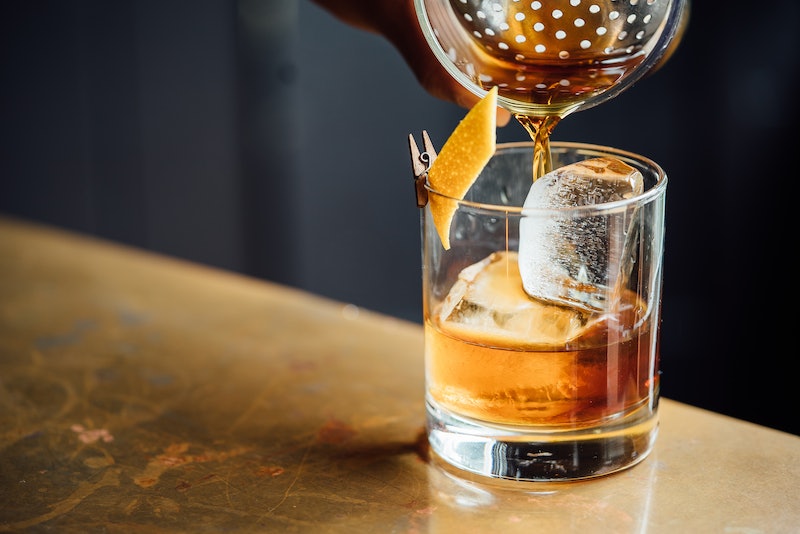 There is no shortage of benefits when it comes to working out. We already know that exercising can make us smarter, give us better orgasms, and improve our memory, but now a new study is tackling a different question: Does exercise offset alcohol, too? The research says yes, to some extent, but is that enough to say we can drink to our heart's content totally guilt-free? Probably not.

For many of us, happy hour gives us something to look forward to when we get off work at the end of the day. Drinking is a huge part of our social culture, so it makes sense that scientists are still trying to figure out how we can mitigate the adverse effects of alcohol. Indeed, there's a growing body of research looking at the relationship between exercise and alcohol, so we can now add another to the list. In the current study, which was published in the British Journal of Sports Medicine, researchers followed more than 36,000 individuals ages 40 and older, recording their exercise habits, drinking habits and, over a 10-year period, their death rates and causes of death.

So what did the study find? First of all, the report confirmed that boozing is directly associated with a higher risk of dying early due to cancer or other causes (duh, no surprises there). In layman's terms, that basically means if you booze, you lose. But then, here's the more interesting part: The researchers also discovered that participants who exercised for at least 150 minutes per week had slightly lower death rates — but only if they had just one or two drinks per day (the recommended amount). Participants who drank more than that were out of luck, no matter how many workout routines they clocked in.

Does all of this mean we can all go out and start getting wasted? Not so fast. I'm hesitant to think that exercising totally cancels out the negative affects of alcohol on the body. That would be like saying it's OK to skip your acid reflux medicine tonight as long as you take an extra dose tomorrow. There is definitely still such a thing as having too much alcohol, which the researchers acknowledge in their study. It's also important to remember that there are several other factors that could come into play, such as a person's genes and surrounding environment.

For now, better stick with the occasional drink — and keep on exercising.