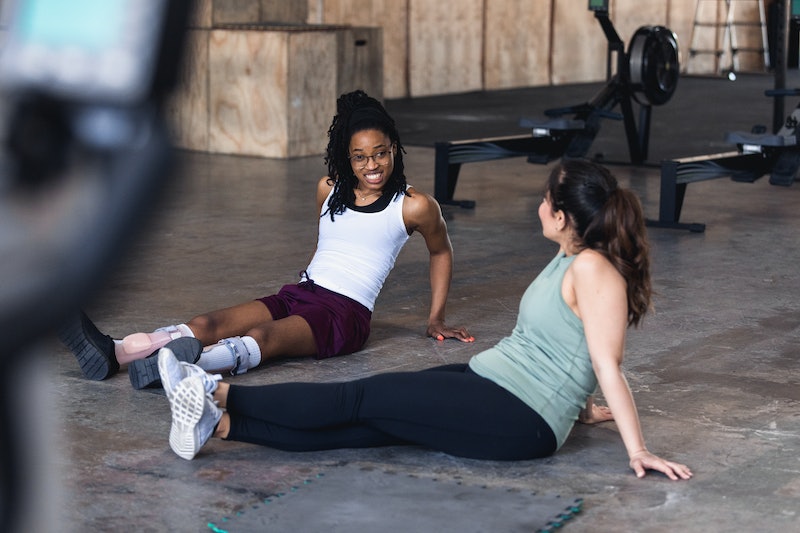 Not all friendships are meant to last forever. It's an unfortunate but natural reality. When we're younger, we're so keen on tying double knots on all of our friendships. We want to brand each other with our commitment, with necklaces and bracelets and pinky swears. We want to be sure that it's safe to open up our hearts to each other. We want to know that the people we choose to spend our time with and tell our secrets to will be there to spend time and hold secrets forever.

But in tying those knots, we don't account for change. We don't account for growth. We don't have the foresight to see that the bonds that tie us together at one point in time might not have the same strength or purpose at another point in life. And what's more, we can't wrap our heads around the concept that someone who wore the other side of our jagged heart necklace might one day become a stranger — and that it's OK for that to happen. The end of a friendship isn't always a bad thing. Sometimes it's the healthiest thing. Sometimes it's the most natural thing. That said, it doesn't make it any less weird when you start to notice that a friendship is coming to an end. These are 11 signs you might start to notice when you get there:

You start to realize that if you don't reach out to talk, your friend won't either. It's become completely up to you to initiate conversation, and it seems like your friend is happy to have that space. If you go silent for a while, she's not wondering where you are.

She's No Longer Your Lifeline

When something happens, good or bad, she's no longer the first person you want to share it with. Your instincts have lead you elsewhere. You might be preparing yourself for a split you see coming.

Plans Are Put Off

It's totally normal for friends to go through periods of time where plan making is hard. But if your plans fall through and your friend doesn't make it a priority to reschedule, she's basically saying that you're no longer a priority.

If your friend has started to hang out with someone new and has been taking time away from your friendship to put into her new friendship without trying to include you, she might be moving on without you. For some, it's hard to make new friends and keep the old.

If you're finding out about your friend's life events via social media, you're obviously not as close as you used to be. Neither of you feel the need to give each other the privilege of hearing news personally, first.

There's Nothing To Talk About

When you've finished with catching each other up on your lives, you run out of things to talk about. Whatever bond you had that allowed you to talk about anything and everything and have things in common is now fading. It's stressful to keep a conversation going.

When you're not feeling confident about a friendship, you're less likely to make plans for the future. If the two of you are having trouble locking in a hang time, it might just be because you simply don't want to. When people want to do something, they make it work.

You no longer feel totally confident that you can confide in this person, and they might be feeling the same way. You used to share secrets all the time; it's part of what made you so close. Now, your conversations are much more surface, you can tell you're both saving your secrets for other people.

You're No Longer On The Same Team

When your friendship is strong and tight, you naturally find yourself on the same side of things. You defend each other, you always try to see things from the other person's point of view. But when your friendship starts to fade, you lose that allegiance. You might start to notice that you don't feel like you have each other's backs.

You're Using Each Other

Most of your interactions have to do with favors. You might only reach out to each other when you need something. It's more likely that you'll text to ask for an answer to a question than you are to text with a check-in.

You Can No Longer See Value

The people we want to keep around us, are valuable to us. We see virtue and purpose in their friendship. If you're fading out with a friend, you might start to look at them differently and have trouble answering the question: what do they bring to your life? If the answer is not overwhelmingly positive, you might be on the way out of a friendship.