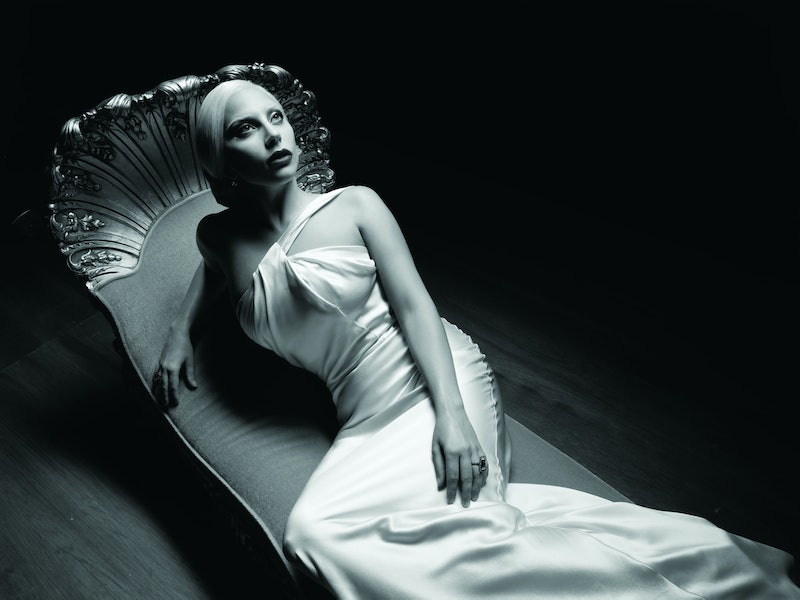 Something is definitely different about American Horror Story Season 6. No, we don't know the subtitle yet; nor have we seen any actual footage from the impending installment even though it premieres this Wednesday night. But I'm not talking about the top-secret nature of the season's plot. Rather, I'm referring to its surprisingly early debut: this is the first time in AHS history that the anthology series is premiering in September. What does this premature premiere mean for the future of the show? Will it affect how long the season runs for? How many episodes are in AHS Season 6, exactly?

Typically, each season of the Ryan Murphy horror show premieres in early October and runs through mid-December before taking a small break and returning for its remaining handful of episodes in the new year — so it appears that one fortunate byproduct of this shift in timing is that Season 6 won't be forced to go on hiatus for the holidays just as the story is entering its endgame.

If that's the good news about the change in scheduling, then the bad news is that, yes, it looks like American Horror Story Season 6 will have fewer episodes than ever before. Although FX itself has yet to confirm the exact episode count (and has only released press releases for the season's first five episodes), SpoilerTV reports that it "has learned" that the upcoming season "will only have 10 episodes" rather than the 12 (Seasons 1 and 5) or 13 (Seasons 2-4) that are customary for the show. That would put Season 6 on track for a Nov. 16 finale, rather than sometime in January. (Bustle reached out to FX for comment, but has not yet received a response.)

Before you go making a Ryan Murphy voodoo doll out of spite, there may be a silver lining to this particular piece of bad news. Even though the sixth installment may very well have fewer episodes than the rest, we may in fact be getting more episodes of American Horror Story than ever this season. How exactly does that work, you ask?

Back in August of last year, Murphy revealed that, following Hotel, he and his staff were entertaining the possibility of creating two installments of the show in one TV season. "Next year we might do a fall American Horror Story and a spring," he teased to Entertainment Weekly. "We’re doing something that we’ve never done before on the show where we’re doing two different groups of writers rooms."

If that idea panned out, then suddenly everything makes sense: the shroud of secrecy lurking over the show this year, the earlier premiere to separate the two installments, and the reduced episode count in order to accommodate the production of a whole extra season. But even if Murphy's bonus season didn't pan out, a shorter Season 6 isn't necessarily a bad thing in and of itself. As awesome and scary and decadent as American Horror Story can be, some seasons have admittedly suffered from a lack of focus. Sometimes less really is more.

Fortunately, that's a lesson that Murphy seems aware of. When he teased the possibility of doing two installments in one season to Entertainment Weekly, he also dished a little on Season 6: "The next thing we’re crafting up is very, very different than this. Not smaller. But just not opulent. More rogue and more dark." So even if Season 6 is "smaller" in terms of literal episode count, AHS fans can rest assured that it won't be any "smaller" in metaphorical terms of ambition, production values, or big-name stars.

The short and not-so-sweet American Horror Story Season 6 will premiere this Wednesday at 10:00 p.m. ET… and Season 7 will premiere in early 2017? Maybe. Add that question to the list of mysteries swirling around the anthology show these days. Hopefully some of them will start being answered now that the show is back, just in time for fall — and Halloween.