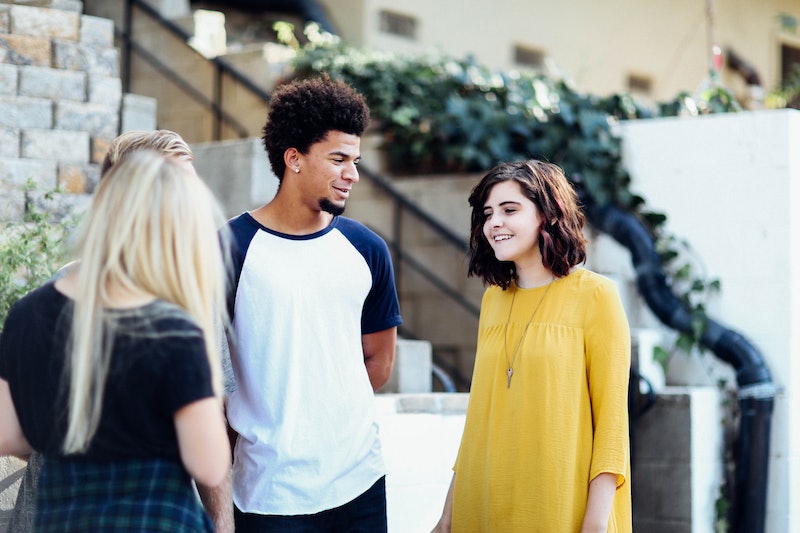 I love children. I coo when I see a newborn, have a strange desire to squish a baby's chubby cheeks, and think that kids — with their frankness and no-nonsense, direct way of addressing life — are awesome. I've babysat kids, I've worked with them at conferences and I was even, briefly, a teacher's helper in a second grade classroom, where I was awash in pride when my kids succeeded on their tests and overwhelmed with sorrow when they struggled. I can't wait for the day my brother has a kid with his wife, so I can be her favorite aunt and spoil her rotten while her parents look on in horror.

But I have no desire to birth a kid of my own.

You might be thinking, “That’ll change!” or “Just you wait until you find the right man, and then your knees will buckle with the desire to carry his seed in your womb.” I disagree with both those statements, but thanks.

I don’t want to give birth to kids, but I do want to have children. It’s just that I want to adopt, and I want to adopt an older child, not a newborn.

Here's why: because they are the ones who get left behind in limbo.

A 2002 study by the CDC looking specifically at women who adopt showed that most women prefer to adopt a child under the age of two, and in fact, "Two-thirds of women...would not accept a child 13 years of age or older or a child with a severe disability."

Adoption of older children comes with its own special set of challenges to overcome, in part because the children have experienced a loss that they remember. It will take hard work to be a good mother to these children, but it's work that I'm willing to put in. There are a lot of hurting children in the world, children who have lost their parents and experienced months, if not years, of feeling unwanted by anyone else. These aren't easy challenges to overcome.

So I want to give someone a home, a mother’s love. I just prefer to give it to someone else’s child rather than one I give birth to.

But they’re important challenges to overcome. Everybody deserves to be chosen, to know the love of a parent, to have a home that’s theirs, truly theirs. Everybody deserves to have a parent to call “Mom” or “Dad;” we all deserve to know that there is someone waiting for us who loves us with everything they have, with all their heart, willing to sacrifice anything and everything for our wellbeing.

That’s the kind of childhood I had — one where I knew I was wanted and desired. I was raised by my birth parents, and the only knowledge I have of the experience of an adopted child comes from what I’ve gleaned through reading about their experiences. Which means my understanding is flawed.

I once interviewed a Girl Scout who won the Gold Award because of a project she initiated to donate suitcases to foster children. She explained that she did that because she herself was a foster child, and growing up, she had to keep all her belongings in trash bags. She lost most of the pictures and mementos she had, because she was shuffled from one house to another without a proper way to carry her treasured belongings.

She’s one of the lucky ones who was eventually adopted and given a permanent home. And she was doing what she could to give back. She recognized that she was now in a place of privilege, and she wanted to help.

I can recognize that I am in a place of privilege as well. And my heart aches for all the children and teenagers who don’t have what I had.

So I want to give someone a home, a mother’s love. I just prefer to give it to someone else’s child rather than one I give birth to.

It won’t be easy, and I’m not arrogant enough to believe that adopting someone will solve all their problems. But I do believe love can solve a lot, and I know I have it to give.